There are currently no online streams of KI on Twitch right now. Only one Russian guy with two viewers. No English talking streamers.
KI is being the best fighting game and the least present on Twitch.

So why that happened?

1st of all I was experiencing a bug with KI streaming on Xbox One. The sound wasn’t recorded each time. Instead there was just some clicks and noise. I don’t know if it fixed now, but it was here for like 2 years or more.
Though it can’t be the only reason.

So people, what do you think? Why KI was so small on Twitch from the beginning and now became just non-existent?
I think this is very important to keep the game alive

is that a denial phase?
For me KI is the best fighting game. But I can’t disprove the fact that it’s non-existent on Twitch. https://go.twitch.tv/directory/game/Killer%20Instinct

My question is why?

Perhaps if “You” made some KI Twitch streams, that will remedy this issue.

BUT, you have to target your audience and share your link with them.

I was trying. but the game was always without sound from Xbox One. That’s some kind of bug. I would like to stream every time I play. At least to inspect matches later.

When you made this post it was very early in the morning. A lot of KI streamers don’t stream until the early evening to late night, that may be why lol.

Timing is everything. KI doesn’t have what I would call a gigantic Twitch community but it’s pretty typical for me to see four or five streams going if I ever look. There have been some prominent Twitch streamers who have created a negative atmosphere around the game in their channels and this has contributed at least somewhat to a smaller streaming community.

I cannot always devote time to streaming or watching streams even though I would like to. However there is at least one thread devoted to posting times and invites to streams. @FallofSeraphs76 streams KI and other games fairly frequently, @INDIxion is a very regular streamer with a very professional setup who supports KI a lot. @STORM179 streamed regularly before his recent relocation (I’m hoping he starts up again), and @ItzTymeToDul is another great player who I know will at least occasionally stream. Some of the UA guys (wheels and bass) still stream KI every now and again. So they are out there if you look.

@Infilament will sometimes stream and then post you tube videos of match analysis which are brilliant and criminally under viewed in my opinion.

this is an AAA game. So I suppose there should be like a few dozens of streams with 100-200-1000+ viewers.
That’s never the case, no matter the time of the day.

You can suppose whatever you want. Good luck with your stream.

Its not a bug… maybe your setting are wrong? Maybe your streaming setting in your Xbox have Game sound down to zero and only Mic volume on?

This is quite common twitch app bug on xbox one (with kinects I suppose).
clearly not settings issue.

also mine case is particular, The question is why there are no popular streams in general

There is nothing wrong with streaming KI for fun…but if all you are worried about is viewers…then you are doing it fro the wrong reasons.

Fighthing games are AAA, but they don’t gather the ammount of viewers other genres do. It’s not just KI but in general,and it fluctuates on how big is the playerbase and how popular is the fighthing game.

Well known players or popular streamers tend to have more viewers ,but tourneys are usually the ones that gather more people.
If there’s more than one laguage (you said russian?) the better,because you can expand and promote the game in your region.
When I streamed some KI , guys in my country were happy to see a Spanish stream, but the truth is that most active viewers speak English,so having some basic English skills help too.

I would stream, but the ISP just went nuts and I see no solution for this. My internet is getting worse each day that goes on. If my boyfriend ,who has like 5 times my download speed, is also having difficulties I’m even worst. Very sad because it’s used to be a lot better.

Anyway, that’s an Xbox and my ISP problem they won’t ever solve (they do not care about consoles)
And what you said about Kinect, try to hard reset and adjust it. Check it has all the updates and stuff. Once I had the same problem with the game but kind of solved after reseting the console and unplugging and setting Kinect again.

Fighting games are actually very poorly viewed on twitch in general (except during tournaments). Even our best tournament players will really only get 500-600 viewers, even if they’re streaming SFV or whatever. Really only Maximilian and Aris get views in the thousands regularly, and they just as often will stream a non-fighting game as a fighting game.

KI is definitely under-represented on twitch, for reasons Andy described – many of us used to love going on twitch to support the game but the negativity was really high for a while there, so we just gave up entirely. But even so, non-tournament FG streams in general have pretty low views.

mixer is even less popular for KI.

this is an AAA game 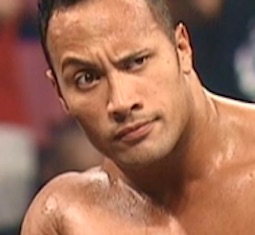 KI is definitely under-represented on twitch, for reasons Andy described – many of us used to love going on twitch to support the game but the negativity was really high for a while there, so we just gave up entirely. But even so, non-tournament FG streams in general have pretty low views.

Can’t deny that this has some truth to it. But i will say i’ve, personally, found more enjoyment out of the new players that are just now picking up the game or are giving it another shot. It’s kinda close to what i’d hoped would come of the Steam release of KI; fresh and relatively unbiased eyes taking in a fighting game and letting the game stand for it’s own merits and shortcomings. And for the majority of the time at this point, nearly all of them are enjoying their time with the game. Very early to say, but they’re starting small communities of their own that are mostly either positive or critical without being depressing.

@ItzTymeToDul sentiments echo my own; I don’t define ‘populartity/sustainability’ by Twitch/StreamMe/Mixer/YouTube viewer counts. I’ve hung out in these streams more than others as of late. Sometimes to offer a couple of pointers and tips to the player(s), sometimes to engage with the chat, sometimes to just watch players explore and not say anything. Point being, they’re just having a good time with the product and having a chill chat and community. It kinda reminds me of something you’ve stated Infil, where you’d watch older videos of Grimmz and his general feel was just really laid back on stuff. Well before my time, though.

Either way, myself personally? If i’m watching KI on a streaming platform, i’m looking to the smaller streamers and channels a lot of the time now. I’m probably not going to find high-level play, fast-paced mindgames, ridiculous setplay, amazing reads or tech to steal. What i have found is certainly enough for me, though.

I only started watching KI streams this week (started Tuesday). Here’s my experience.

Tuesday, I caught Menzo on his weekly Tues night KI streams. He had 40+ regularly viewing over about an hour or so watched. Over the next couple days, PaulB and LCD streamed. I watched each for 30-60 mins and I think LCD had a solid 60+ viewers and PaulB fluctuated between 80-100 viewers for a solid hour. PaulB even streamed on Friday night and still got I think in the 60s or 80s.

Then tonight, a Sat, there’s like 20 viewers total across 3-5 streams throughout the night. So, it just seems to fluctuate. When a big name streams, ppl watch. But big names aren’t always on. But PaulB did say he and LCD are streaming more now, so I’m guessing the #'s will go up when they stream. You can still catch Menzo’s weekly Tuesday night streams. He’s a pretty welcoming, interactive guy.