KI on PC is a huge mistake

news flash, microsoft doesnt care about xbox sales anymore. all the next big games are gonna come out on windows 10, so ki beeing on pc, is really not the biggest problem for xbox1.
it’s stupid I know, but if this is their new policy, what can you do? investors never liked the xbox division.

It’ll be worth it for the S1 retro mods alone. Since we clearly aren’t getting new retros.

I have a dream, that one day killer instinct will be more popular than street fighter.

and with more people playing it on pc is a start

never gonna happen.
ki is xbox-pc only.
sf has always been an all around franchise. sf5 is just the exception, since it’s exclusive, but Sf as a series has been ported almost to every system ever.

A guy can dream

I would not Say it s a bad idea. If it allows the community to get bigger, it s cool for us.

But i would have appreciated not sacrifice some things, as stages for everyone.

One thing is sure, the better idea would have been to concentrate on the ONE version first, and the PC port on a second hand.

I don’t think it will, because we got a ton of consoles out already it’s been a few years and Consoles are still going in.

To me it means more KI players.

That has nothing to do with KI though, but rather the fact that there aren’t many other good games coming out to Xbone.

In my opinion they both pretty equal. I did find some decent exclusives on PS4 like Primal Carnage Extinction but other tan that I don’t really play on it that much. Still fun though. But all the other supposed “good titles” are either one player or just don’t have anything about it that interests me.

I’m not a console fanboy so it really isn’t a big concern.

I think really if the PS4 was doing any better it was becasue console fanboys had way too much fun trolling and fasle truth throwing out and hardly any rashional minds were in play.

That has nothing to do with KI though, but rather the fact that there aren’t many other good games coming out to Xbone.

As someone who has both it’s based off preference.

it may be preference, but objectively, ps4 has more games and many of those can be played only on ps4.
microsoft instead is selling xbox as a console, when instead it’s just a windows10 machine for people who dont want a pc.
and let’s not talk about sales…

@KRX8 All I am going to say is this 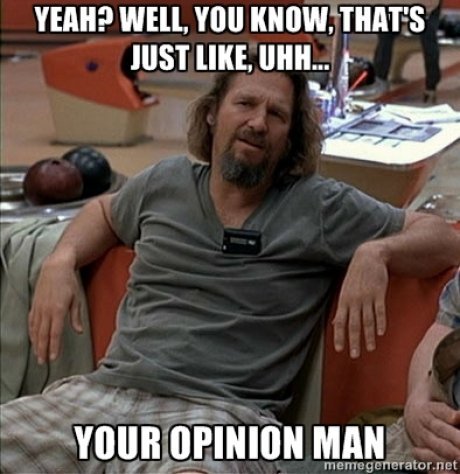 It always rmeains as opinion. PS4 may have more games but doesn’t mean anything if any of those games do not interest me. Luckily I have found some games on the PS4 I enjoy just as I enjoy on the XB1

More players = increased hype! Forgot consoles sales, you’re not getting paid from Microsoft, so why do you care? Leaks don’t hurt games, they only create more hype for that movie/game etc.

This is one of those times, just like when people were arguing about how much KI should cost on PC, where I’m seriously left thinking that people who are hardcore fans of a thing have a completely different evaluation of how much it should cost/how much its worth. We saw that clearly when people were complaining about the pricing for season three.

Needing to buy an XB1 to enjoy the game is a barrier to entry. Needing to then buy live to play online is an additional one. At each step of the way, people are going to jump off that train, because the cost simply isn’t worth it to them. They’ll just find another game that requires them to invest less. Remember that they are not as hardcore as you, or they’d already have bitten the bullet.

If your goal is to create a community for your favorite game where only the most hardcore of the hardcore are welcome, the perspective shown by the OP is the best way to achieve it. If you actually want to insure the game has the best chance for making as much money as it can, gets as big as it can… You may want to change your way of thinking.

I can understand why a lot of you guys are not happy the game isn’t getting 5 more stages. If I wer as hardcore as you guys, I probably could have been a little angry as well. You guys don’t know the budget for the game though. You don’t know what percentage of the budget was actually spent on porting VS relighting VS reworking characters vs music, vs new characters… You may have suspicions to go along with those frustrations but you don’t know.Blaming the PC crowd for those frustrations, for not being hardcore enough to buy an XB1 is completely counterproductive to achieving the goal of making the game better in the long run.

Even this topic isn’t really helpful to the cause of getting more people to play the game. Its surely not creating an environment where new PC players feel welcome. Considering PC players are the biggest new market the game has, it may be worth your while to try welcoming us on to the hype train, rather than giving us reasons we should consider jumping back off

sure, people expressing their thoughts on a board is reason enough for you, not to play the game you were interested in.

Honestly I’d say both systems, besides Ki, have really mediocre games that I would never play.

XBOX One:
Scalebound
GOW Judgement
Rare Replay (to be fair it was fun for a time)
20+

I’m not hating but so far the only game worth while for me on both systems:

I guess IMO This generation GAME-WISE hasn’t been fun for me besides KI.