I’m thinking they will get around to that, I mean people obviously love the game

I would buy as many as I could, I really want a Tusk figure.

Hopefully when they get around to making a Rash figure they manage to prop him up somehow, since he doesn’t have a stage.

Maybe one day…we gotta get a Spinal release date first

He’d probably just be on his Bike,

I want a light up firecat 9" Orchid

I hate to be the bringer of bad news, but do you really think they will keep making figures if IG stops making KI? We are about 2 months from the end of S3 and there is still no news of wave 2 figures.

Don’t get me wrong, I would love a Riptor figure

I don’t see why they wouldn’t make the whole cast? They are popular and selling very well.

Why not the entire cast?
Including the guests!!

I can imagine this could happen. They’ll get extra colors and all.

From what I understand they were having issues with quality control with Spinal (don’t quote me on that), and I know for sure there have been some problems with the ones that have been released…the soft plastic parts on figures tend to bend under the figures’s weight (Fulgore’s/Hisako’s feet), figures with missing accessories, bad paint jobs on eyes, etc…not to mention the confusion over the “exclusive” Shago…I’m wondering if they’re going back to fix quality control or deciding they may not be wanting to continue their KI figure line. They have been pretty quiet as of late.

To be completely honest, the face on the Spinal figure we were shown a while back was pretty bad.

I wouldn’t buy rash lol. I think he’s an awful fit for Ki

Ya I could see quality controls I had to have my hisako replaced due to the legs. They should’ve just make them into a action figure sets for collectors then into light plastic statues lol.

I think funko or pop! Killer instinct figures would be aMazing.

A lot of people have made mattel or marvel repaints of orchid maya and kim Wu- i have a Psylocke i am making from a Mulan Figure. Very cheap but the aesthetic is there.

I’m not sure if they will get to the whole cast I’m just glad orchid is coming even though she is Antarctic Pale as Opposed to Hawaii Tan Bronze as the in game model. The figure face literally looks like Kylie Jenner pre surgery compared to the Angelina Jolie sultry video game model 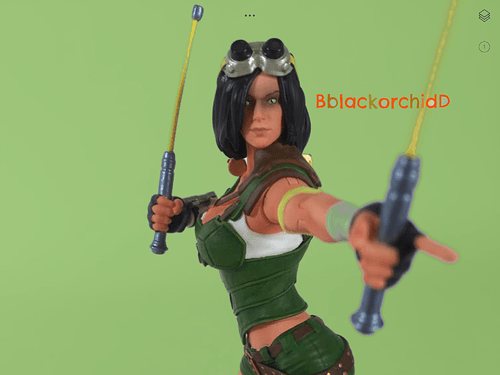 I would love a General RAAM figure, but I’m not counting on it. We might get Rash but I think they confirmed no Arbiter figure and as a result I’m not expecting a RAAM figure.