So, I’m working on a whole batch of character stories and concepts for my ideal KI4. But, I want an idea of what’s going on in the comics, just so I can take them into account when coming up with new concepts and coming up with futures for the old ones. If someone doesn’t mind spoilers, post what I need to know either here, or in a DM. Please.

Also, were the Wendigo in the comics yet? What did they end up looking like?

Has someone DM’d you yet?

No. But I did find a way to actually read the comics. So, no need. Honestly, I was expecting more. So little happened and so little characters appeared. Where was Maya? Orchid? Thunder? Riptor? Hisako? Eyedol? Sabrewulf? Sadira? TJ Combo? Omen?

And WTF happened with Aganos?

Yeah. I’m not gonna say I was disappointed, the story was good and fun, but it was smaller than I was hoping.

And what happened to Aganos? What do you mean?

Like. Is he a god or something. We’ve never even heard of “Light Lords” before. Is he a Guardian? Can he come back? Is this comic even canon?

First off, I was lucky enough to have a nearby comic shop with a cool owner who held the KI comics with the coolest covers for me. (The Kan-Ra version is still my favorite!) 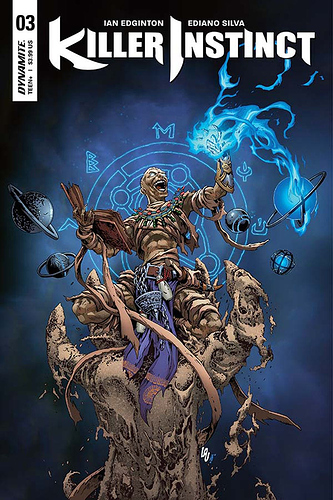 As for your pression questions, I might have some of the answers you’re looking for- BUT BEFORE I CONTINUE, THERE WILL BE SPOILERS BELOW!!!

In order, yep the Wendigos showed up really early in the story, and they were the deer-skull-faced horrors as seen on the cover of the second issue. (Gross, but cool!) They were the subservient grunts working for The Coven, who did their best to take down Jago, Kim-Wu, and Tusk. The survivors all got participation awards for trying. 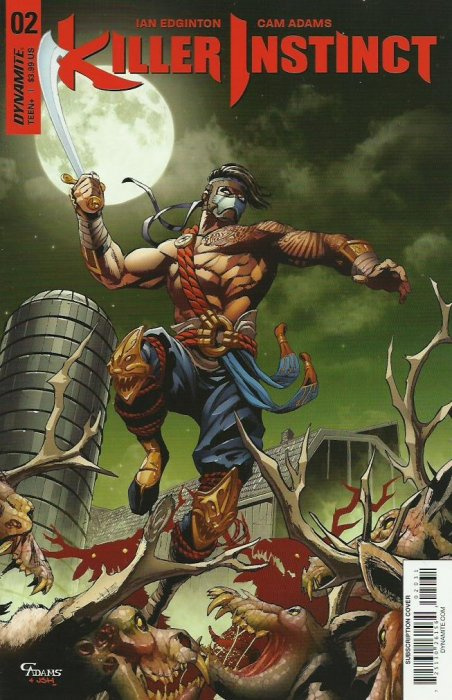 Plenty happened in the comic’s story, especially if you consider it less “more KI adventures forever!” and more “setting KI fans up for the future of the story” with this story. Yes, it’d have been cool to see my favorite monsters in action, but just because Sabrewulf, Riptor, and Eyedol weren’t on the pages, it doesn’t mean that they weren’t doing cool stuff elsewhere. I can’t speak for most of the cast that you listed off, BUT if you break out your magnifying glass, you can spot Hisako, Omen, Maya, Thunder, and if I remember correctly, Shadow Jago in a scene depicting the end-of-the-world battle against the forces of Gargos.

Ah, and not only is the comic SUPER-CANON, the true form of Aganos was hinted at in Shadow Lords ages ago. No spoiler here, but go challenge Gargos at the end of Shadow Lords as Aganos and see just how the normally crap-talking gargoyle reacts to seeing Aganos.

I loved that, because Aganos was a being that even Gargos feared, and that Kan-Ra had NO idea who the war golem really was! Like, if Kan-Ra had to fight the real Aganos, he’d be so out of his league, it’s not even funny. You’re heard of the Light Lords (Ichorien), and Gargos did his best to wipe them out- it turns out that one of their kind was trapped on Earth for thousands of years, and had escaped the initial celestial sucker punch of Gargos upon the Shadow Realm. I’m sure that even with his grand sacrifice, that Aganos will return, but when? In what form? What is the fate of Gargos? I’m looking forward to learning what’s next for our favorite former rockpile soon too…

I sincerely hope that my answers helped, pal! I hope we get more KI comics in the future though, but until then, FIGHT ON!

You’ve got to play Shadow Lords in the game. The dossiers are FULL of lore.

I was waiting for a volume collecting all issues (and hopefully variant covers) to come out so I could buy them, but I guess that was wishful thinking

y’all think there might still be a chance of that?

And related to Shadow Lords lore, does anyone know if there’s a collection of all dossiers somewhere? I don’t think I’m ever gonna end up getting them all at this rate, but I’d love to be able to learn all the lore I’ve missed out on.

I enjoyed the comics but here is the problem, so many big events happened way too fast in a very short amount of time, like that Aganos twist for instance, came out of nowhere.
I understand this was supposed be a miniseries but dang the lack of buildup was slightly dissapointing.

Yeah, i follow a couple of ongoing comic miniseries (Ghostbusters fanatic) and the issues can often times be almost too short to feel like they matter on their own.