Just an idea I'm throwing out there- A Rash QCB+P

Just an idea I’ve had for a while, mostly stemmed from me playing Rash consistently and-since he’s supposed to be a basic easy-to-learn character- sometimes pressing QCB-P expecting something to come out, when nothing does. (And also the annoyance of him not having a groundbounce ender)

So I was thinking of all the things in Battletoads that have gone unrepresented. Of course, I found very little, because Rash encompasses so much of Battletoad’s spirit; but I did think of one thing: The Stick you get from defeated the long leg enemies or pulling them from walls in the original game: 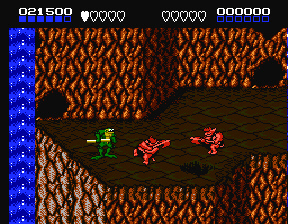 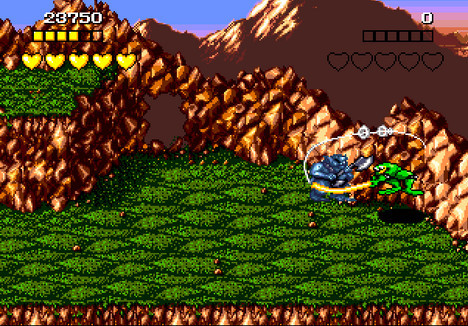 It’d be a close/mid range high hit; The linkers would be like his other two, one/two/three hits depending on the version used, and his Ender could be a jumping slam as the final hit which causes groundbounce; Possibly a groundbounce if used while the opponent is in the air, allowing for juggle opportunities.

I dunno, just an idea I’ve had swimming for a while that I think would help his gameplay both for beginners (being one of the only “starter” characters without a QCB+P) and advanced (Groundbounce would help with juggling and combos).

I don’t know the likely-hood of a dev reading this or even considering it, but if you stuck around and read the whole post thanks for giving my idea a read; Feedback enjoyed, so discuss what you’d think of this.