Its way to early, I know but here are a couple of Eyedol nitpicks

Lemme start off by saying I love Eyedol, both the modern and retro. He’s going to be my main, that being said there are a couple of little nitpicks I’ve noticed from the trailer and the saucy suite breakedown stream that I wanted to address asap. Keep in mind these are nitpicks, meaning they’re not really a big deal but more of a personal gripe so take it with a grain of that salt the Eyedol haters are secreting as we speak.

Where did you see Retro Eyedol?

They showed it off on the Saucy Suite stream a little bit ago, also someone posted this image but I don’t know where its from. 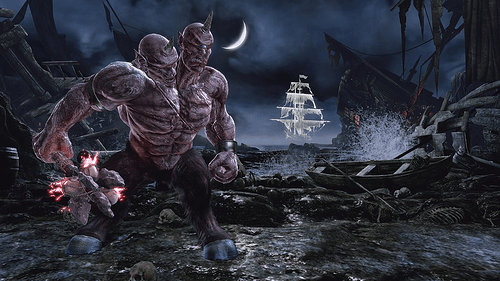 Any images of his accesories?

They’ll be showing them off over the course of the week leading up to Eyedol’s release, but that’s a discussion for another topic~