Too bad ranks are getting resseted I guess?

I am a terrible player and I am winning like crazy today. It seems nobody relevant is playing the game, awaiting for S3.

I have gone 17-3 in my last 20 fights. Nobody is really any good in gold today. Maybe I got lucky?

Wait ranks are getting reset?

Not sure. It happened between S1 and S2 right?

Hmm I do not see them changing the ranking system. S1 and S2 changed because the developers changed. If I had pro medals not to mention multiple I would be pissed.

EDIT: maybe they will change the matchmaking in ranked but resetting ranks I doubt.

Wait ranks are getting reset?

I think what he mans is, in killer rank everyone competes for the top 32 and after a month everyone is reset in Killer Rank back and have to compete again for top 32. You don’t go back down to bronze or anything.

I hope they don’t reset the ranks…some people spent a lot of time getting to Killer rank and resetting it back to qualifiers would be messed up.

uh… no I was actually referring to everything being reset… @TempusChaoti @rukizzel will ranked get reseted?

I did it! from gold to killer in a single day! 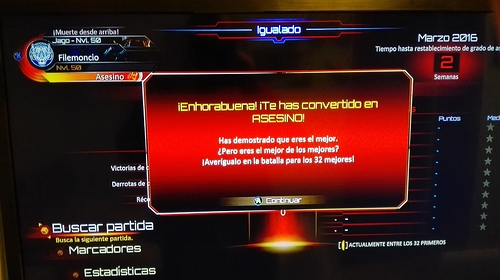 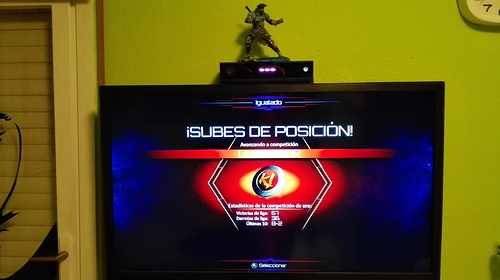 try it guys, it’s your chance!

I reached Killer the other day, but it took me quite awhile since i had to face a ton of losses on the way there lol

I reached Killer the other day, but it took me quite awhile since i had to face a ton of losses on the way there lol

I know right? Last year I tried a Killer run but ultimately left it because I was getting curbstomped left and right, and I felt it would take me ages. So I left my score at 319. Today I tried ranked again, surprisingly kept winning, winning and winning so… I kept playing and playing and… Killer! (I guess this is what it feels like to be a pro… 85-90% win rates…lol)

So if anybody wants to try, give it a run today. All the big fishes are away so you can try and sneak your way into killer. 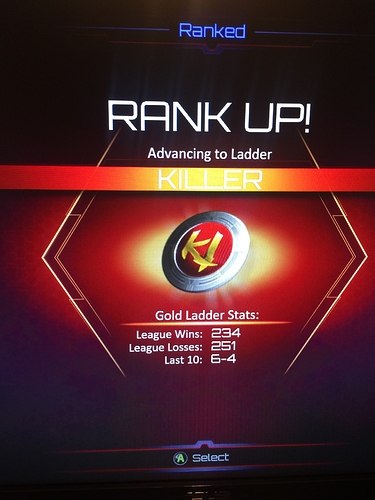 But it’s a thing of the past. We can hang with the cool kids now

But if you reached the point where you were able to get into killers once then it should be a breeze the second time around. Resetting ranks wouldn’t mean that you lose all the skill and experience you’ve gained playing the first time around.

yes but… it would be like losing your academic degrees and having to start again. Many people would not feel like doing it again. People like me, who got lucky and is now in Killer. If I had to do it a second time, I’d avoid ranked and do just exhibition.

Yeah I know and that is true but based on my time here it has taken some people a really long time, I don’t think that would be fair to those people who grinded forever to get there.

It’s like grinding and grinding to get all your characters to level 50, sure if they were all reset back to 0 everybody could do it again if they wanted to…but nobody wants to do that lol

@Filemoncio Something similar happened to me a few weeks back. I had a bunch of days off and decided to try online, I lucked out and went to Gold out of qualifiers, and then I started kind of doing meh so I took a break…came back a day or two later and somehow managed to go from 490/500 to Killer in a night lol luck was on my side that day

Yeah, it’s like nowadays the only people playing ranked are those who got season 2 with the discount last week or Jago for 1$.

I fought this guy who always got the upper hand against me on neutral, but he never cashed out his combos, always blew them out (I PM’ed him and he told me he didn’t knew enders cashed out damage lol)

(Much better for us casuals heheh)

I totally agree. I guess the problem is that since there’s maybe 500-1000 persons in a level way higher than the rest, they would get bored of fighting each other every day. Eventually everybody would have fought everybody, and you really don’t want to meet the same person 4 times in a row in ranked.

I regularly play some people 3 to 4 times in a row in Ranked. At one very frustrating occasion, I played Cstyles’ Kan Ra 4 times in a row. While I won a few rounds, I always lost the match. 200 points down the drain. Nothing like playing a Top 32 several times in a row to set you on edge. Granted after playing such difficult people, when I eventually play a normal Killer, I butcher them.