Is rash getting a modern "re-imagined" costume too?

Clearly it says when you choose him in-game now that we are using his “retro” costume, so that would lead you to believe that he’s getting a full-fledged non-goofy modern remake costume as well right? Unless he’s like Omen and doesn’t get two costumes and the only reason his says retro is because he’s a retro character…

Though if that is the case, Ultra Edition owners are going to be getting stiffed because its confirmed we are getting at a minimum two guest characters and if neither of them have alt costumes that’s not quite as much bang for your buck. 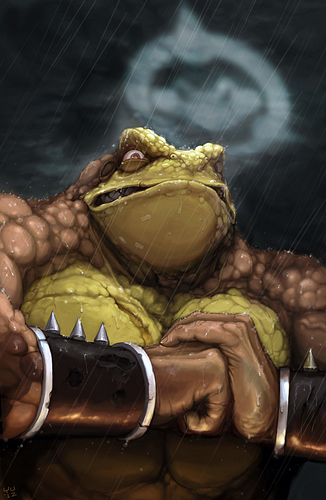 I actually think someone answered this. Maybe it was Ishmael on Twitter? Anyway, I think they said there was a normal outfit and that it would be “darker.”

That is excellent news, the retro is very true to the original but a little crazy.

Funnily enough, with playing as Rash while the game was still installing, the costume I played in was the modern one (which was more scaly, and the second colour was pale/blue-ish). The retro one (green and red colours) is what I believe to be the one we played at beta.
So yes, there will be two costumes available for Rash.

Pretty sure those were just highly detailed skins for the existing “retro” costume, not an entirely different one.

Maybe what you’re saying might be true? idk. I guess you might be correct, though there’s no real reason for the red to change to pale blue.

If I can find a pic I’ll post it here.

I’ve seen them before, there’s a light purple one and a dark green. I’m sure they were just unused textures that for some reason appeared when installing. For it to be a new costume it’d need to chance the model a bit, though I’m hoping that the ones your talking about do make it in the game. They looked really nice too.

Here’s the photos of alt. rash I found (all low-quality phone-taken stuff, in hyperlinks for spoilery stuff.

(or, you know, you could also check that other thread as well that I forgot about, higher-def pics: here

I wouldn’t be surprised if his new design is reused from an unannounced Battletoads game, they’ve been teasing one for quite a while.