IS march too far away? FEELS FOREVER

I dunno about u guys…

But it feels miles and miles off. MARCHA IS TOO FAR!

To be honest Halo Warzone is killing everything BUT i am missing my KI newness.

Even a few double xp weekends would be nice. Microsoft are way too tight with them.

Still in the meantime i done halo 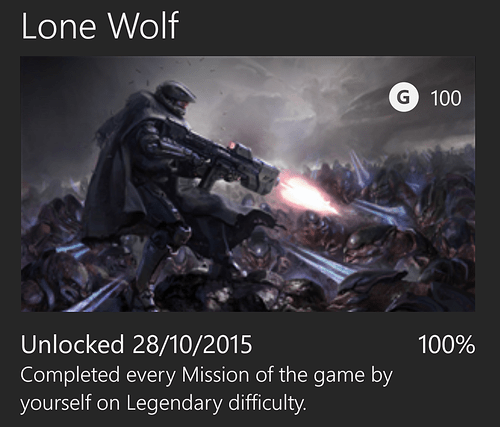 Oh look, more stuff that isn’t actually in the campaign!! Seriously, looking at all the concept art it’s like half way through developing the campaign they changed their minds about what they wanted to make.

I LOVE THE STORY.

its an exciting fresh new start!

Concept art always changes its just for the fun.

Yeah if March could do me a favor and get here now(ish), that’d be pretty awesome.

That said, I love the run up to new KI. Really enjoy the bios they’ve been putting out each week, and the community interview that they posted today was a cool surprise. Hoping that there are some streams of the textual variety on the horizon in the not too distant future as well.

I’m sure there’s a TON of content still to be revealed for season 3 (and by ton, I mean, ya know… the characters, the arenas, the story, the accessories, the ultra pack content, the new UI, the new modes, Shadow Jago, remaining guest(s), the changes to existing characters… Ya know… Nothing much

Me too kens a hero it was great to see.

I think shadow jagos out aoon… that will really really help

IG has been extremely good at keeping Season 3 rather mysterious. We have no idea what is coming and the curiosity is high. It could be this huge bomb of everything we wanted or we are totally overhyped. I am not sure if we expect 2 characters (meh) at launch or 4-6 characters (yay). Also, the surprises coming that we have no idea about.

They have stated that there will be more characters at launch of Season 3 than Season 2’s launch. I forgot where exactly, but it’s been recanted a few times here.

I can second this.

Since we had TJ and Maya at the start of Season 2 we must be getting at least 3 characters to start this Season off!

I’m really excited for the hypothetical reveals we’re going to get in Jan-Feb.

I’ll say it here and now: At the KI World Cup we will see 2 character reveals, and we will get a release date solidified.

Edit: just to clarify my above statement; the reveals are Kim Wu’s trailer with a teaser at the end. That equals 2 reveals, in the sense of; we get to actually see Kim Wu, and we get info about the third character coming with the release of Season 3.

personally I hope we’ll have a chance to do that. like pre-order and such.

I’m not so worried about waiting on March for IG and MS to release the game. I also ahve some other games to keep me pre-occupied as well.

I agree. Just like the TJ beta for Season 2. Could be a fun way to get more people involved and maybe test out some Season 3 mechanics/UI.
Thankfully we’re down to the last few months of waiting. Spring 2016 still can’t come fast enough though. All the games I’m most hyped for are coming out at that time. KI Season 3, DOOM4, Dark Souls 3…
Spring hurry up!

I’m not sold on DOOM yet.

I have Plants Vs Zombies pre-ordered but that doesn’t come out till February. x__x

patience is a virtue…

Keeping things secret maybe builds suspense within the community or those familiar with KI. But I feel it’s time to show as much as possible in order for those outside the KI community to take notice and attract more players.

Before it was necessary with characters being developed each month, but going forward I am not sure teasing one character at a time will cause enough of a buzz. You have to mitigate the risk of people being put off by one character and instead show that this game has something for everyone. Just my opinion…

I’m pretty sure we won’t get any news until the KI world cup. They already said they plan to have something there so maybe a playable build of Kim and finalized Rash along with a trailer for the whole season.

This sounds plausible as a plan, I expect we’ll start seeing stuff in January at some point regardless. There’s no way anyone should be expecting to see anything on Season 3 before the end of the year considering the holidays and the fact that they can’t reveal stuff TOO early before Season 3 in March, but also can’t wait too long. Sometime in January seems like the perfect time for the first reveal stuff, likely with weekly or biweekly treats leading through the following couple of months.

@xCrimsonLegendx you can never beat halo… party up and warzone mr! Im hooked!