Interesting video. I had an idea of how Shadows worked, but this fleshed out my understanding of the programming behind it.

This is some good stuff. The things a good programmer can do with logic…

Hopefully, Shadow Lab will be able to set a standard that others can hopefully use for something unique and creative all their own. I heard of the Forza drivers and then there’s the shadows, but this could stand to be useful for other gaming applications as well.

Just for reference, this was made by /u/GET_TUDA_CHOPPA who posted this on reddit. 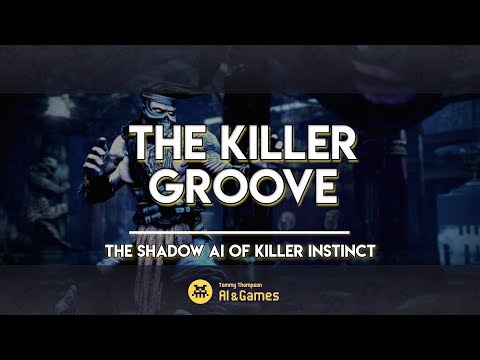 That is pretty neat. I would like to say it brought some new insight, but to be honest given that my Gargos shadow has its max of 40 samples of almost every character in the game, I’ve already figured out most of the pros and cons of the shadow AI. Don’t get me wrong, it’s very impressive how it all works, but being able to record and store more samples would likely create more accurate results.
One thing I feel like would make the AI more human in its approach though is to look for patterns in delay of reaction when handling breakers instead of simply recording what frame combos are broken on. As is Counter Breakers fail unless you are just super-precise because the AI records what frame you break on, and if the combo never goes on to that frame due to a Counter interrupting it the AI won’t attempt a break, where as with a human you have the delay between when they recognise an animation and execute the button press due to the lack of relative speed thanks to a person’s neural biochemistry, and so they’re much easier to break in that sense. I and considering it’s an AI I’m sure It’s well within parameters, but if the goal is to get am accurate read of how a human handles situations, having the AI figure out your relative reaction speeds and applying it to things like breakers would go a long way towards making the shadows play more like their human counterparts.