So I was Going to make this a very large post with Images and Shops but, I was taking to
long so I’m making a much shorter less entertaining version.

One of my favorite things about KI is the Combo Breaker System, simply for the added
mental state of the player being on the receiving end of a combo can still play the game.
(Even without pressing a button you can still turn the combo around if your opponent
“misses” a Counter Breaker.) Democracy at its Best.

My goal with these Ideas is to give a player that’s on the Defensive end of the Combo
System, Better/Riskier and Safer/Risker options without affecting or changing the
current system in a direction that would lose the core idea of To Break Or To Not.

CURRENT SYSTEM
/Defensive Options In The Combo Breaker System as it is Now :
v = Versus
AD/L/M = Auto Double/Linker/Manual

Generally That’s 11 scenarios with 5 results
2 in favor of the defensive options and 3 for the offensive.
Break Combo/Escape Combo -Versus- Continue Combo/Lock Out/Counter Break

SWAYING POTENTIAL DAMAGE (This ones simple)
/Additional Defensive Options for the Combo Break System without changing what above:

Single Button Press.
(LP) (MP) (HP) (LK) (MK) (HK)
Against an Auto Double/Linker/Manual.
-Will reduce the potential damage normally added by those attacks in combo.
-If button pressed is the same strength and set punch/ kick. Potential damage greatly reduces.
-If the strength or timing is incorrect (like a lockout) potential damage will greatly increase.
-These button presses are not affected by the Counter Break.
-You can continue this “game” even when your locked out from a failed combo break.

This addition implies the risk of giving your opponent much more damage potential.
(Big Money Cash out, at the expense of a panicked opponent.)
But the ability to help yourself survive an ender without the risk of a Counter Breaker.
(But of course you can avoid this system all together, and play same as usual.)
There would be no sound or additional animation.
Merely a rapidly increasing or decreasing potential white life damage meter
while the combo continues, at the decisions of the player taking damage as usual.

Now for the Endokuken and Tiger Fury Breaker both end in Neutral like a normal Combo
Breaker, but with the added features of both of there Combo Ender counter parts.
Endokuken with gaining shadow meter, like its ender version but with no damage.
Tiger Ender modified as Potential damage and not Actual damage, being that if combo
breakers did damage it would put more advantage to the defender.

But The Laser Blade and Wind Kick Breaker have the potential to quickly shift the
roles of the player in the combo system without the neutral game. And a combo can
be started from them. The breaker would have to count as an opener for this.
If players choose to risk and successfully use Combo switching Breakers, the entire
round/life bar could be spent within the KI combo breaker system.
(To deter these from being the most used, added extra penalties for failed attempts)
(But would add more variety to the CBS without removing what’s “safer” normal)

(Next one is a maybe, along side Special Combo Breakers) - SH SH SH Shadow Breaker
Using a Shadow Special move as a Combo Breaker. Would Cost one Bar of Shadow Meter.
-If successful you would get the same breaker result as you would a Special Combo Breaker
I thought of this originally as an Spend Meter to get a Breaker regardless of strength.
An all Breaker, ala kin to Gargos’s Stone Skin Breaker. But I feel that would be common.
(and annoying) So I see Shadow Moves being:
1.To either them as Costing All shadow meter, for a free Breaker.
2.Or reserved for reducing the 1 in 3 chance for a 50/50 based on Punches or Kicks.
Which means they can be miss timed or locked out if it was a P or K (symbol above head)
(I’m liking option 2 more and more. but they definitely will be much easier to use
against certain moves that are obviously a P or K regardless of strength.)
So just as with Special Combo Breakers these can be Counter Broken with an even
more devastating Lockout and potential damage increase. + you lost a Bar.

//That’s the basics of it… In JAGOs case as an example of Defensive Options.

Went from 11 scenarios to 64/70 depending on what you count as a scenario
(just didn’t want to write them all down) + used Shadow Breaker version 2.
That’s the end of the 2way interaction post. Half of this was changed on the
fly while writing so some things might not be comprehensible without
visual aid. (oh Shadow moves would still be broken the same way, 1…2. . …3

When a Character is in Instinct
Only 10 characters can press HP+HK for either its use or additional ability.

General proposition is that every character can have a 3P and 3K move to
use regardless if they are in instinct or have their unique meter for them.
As well as having Instinct moves hp+hk while in instinct mode.
For all that to work some characters will have to have some moves shuffled
to be another command. As well as expanding animation use.
Examples: Gargos Eruption being HP+HK instead of 3P.
Aganos 3P without chunks being an attack(close overhead?)
And just to make it easier 2P=3P and 2K=3K equal the same, adjustment for
input equality and ease of use. No reason why it couldn’t.

I have a list of ideas for all characters additional move set for 3P/3K/In
Orchid in Instinct(IN) having HP+HK=Running Fire Cat as before.
with QCF+IN=Fire Cat Slide, QCB+IN=Fire Cat pounce, ZF+IN=Fire Upper cat.
Using Characters Ultra Enders as Moves or unique systems.
MP+MK being used outside of Shadow Counter, Counter Breaker and Medium Breaker…
Arbitor’s Load out. Thunders Crow Feint, Mayas Pick Up…
but its already too much of an post.
I may in the future do mock character move lists Post. 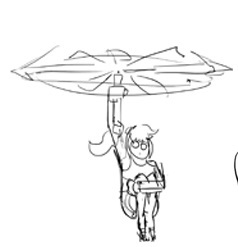 Interesting ideas, but I’m going to have to disagree on the whole special move combo breaker thing. I mean the very reason why hard knockdowns and instinct cancels off breaker were removed was because they caused such drastic shifts. Getting broken and returning to neutral was enough, but now some characters can get even more of a advantage off it?!

These are interesting ideas, and probably better additions to the two-way interaction than most of the posts that touch this topic. I guess I would just put 3 ideas out there for you.

Reinventing the wheel once more I see.