Opening up a thread for anyone to post their ideas for the possibility of future retro color 7’s for the remainder of the cast. Here I’ll start with Jago:

And as a bonus, a retro skin for Shadow Jago: 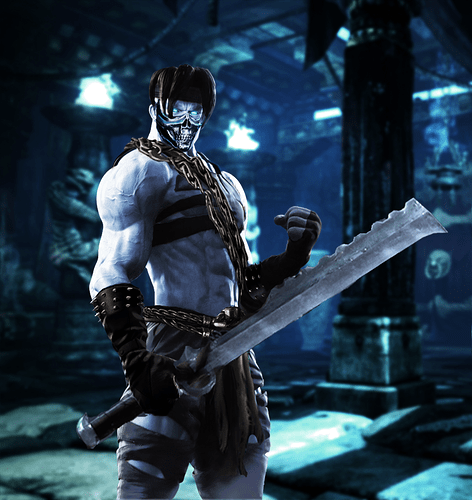 Having seen what they have done with the retro color 7’s released so far, I can say that I have no need of other color 7’s.
Really poor result, imho none of them is in any way special nor even remotely attractive, I was erxpecting something particular and elaborated like standard color 9’s, instead I have a b/w Arbiter, all-red-or-whatever Kim Wu, etc…too bad for me, I probably had too high expectations.

Retro Riptor’s color 7 should be a legit red color.

I also think it’s unfair that season 3 gets color 7’s for their retros while the others do not.

Yo, that Purple Retro Jago Color.

I’d like to see something more red on Retro Riptor.

I would like to see a retro 7 for Fulgore that is the same shade of gray as his KI1 self. I know it doesn’t seem too interesting, but retro Fulgore is primarily KI2 Fulgore, &, personal preference, I liked KI1 Fulgore better.

I agree. They’re decent, but come off as very uninspired. Especially Rash’s. Tusks is a reference to a lot of fantasy based warrior characters. I’d love to see a retro color 7 for every character though. It feels like an attempt to get us to focus solely on season 3 characters.

Yep, I got that reference and initially I thought “wow, cool! A subtle MOTU reference!”…I mean, what’s cooler than a pop culture reference? After all, his retro sword is a reference to the Sword of Grayskull.
But I think they missed the point even more because they didn’t put “right” colors on hair and outfit (if they admittely wanted to refer to MOTU anyway) so, it’s more like a giant barbarian smurf reference now.

I don’t want to sound overly negative and perhaps I’m failing at trying…it’s just that missed opportunities saddens me.

But I think they missed the point even more because they didn’t put “right” colors on hair and outfit (if they admittely wanted to refer to MOTU anyway) so, it’s more like a giant barbarian smurf reference now.

They may have been going for more of a hybrid of ideas…like probably the main thought was for it to be a MOTU reference, but also keep it vauge enough so that say a fan of Avatar would see him as one of its giant smurf people.
Personally I was really hoping Tusk would have a harness/backpack accessory that was reminiscent of Thunder Punch He-Man…but sadly it wasn’t to be…

you know you have to finish that song now, right? its like an ancient law or something. Tusk probably knows.

Yep! I have faker He-man and all of the Series 1 and 2 figures plus Castle Gray Skull and the Slime pit. I got most of it off Ebay from a guy in Washington. 114$ for 38 piece collection.
Gave it to my son for his Birthday last yea\r…he loves it.

Speaking of Jago’s color 7, what if they went with a “Prince” based color palette?

Purple shirt, pants, headband and mask, then gold gloves, belt/sash for his sword. Heck they could even turn the blade color to gold.

It could also be dubbed “Pimp Jago”