I’m 100000% agree with you! But I don’t understand why they asking us for another shadow characters? What about Ultimate or remake retro stages? I think that’s not fair.

I completely agree with you, Shadow Jago is a unique concept and I love him, but once is enough. I’d much rather IG focused on bringing new character archetypes to the game rather than trying to rehash a character that is already present.

The interview with Adam was very promising. I believe that Omen is one of the two characters that will receive an overhaul in season 3. And the way he discussed Ultimates being possible because of Aria, it makes me think that they have already began creating ultimates for the rest of the cast…more than likely, it’s something that is already planned to be in the game. That’s why they keep saying Shadow Jago is “currently” the only character in KI that can perform an ultimate.

With that being said, I’m very interested to see what IG will be bringing to the table this time around. As far as the community fund is concerned, I’m sure we’ll see that sometime this summer or early fall after we’ve all been able to take in Season 3. Then, the community fund will be able to address the key things still missing from the game that their newly expanded fanbase desires. With the PC launch of KI, we will see our community grow wildly. I have so many friends that want to play the new KI, but they don’t have an XBOX One. With that problem solved, we will see more avid players online and in the forums. And that my friend is where the power of numbers will come in. For example, right now everyone on the forum is clamoring for more costumes, more colors, more accessories, more stages…more everything! You get the point. Let’s just take one of those highly requested things which is close to my heart, stage ultras. I would like to see all the stages have a stage ultra, but logistically speaking, that simply not a priority for IG at this moment. They’re focused on new content rather than revisiting the former, but it you suddenly have twenty-thousand more players (just throwing a number out there) requesting the same thing, that’s where crowd funding will come in to pick up where there budget ends.

I also agree. Feel as though they are just using a shadow character to get people to rally behind the community fund. Might as well have a Shadow character every year and just make everyone a shadow character. It made sense with Jago and his story but now with the Orchid and Maya. It’s just shoe horning it in so the fund takes off. I really don’t care for it and if they do make a Shadow Orchid or Shadow Maya I won’t be funding it especially since they have yet to even let people buy character with KI gold and am still sitting with the extra Shago gold. Unless they release concepts that blow my mind and detail moves that are radically different from shago meaning no teleport, no giving her every tool under the sun, and no insane annihilation type move then I might gain interest in the new shadow character.

Also, why would they call Maya Shadow Maya. It makes no sense, she has no connection with Gargos and was only getting possessed by the dark dagger. Why don’t they call her Possessed Maya or something not only that but there is a light dagger to. Why couldn’t they just go the opposite direction and instead of having a shadow/possessed Maya why not a Light Maya with the Light Dagger spirit. Or a Light/Super Orchid since we see her in a glowing form when she does her shadow moves. I mean that “Enlightined” Orchid form can even serve as her form when fighting the last boss because after all she was the one to defeat Gargos.

Thanks everyone for the mostly positive responses, I was honestly kinda shocked that something so low priority was suggested for the next community fund. There are at least a dozen things more deserving of our money and development time.

Personaly, I like the idea for another shadow character, specially because they’re only considering females now. And Orchid would make sense, love the character, the story probably won’t go just one way this time, as it’s already been stated, it can go anywhere. But that’s just me, I’m probably not as enthusiastic about the franchise as half of the people talking here, but I’d put my money on any nice content IG decides to release.

Its like having a game with Evil Ryu, Violent Ken, Evil Guile, More Evil M.Bison

IG likes giving us stuff we didn’t ask for OR wanted
.We want Ultimates = Get another Shadow Character
.We want Retro redos = Gets Rash
.We want revamped S1 story mode = Gets Omen (he is Ok)
.Buff fulgore a bit = Nerfs him harder

IG likes giving us stuff we didn’t ask for OR wanted
.We want Ultimates = Get another Shadow Character
.We want Retro redos = Gets Rash
.We want revamped S1 story mode = Gets Omen (he is Ok)
.Buff fulgore a bit = Nerfs him harder 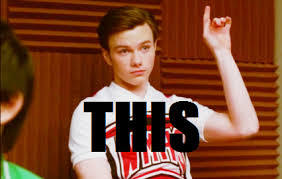 That Fulgore/Eagle idea could be pretty cool.

I’d rather they just not even redo the story mode. It’s a waste of money and is hardly any different than Season 2. Just don’t even do any more story content until the next game where they can make a real story mode with real cinematics instead of a slide show and a weak story like Season 2. How does a magical, Aganos, get mind controlled by a machine again. The story was just a cringe fest and should wait until the next game so its actually professionally done instead of just throwing stuff at the game to see what fits.

Seriously though. Fighting games do not need stories. The characters are designed based off of how they play against one another, not how they are related to one another. Just too much effort to try to make things make sense. A waste of time. You need no more story than “Two warriors engage in an epic battle for supremacy”. Mortal Kombat story has always been praised, but I grew up in the Mortal Kombat era and I can tell you that the story is cringeworthy at best if looked at critically. Lol.

MK story has only just recently been praised. The last few MK games before 9 were all jumping the ship and getting ridiculous, especially the characters. It wasnt until 9 when it dropped a lot of the cheesy aspects from its past and became more serious and darker that it regained its stride. MK9 is the first fighting game highly praised for its story because for once it felt like MK, or an any fighting game for that matter, had a real campaign instead of just focusing on the fighting. The MK9 story was a crazy roller coaster ride that had plot turns, meaningful deaths, and explained origins of many characters that made them more relatable and cherished by players.

well, in the interview they did say to make a poll, perhaps we could post a poll for what we do want and put our money where our mouths are.
basically, since it seems unanimous hat the community doesn’t want a butch of shadows, we can have a vote on what we do:

ultimates, add a character (kinda like the smash ballot), or revamped story

I’ve got a poll up on the front page.

I havent been able to read this entire thread yet, but i HAVE to say this. The “EDIT” portion of the original post is amazing. I would fund this easy. It could be like a “good ending” set of skins.