Over the last couple of weeks I have been having a very difficult time in ranked because I can’t seem to do my inputs correctly. I find myself accidentally backdashing when I’m trying to throw out a quick QCB motion, I can’t cancel normals into special moves and just yesterday, I’ve been dropping a lot of combos. It also doesn’t help that the skin underneath the tip of my fingernail hurts whenever I play. But even when it doesn’t I still have issues with doing inputs. It’s not the controller, guys, it’s me. What can I do to stop accidentally backdashing when I just want to defend myself? Are there are any tips for how I can improve my inputs so that I can become the better player that - dare I say - deserve to be? I know how to punish. I’ve landed normals on unsafe stuff, but because of my current state when it comes to inputs, I’m left with a lot of missed combos and opportunities. Basically, are there any methods of thumb placement that can help me? Post your suggestions down below.

instead and see if that helps.

If your using the d-pad, that’s probably the culprit. There are four tiny nubs on the underside that wear out. The nubs wear in a fashion that stilll registers u,d,l,r but won’t register diagonals or two simultaneous inputs; ie down + forward. Costs like $7us on amazon.

if it is the small nubs on the dpad that have worn. just build them back up using JB weld epoxy. just be careful to use bearly any cause those nubs are really small. if you do decide to go this route also make sure the JB weld is rounded off and dome shaped as well as being very tiny.

I am using the d-pad. When I roll my thumb around the corner of the pad I can get those QCB motions but it feels awkward having so little of my thumb on the pad.

Xbox One Elite controller should solve that problem.

Are they really the better option? Those things aren’t cheap.

No, but they are durable, and come with a circular directional pad. 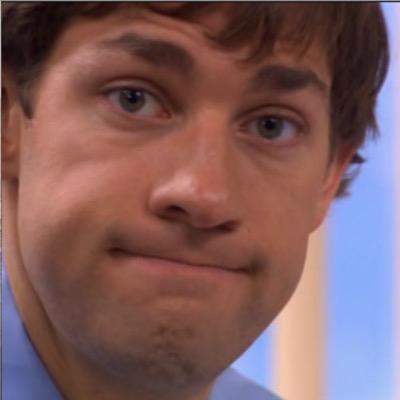 I will go do that. Thanks.

Alright, so here’s me fighting RAAM on Kyle: https://1drv.ms/v/s!Ag667qTNKZtWdF0Dsv3YFCNqdsM
Notice my inputs after he blocks my light kick. I tried to do a light Cold Shoulder afterwards but the inputs read my kick before the final back arrow. I also tried a Heavy Cold Shoulder, too, but a far HK came out instead. I have trouble with inputs in the heat of the moment.

I just find that a lot of times I try to do a QCB motion, but only the down and back arrows come out.

I just find that a lot of times I try to do a QCB motion, but only the down and back arrows come out.

Yes, this is a common error, and I find it’s actually an error that many players more often when they’re facing one side or the other (ie, you might only have this issue when facing left, for example; when facing right you don’t make it that often).

You just have to make a conscious effort to “go higher” on your quarter circle motions when you’re on your “problem side”. You can actually go all the way to up-back when trying to do a QCB motion, as long as you press the button fairly quickly at that point. So try to go “extra high” on your QC motions and see if that helps.

Alright, thanks for the advice.

You’re thanking him for advice I already gave? Seriously!? Where was my thanks?

The training mode thing seemed to help him figure the issue out.

But since recognition is really important to you, thanks @GalacticGeek!

Sorry about that. Thanks, mate.

I disagree. The elite controllers I’ve had both broken with little use compared to my standard ones. The first had an audio defect and the second, after I dropped it barely any distance at all, broke the right bumper away from the contact in such a way that it wouldn’t be fixable. I got a refund and built my own custom controller instead, and that’s worked fine since the day we put the prototype together.

Almost everyone I’ve spoken to who bought the Elite controller say it’s not worth the price.

I’m all for a controller that works and is able to take a beating etc, but when it’s that highly priced and 2 break in a span of around 4 months, you start to wonder what it’s worth spending the money on. As I say, I have built a custom controller (with some help) but the money from the Elite refund was used to buy the Ultimate Source figures, so technically win win in my book.