To please everyone what if instead of more guests we got a guest skin pack that would include:
Xbox exclusives
Joanna dark - orchid
Scalebound - jago
Crack down agent - tj
Recore - Maya

Or shadow jago as noob saibot would be cool too

If they are just costumes rather than characters I guess I can be down with that.

Ooo we could give Tusk a Doom Guy skin.

Nightwolf Thunder, and they can have all my money.

Or how about a Mortal Kombat Deception Blaze costume for Cinder 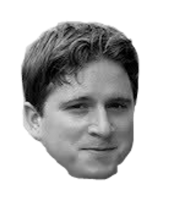 I would be okay with that idea, but not the MK skins…

I’ve wanted guest packs since launch. Always thought banjo themed accessories would be great for sabrewful. Much better than what we got with rash any way. I’d also much prefer Joanna dark accessories for orchid over her as an actual guest.

I’m still up for guests though. Just think it makes more sense for certain characters to not get the full treatment. I’d like Joanna dark as a Guest but does it make sense? Is she relevant still? There’s no new perfect dark on the horizon and The last one was a 360 launch title that wasn’t all that well received.

My dream guests would have been alien or predator. Shame that won’t be happening now

That’s true, but for a Doom Guy skin to work we need someone who is male, human, and not already taken by the earlier suggestions. General raam could possibly pull it of but if he were human. Thunder might work, but as doom guy he cant talk. Could we fit a Booker DeWitt skin in somewhere?

A Spartan (Halo) armor, although I don’t know which KI character can fit well with that costume though. Maybe Jago or Tusk?

That’d be like an official mod, pretty cool. But, I would still prefer the actually character or rather a distinct voice and sfx for said character.

This all sounds kool but y do u guys want MK in KI so much? if u want to play MK just play MK this is KI and it dosnt need a MK leg to stand on not putting down your guys ideas just don’t think we need MK in KI.lol we just need SPAWN:)

I agree no MK… MK is a direct competitor in the FG genre… why oh why should it ever be involved with the KI universe, maybe a KI vs MK crossover game but otherwise… let’s not… the other ideas I’m definitely with

I can agree with that, KI doesn’t need help from MK. A KI / MK crossover might be cool. But there are so many other characters you can pick if your dead set on guests.
Doom Guy
Booker DeWitt
Lara croft
Bloodrayne
Masterchief
Joanna dark
Cyberdeamon from Doom
Baron of Hell from Doom
Song bird from bioshock infinite
That’s enough for a whole season and that’s just if you want all guests. My point is, if you want to pick guest characters, dont be so cliche in your choices as to make a friggin bee line to Scorpion.

Because a KIxMK crossover would be so perfect. There’d be no fear of neutering the violence, they’re both crazy games, and filled with cool and great characters. Ed Boon even stated that it would be a good idea but it would have to be Xbox exclusive.

If KI vs MK ever does happen, I’d wonder if they’d do what SFxT did with Swap costumes, meaning everyone gets a either a KI or MK variant costume. (Difference, they’d be unlockable, not DLC)

That would be cool. Maya could have a Jade skin and a Kotal Kahn skin for Tusk or something like that.

I’d rather have actual characters than skins, simply from my perspective as skins are virtually useless. I understand they’re cool and all, but I just think it’s better to be able to actually play a character than just have a skin that has no new audio for it.