Anyone think a community fund for rash stage would be awesome? The potential for his stage in my option is through the roof!

i would like rash to have a disco stage. with discoballs, a frog band and arcades. also the fund should be for all the missing stages.

I really hope this isn’t the direction KI goes…cutting out content people want like stages and ultimates…then make people pay for them as “community funded” DLC.

Things i want the most are Ultimates and Eyedol, i dont give a ■■■■ about the stages we have more than enough…

No No NO, Rash should have a stage by default . am not gonna pay to get a rash stage. sorry to bust ur bubble.

This is wrong.
Thats why game developers do and release whatever they want nowdays.
People accept.

Well, back on topic, its like fund money to give a bike to a Ferrari collector.

We need to stop to think in that way, valorize our money.

I am a bit iffy about Arbiter getting a stage when we’re only getting 3 new stages for S3. One of those shouldn’t have been a guest character’s stage, imo.

If SF5 need people to fund a requested character like Sean or Q then that would be terrible :frowning

Please no more funding for things that should already be there…I.E stage and Ultimate’s (Since DH teased it before)

Wow, and now we’re back to the uneducated complaints I heard back when the Shadow Jago community fund was announced.

MS isn’t just gonna throw however much money at the game, they’ve decided how much they’re willing to put into it, and what we’ve got is what we’ve got. They have other things they needed to use that money for, you know. Like, hundreds of other things.

The reason we are getting less added stages this season is because the devs decided the money resources they’ve been given would be better suited towards other aspects of the game. And even though we don’t know what those other things are yet, that doesn’t mean they don’t matter.

Plus, we already have enough stages, and it’s doubtful honestly that enough people would fund this and this alone.

This has been covered many times, but I’ll say it again. DLC even disguised as community funded to make up for missing content people want like stages and ultimates is really dissapointing. Sadly a sign of the times for the games industry but hopefully consumers wise up to it soon. 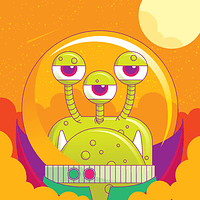 Since when did cutting out content and leaving stuff people really want (like stages) as additional paid for DLC (even disguised as community funded) ....become something people would want! Please stop encouraging this for the sake of consumers and...

You know, they don’t have to make a community fund. They do it because they’re trying to give people what they want. It’s not like they’re cutting out content of the game to save for later. Some games do that, but we can’t just act like all of them do.

Plus, we already have enough stages

considering how much backlash they have been given for not having more than 3 new stages, I’d say the general consensus is there’s not enough.

Oh, & no, I don’t think we should have to let them double-dip into our wallets for additional content. Just make it, & then set your price. Done.

They can’t just make whatever they want to sell to us, they have a limited budget.

Rash should’ve had his own stage to begin with. With that said though, I am willing to contribute to a community fund if one came up. Rash is going to be my main and I want my main to have his own stage.