Godzilla vs Saiji: The Thunder Beast

Seeing how a new Godzilla film is on the way, felt it would be appropriate to share a fan project I’ve been conjuring up since, which was also teased in another post I previously made. 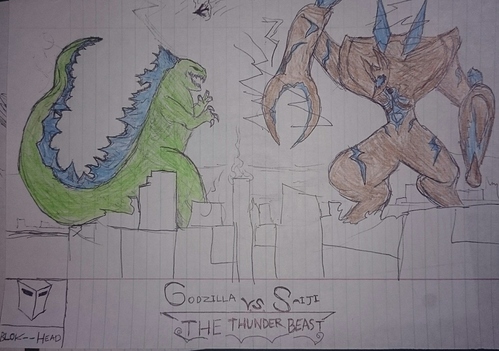 Basic premise, a new creature was forged from the same nuclear explosion that made Godzilla, however both are hellbent on destroying everything. Meaning whoever wins, the world still loses.

Saiji itself is a creature of surging electricity, which allows it to send EMPs through the whole city, also creating power outages in the process.

Isn’t that story just the Mutos from the 2014 Godzilla? Same origin as Godzilla, hellbent on destroying everything, creates EMP’s and causes city wide power outages?

Not exactly how this creature plays out, but heavy influences from that film were applied when coming up with this project.