So God of War finally has a release date (April 20th) and a new trailer. this game looks really good! i cant wait to give it a go! Right up my alley for how I like my games. 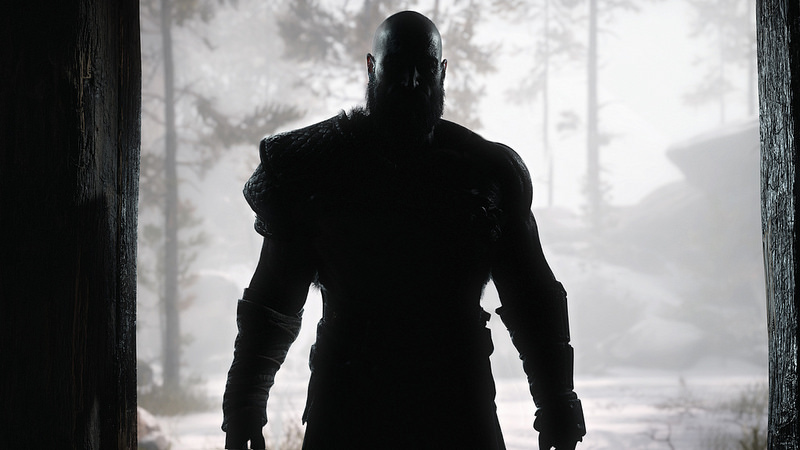 God of War set for April release, Collector’s Edition has 9 inches of Kratos

PS4 exclusive God of War will be released this April. April 20 according to Cory Barlog, who almost sounds like he’s from Lord of the Rings. If you like dropping money on pre-orders and special editions, you won’t be disappointed. This Collect…

I really LOVE that this game isn’t all about Kratos’ rage against the machine, per say. It looks like a REALLY amazing game and goodness it is beautiful.

I’m not a big fan of the radical shift in gameplay and tone with this new game, to the point I think they should have just made this an entirely different IP or at least started over with a new protagonist. But it does look good and I’m willing to give it a chance.

I can’t wait. It looks better and better for each trailer.
Still not too fond of Kratos using a basic axe though… seems like a major step down from the Blades of Chaos…

However, we haven’t seen his full arsenal. I’m sure somehow or another the blades of chaos will reveal themselves.

He did after all keep messing with his arm bandages throughout the trailer.

Yeah, when I saw that, a small spark of hope lit up inside me.

But question is, who is going to give them to him? They were created by Ares, after all, and then you got upgraded ones from Athena. Dunno if any Norse God would make him similar ones…

So whats the story line compared to the Greek story line? Is he just a demi god living among humans now in Iceland or those northern Viking territories?

This is the exact same Kratos from the other games, he just left to live in Scandinavia and will face gods and beings from the Norse Mythology.

I LOVE hack n slash games. And I love the old god of war games. But I’m not the biggest fan of the new direction. It looks like it will be great for Kratos’s Character, and it looks to be a very solid game, I just wish it was more like the old ones. We don’t get much of that game style outside of PlatinumGames titles anymore.

A lot of adventure games take the “I wanna be like Dark Souls” route, while Platinum Games are more like the typical hack’n slash games, like Devil May Cry was.

And I really don’t like Dark Souls. I play videogames to deal Ultra strong and powerful. Dark Souls actively removes that feeling. It’s the same reason I don’t like survival horror either. I’m already weak and pathetic in real life so why would I play a videogame to feel like that. I suppose you would say there is a sense of accomplishment from that, but that’s not good enough for me. More Devil May Cry, less Dark Souls.

definatley going to pre-order it when I can.

@Blacklash93 i agree with you a 100%.
i’m also not a big fan of the shift in gameplay. i’m gonna wait out for the reviews.
I do think its gonna be a fantastic game, but i’m afraid its gonna lose the ‘violence combat’ of what a god of war game is. With his little son… i don’t know.

I couldn’t stay interested in the series after the first one, quite frankly. The gameplay was decent (although not first class in a genre that includes Ninja Gaiden and DMC in my opinion), and a vengeful warrior out to kill the god of war for murdering his family is at least somewhat relatable to me. But by the second and third game he’s dragging topless women by their hair through mazes to “rescue” them and then tossing them into spikes or letting them get crushed to death to solve door puzzles… It just seemed gratuitous and not very relatable. And it sure isn’t going to fly in 2018.

The new game may work or not. But the character needed to evolve in SOME way - otherwise their just chasing more gore which isn’t possible. He’s murdered every conceivable Greek god in just about every conceivable way. And to me it’s gone beyond cartoony gore and into MKX

I dont think this one is going to be that way. Looks l=more like a story of teaching his child right from wrong and how to take care of himself once Cratos is gone.

IMO it looks to be more like Horizon Zero Dawn mixed with Santa Monica’s other game The Order 1886.

To me, this is a bit like what happened with Banjo-Kazooie when nuts and bolts came out. Sure it’s a good game, but people didn’t like it because it wasn’t more of what the last games were, and people desperately wanted more of that game style.

It’s nothing like it. The change of style is nothing near as drastic. It’s a change of camera angle and weaponry, not completely changing genre like Nuts and Bolts was.

They are both within the adventure hack’n slash genre. Banjo-Kazooie went from being a platformer to a kart racer game. And not in the good way, like with Crash Team Racing or Mario Kart.