Getting tired of being called a "try hard"

I’ve just started accepting messages again and not muting all players, and I get 2 out of 3 people that I body call me a “try hard” and to get a life. I’m a computer engineer with 3 kids and a salaried job, who just so happens to like playing this game. I don’t teabag or taunt or anything. This sorta stuff makes me wanna go back into my shell. Seems like team oriented games are really the only genres where friends and all of that are kinda worth it. Last time I was called this I just quit the mirror matchup. These dudes don’t even know if I’m trying hard to play or not. And the last one he just didn’t know what he was doing, and I was messing around. Oh well.

Sometimes it’s just best to ignore it and block the person making crappy comments to soothe his/her ego. I remember getting way worse messages back in the Xbox 360 days. I played my way and the other guy raged out because camping seems to be nerve wrecking to other people. Of course, I deleted those comments and moved on. Two days before today, I received a random expletive filled message on Xbox One from a random gamer and did the same thing as always;

It works for me.

Also there’s nothing really wrong with teabagging and taunting so don’t feel too restricted to do any of those. If a player gets salty, then that’s the other player’s fault, not yours.

I look at it this way. If I’m being called a “Tryhard”, I have successfully done my duty of playing Mind games with my opponent, to the point he starts sending hate mail.

I’ve been called a Tryhard, for switching to a character to avoid a mirror match. Apparently, switching to my Day 1 Mira from my level 50 Kim is tryhard. LOL

What tryhard actually means: “I can’t beat you, so I’m going to assume you’re trying really hard to make myself feel better.”

Please dont let this mess with you emotionally.

You are right, it is just a game, and it is THEIR fault for not understanding that.

You play Glacius, Right? That character REALLY can make people mad, because when you face a REALLY good player, it can feel like there is no way to win. That quickly builds anger, and makes people send hate mail.

Glacius?? Hell no! And he does make me mad. Lol. But I don’t start with the nasty messages, excessive taunting etc.

I hate when 50lvl characters beat my 20lvl Gargos and tbag me, all proud and ■■■■, like they achieved something.

I wish I was called try hard when I beat people. Then again I like drinking people’s salty tears.

This is a compliment, actually but from someone who doesn’t know how to compliment. 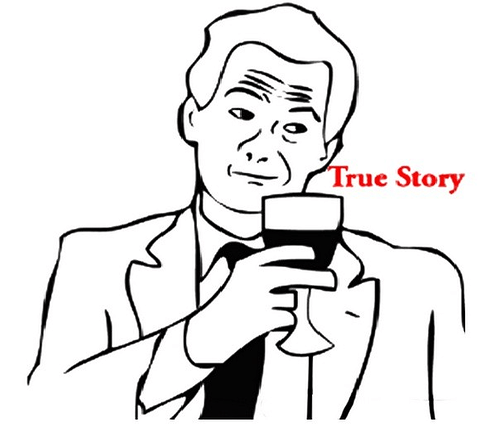 Mute random players. End of story. Sure, you don’t get to meet cool people but you don’t have to deal with any BS either.

The worse part is when you almost win and they still do it.

Just ignore the insults. I’m a Sadira main. I had to thicken my skin early on. I used to get NASTY messages all the time. Sometimes I would even respond with a positive message back and BOOM once the salt cleared they turned out to be awesome people. Not always the case, but the greater majority of folks here are wonderful human beings.

Mute those who are rude and just enjoy the game.

I refuse to acknowledge that phrase as a valid insult.

It’s totally fallacious - people who are good at stuff try hard to get that way. Few if any people are inherently amazing at anything without practice.

It’s like calling someone a person with good work ethic, and expecting that to be insulting.

Trust me I get hate mail with omen to lol

Lol. Maybe it’s because I make people wait at the select screen (exhibition, I prefer it over Ranked for reasons I’ve stated in the past) for a while to stretch and get a bite to eat after they taunt or teabag me when they lose. A lot of people, apparently, also hate the fact that I only play with one character. I’m going to start working with Tusk though soon, just so I don’t get the "don’t you use anyone else scrub? " messages.

This sorta stuff makes me wanna go back into my shell.

You’re supporting a family with what sounds like a good job. I’d recommend not giving a ■■■■ what dipshits on xbox live are saying to you.

I don’t care too much. But, it definitely sucks to be in matches where the other player isn’t having fun or trying to win. Instead, they just knock you for being better. Lame.