I talked about this in the Shadow Lords forum but someone suggested I post it here so here I go.

(Please note this occured on PC and might not happen on Xbox One) To put it simply I’ve beaten Gargos twice now as General RAAM so I could get the mimic skin, but each time the game has broken whenever I take out the second life bar. Gargos’ life bar disappears, the game doesn’t end and I can still use attacks although I can’t ground bounce or flipout Gargos with deadly stomps. In addition I cannot pause the fight, I have to forcefully quit the game and loading back into the same Shadow Lords playthrough bugs the mission select, my entire team is counted as dead and I cannot choose any missions. Feels really bad beating him twice but not getting my reward.

Video link and Screenshot below: 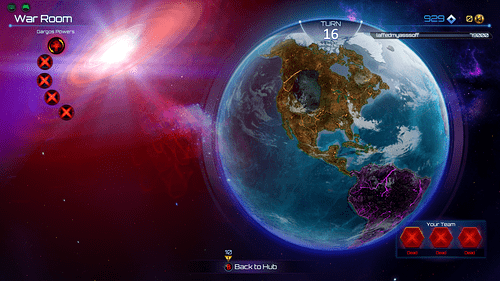 I meant to reply to your other thread. Was able to figure out what was going on. Thanks for the bug report!

This happens if you do Shadow Decimation to win the match. If you avoid doing that, you won’t get the bug.

That’s an oddly specific requirement to bug out the match, but thanks for letting me know.

OHMYGOSH I wish I had seen this thread an hour ago… I just fell victim to the same bug. I normally don’t get mad at games, but maaaan this one sucks.

I don’t imagine one gets credit for the win when this happens? I also assume that any artifacts are gone forever when the characters are dead on restart? Like, I’m gonna have to do it all over again, but this time without the ‘Shadow Lord’ artifacts… man, that’s a bummer.

I want that stage, but this really put a damper on the fun. Maybe another… time, I guess. Though, I did definitely notice the difference in AI difficulty, so it’s probably doable. Just not any time soon. I think I’m gonna play Overwatch for the foreseeable future. Being teamed with double Attack Symmetra on Eichenwalde is less frustrating.

EDIT: @Delriach It’s not just EX Grab, regular ol’ Damage Ender bricks it too. They’re more or less the same move, but yeah. Doesn’t need meter to break, if that helps the problem-solving process at all.

EDIT2: After booting up OW to get my just desserts, I redact my previous statement. Double Attack Sym on Eichenwalde is in fact more annoying than the Gargos/RAAM bug.

This happened to me too, gotta get that mimic raam tho :X