Gargos, you're one ugly mo-fo

Remember the silhouette seen on Shadow Jago and Omen’s instinct? 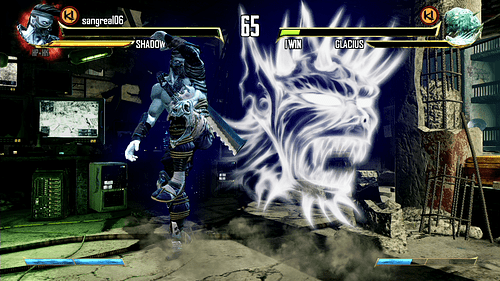 Well Shago’s icons give us a more detailed look at Gargos and he’s fugly. 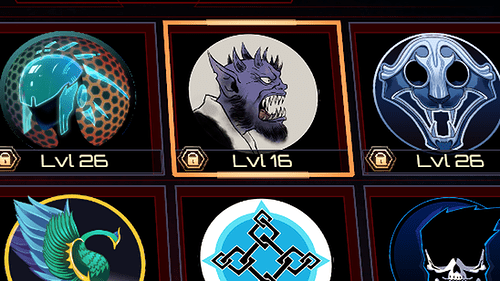 That is assuming its Gargos depicted in the images above.
But who else would it be, Omen even says “Gargos!” when summoning this figure.

I knew someone was going to bring this up. His shirt collar in the image makes me think he’s not necessarily going to be bigger than life - just another average joe with a mean streak that’s lasted for eons.

Yeah, I didn’t notice the shirt before. Maybe he’ll be a tiny guy with traditional old timey Japanese clothes or something. o.o

…and IMO, that would be absolutely hilarious. The idea that he turns out to be more of some trickster-like IMP than some great and powerful demon.

<- see! Gargos in smiley form, except we never knew he’s been hiding under our faces this entire time! It even says “imp” LOL!

I’ve always hoped Gargos would be smaller and Eyedol would be the big brute.

When the supreme ruler of an entire chaotic dimension turns out to be Baraka, it makes you wonder how he fell so far out of grace in MK…

I don’t know, if done right it could be kinda cool I think.

I think this would be perect as an April Fools joke. The end of a March trailer teases Gargos. April 1st shows a trailer for the joke Gargos without a release date but put the actual month he is coming out.On the 2nd,they release a new character trailer with an actual release date. Then they tease the real Gargos at the end.

If either of them had beards I would have thought it would be Eyedol.

I think not only does the instinct image look cool, but also the badge image behind the character select. Badge/ Icon…whatever you want to call it. That one is even uglier…but really cool how they already have it thought of and drawn up.

What Id do to see the concept art of all of the new characters right now and the season 2 character for that matter!

Gargos was always stupid looking tbh. I mean does anyone remember his design form KI2? He looks like a big gargoyle. Even Eyedol looked less boring than that.

LOL I was waiting for this post. At least you CAN grow a Gargos Beard… LOL you know what I’m talking about.

a goatee or a gartee?

Am really not looking forward to either of them. They looked terrible back then and I don’t see how they would improve on the design today. Am looking at the icon shaking my head at how he looks like a generic demon. Don’t care for either of them and really think they are a waste of space for characters. That being said, am really hoping I eat those words when they get revealed but am 90% certain the will look terrible.