How do I fight against Glacius? He gives me cancer in any matchup…

Stay away far away as possible and do portal punches or stay up close and use poking attacks and throws. I’m a Glacius main, he can’t reach all the way across the screen. A lot of Glacius users I meet like to jump kick a lot. Jump “kick” back by wing slapping him. If you manage to get a combo on him do a shadow grab, I forgot what it’s called. It’s when you can grab an opponent and beat the crap out of him/her, throw , release, or smash through the Astral Plane. And also, use your minions and their abilities.

thanks. How do I punish could shoulder spam? This move really drives me crazy across all my mains, but I feel like Gargos has no way for punishing it…

Seriously is there something wrong with me? I can take many questionable chars like Gargos, Eyedol, Sadira, Rash with no salt, but Glacius, unghh I wanted to main him before I picked this game but now, I hate everything about him especially that fckin typical zoner`s superfast charge move.

The cold shoulder? I do that a lot as an alternate to dashing, it gets me closer to my opponent or avoid being crossed up. To counter that try gliding. Jump and heavy punch. Take advantage of your quadruple jumps.

I fought one Glacius and snatched a win with using my air mobility. I was too afraid to test air HP though, after all his fair and balanced could shoulder has priority over fcking everything, forgot to add.

Nothing is wrong with you. A lot of the players I’ve beaten with Glacius have raged at me. Even I have trouble fighting Glacius sometimes. Glacius vs Glacius.

Glacius struggles to cover the space above him, so just spend a lot of time flying around.

Also, portal punches outzone Glacius, forcing him to get in.

I tried portal punches. I thought medium ones would stop his fair and balanced could shoulder, they are designed for stopping rushdown after all. What a fool I was.

his fair and balanced could shoulder

Salty posting/sarcasm won’t get you anywhere.

WOOT! From now on I’ll use Glacius any time I fight Gargos! I gen use Sadira, but he destroys Sadira.

In my opinion, this matchup is in Gargos favor. He can very easily out maneuver Glacius and summon minions to pester him. If you have minions in play, most likely you are going to win this matchup. Also, I would suggest you actually do play Glacius for a while to get some insight.

As a glacius player, gargos seems rather easy.

I actually find this to be one of gargos easier match ups. Until Glacius gets instinct he can have trouble closing the gap on gargos.

Far as punishing cold shoulder if you block it I usually use cr.mp to punish then go into either linker. I also make a habit of stealing Glacius meter as much as possible so he’s screwed no matter what against me. 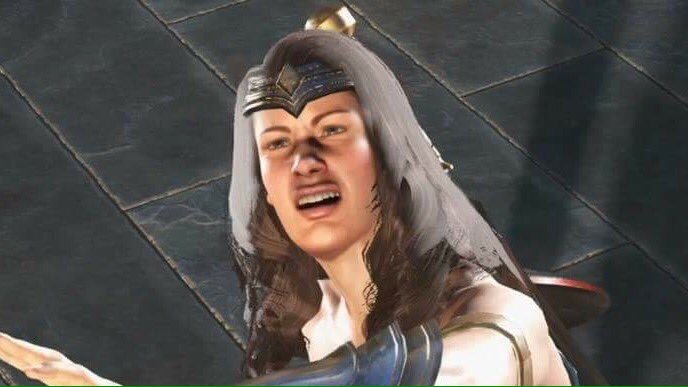 Tell us something we don’t know. Cinder’s dp can be stuffed by a lot of grounded charge moves.

Also, this isn’t related to the topic.

Most reasonably active, forward traveling specials moves will beat out light fireflash clean. The move doesn’t hit until pretty late, meaning Cinder loses his invinicibilty around the time the hitbox becomes active. Fireflash is an aerial special and thus loses the -1 in priority, so grounded specials will beat it.

This is a reliable way to shut down Cinder’s wakeup and keep him from backdashing. Flip side is that if you as Cinder decide to just block, then it should be your turn next. The moves that are best at doing this tend to be reliably negative, so if you sit still and block you’ll be fine.

This is what I do, go to master and check cold shoulder frame data. Pick your main vs Glacius, record Glacius spaming different strengths of cold shoulder. See which of your buttons or specials can counter hit or punish this. At least you will be least afraid/bothered by this. The rest (set ups and gameplan) depends on the opponent and that’s another story. Many Glacius don’t use hail properly and many Glacius don’t have set ups. I even got to think that I would easily beat Gargos with Glacius but it’s not free at all. Gargos has some nice air movility, you just need to practice the match up better. But don’t worry, everybody struggles with different match ups.

PS: just for fun go and put the characters AI fight each other in kyle difficult. Maybe you can find something new (well, the AI won’t make a combo without being broken, maybe it will show how they punish x movement)