“Kneel to your God.” Gargos releases later this month. https://t.co/47STHsuvfB

Whoever the jerk that runs that account is needs to do better. The image in the launch trailer was at least way clearer than that!

So pumped for Gargos!!! Hoping to make him one of my mains!!

That’s not gargos. That’s eyedol. Two heads each with one eye 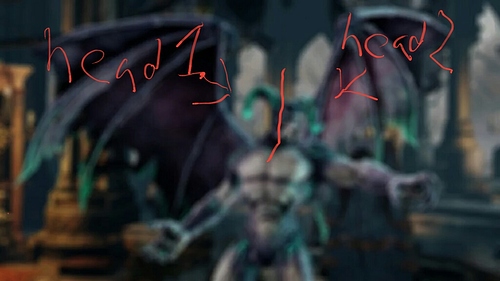 At first I thought the image was just taking forever to load.
Then it hit me.
Well played, Rukari. Well played…

How later this month!?

How later this month!?

But will his appearance be a teaser on Mira’s trailer!?

Why you want to see Gargos’s teaser in Mira’s trailer? We already know what does he look like…

It’s his voice and quotes I wanna hear!

So complete honesty here… I am looking at releasing his teaser as a separate thing. There’s no more need to attach it to the end of Mira’s trailer, and admittedly it would be weird to do so.

I haven’t seen it, yet. I don’t even know what will be in it, but I think it would be more fun when we release it next week (target) to show it on its own.

Also prepare yourselves. I have a feeling that without trying (seriously, we’re not trying to hold on teases), this will be the season of trailers without teasers. 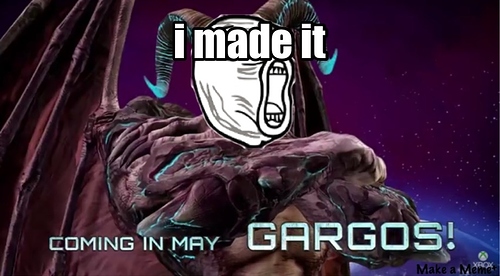 Thanks for being up front - looking forward to next week.

He looks better, at least that color does. Hopefully under all that Vaseline they fixed his monkey face.

-sigh- My new Main. @rukizzel @TempusChaoti @TheKeits You guys need to know something. I have a problem…

…I play 9 characters in this game and Gargos is gonna makes 10 . Somebody Stop me!