You must be talking about his tease. I’m like 99% sure he’ll have a TRAILER.

I hope Gargos will have his trailer too. : /

As regards to Gargos’ trailer, yes, I’m 100% sure it’s coming before his release for all players.

It would be a surprise to all though if a tease will be included.

With E3 right around the corner my guess is they’re going to show “him” there…so my guess is since they won’t want to ruin that surprise they will either have no teaser with Gargos or skip “him” and go ahead and show a teaser for #8…but then again I would say that will probably be left for E3 as well, so us KI superfans will have something to get excited about also.

To quote Rukari: "…the next character WILL NOT be teased."
He also said: "…you will more than likely have Gargos in your hands before you see his proper trailer."
Full post here: Stream before trailer, takes the hype away from trailer?

To sum it all up: Gargos’ trailer likely won’t come out until AFTER the 27th and there will NOT be a teaser for the next character. My assessment is that the next character is [CLASSIFIED] and they’re saving his official reveal for E3.

So they won’t be releasing a trailer for Gargos before he comes out tomorrow? Interesting. Could they possibly be waiting to release his trailer closer to his Comber Breaker/regular release date? 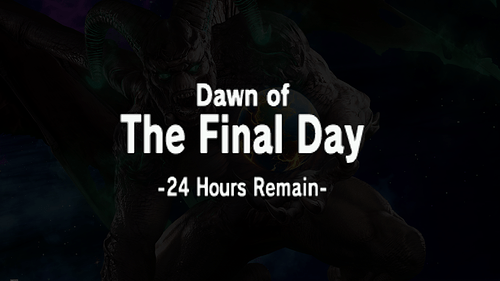 Any idea of when we can expect the update to go live? Around 11 AM like with Mira?

I think at some point the devs should do a behind the scenes of Gargo’s development. Not only that but maybe the people who rigged the character can give us inside on they did those wings cause they’re the best I’ve seen in any game!

Right! One of the many favorite attributes about him. The design and animation team really did a great job, accessories too.

I’m curious about the modeling.

Any idea of when we can expect the update to go live? Around 11 AM like with Mira?

Yes that is a good guesstimate. I’ll let you know as soon as it starts to roll out.

I think at some point the devs should do a behind the scenes of Gargo’s development. Not only that but maybe the people who rigged the character can give us inside on they did those wings cause they’re the best I’ve seen in any game!

That would be awesome, however we’d already need to be done with it by now.

Well perhaps one of them can just tell us how that went.

I assume that rigging wings can be a real pain. I’ve rigged wings before and they can be a kick in the teeth sometimes.

If you know the person behind rigging Gargos tell em’ it’s the best pair of wings I’ve ever seen animated!

Gargos achievements are up!

Gargos achievements are up!

Technically they’ve been up for a week now!

So I guess those of us on the eastern/central parts of the country should expect early afternoon?

I saw earlier why it’s not an overnight download, but to me it would seem like from a customer standpoint overnight would be better, that way he would be loading up while most people in the US are sleeping…but hey, I’m not on the other end.

See, the difference with most things in the Xbox Store is that they’re usually a piece of DLC or a game. Meaning that not much is changed or affected and often times things are already downloaded and just need to be turned on.

This is not the case with KI. We are updating your game - while delivering fun things like characters, modes etc. there is a lot more that could happen and it’s something we like to be around for just in case.

But… they didn’t exist for me in the last 12 hours or so…
But, well, the wait is almost over.

Me either. They didn’t show up on mine until yesterday.