Here is some gameplay of the upcoming 4 VS 1 survival horror known as Friday The 13th.
Though keep in mind this is only the Alpha version of the game.

WHO DO I SEND ONE OF THOSE GIANT OVERSIZED CHECKS TO WITH ALL MY MONEY IN IT RIGHT THIS MINUTE?!?

and other words to hit the character limit 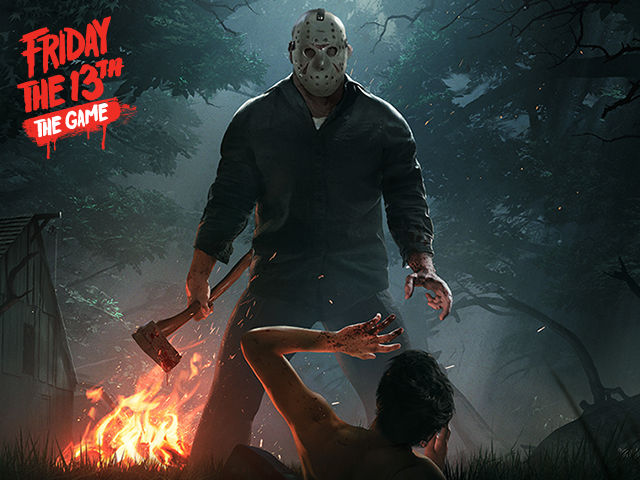 Friday the 13th: The Game on BackerKit

Jason Voorhees is unleashed and stalking the grounds of Camp Crystal Lake! Now we need your help to make this game an amazing reality!

Knew the game was coming but only just saw the gameplay and it was everything I was hoping for. Really hoping Jason has alternate skins from the different movies (Part 8 outfit was awesome) also is there a kill method count yet? Was looking forward to classic death scenes (hot stone in the gut anyone)

Yeah I am super hyped for this game. I have been following it for a while. I just hope we can get some alternate Jason costumes, I would love to get the Derek Mears version. People cry blasphemy when I say this but I think he is a better Jason than Hodder.

I noticed there is a new movie releasing along with this next year. He’s back…

Looked into it more… All the info about skins and extra deaths and everything can be found here - https://www.kickstarter.com/projects/613356213/friday-the-13th-the-game/description

I believe there will be a kill count once the game is finished. plus dons’t the executions remind of you of Manhunt? (the game that got banned)

@FallofSeraphs76 & I have been following it since it was called Camp Counselor or something like that.

I’m so stoked for it! It’s going to be hype once it’s polished. Looking at it now, it’s not bad, so imagine the hype when it’s done.

AND THEY GOT TOM SAVINI

Yeah it looks good, but the game play I seen yesterday…looked…too easy? I dont know…I guess I just need to play it. Why would anyone want to be a counselor? lol

i really wanna play this game, and to hell with being a counselor LOL

how is tom savini involved???

He is the one who approved the game became FRIDAY THE 13th. He approached the Dev team about their Campground massacre game and said hey why dont you just make it the real deal…Friday the 13th.

So its like Evolve, but with Jason instead of giant monsters? Well, as long as 2K doesn’t touch it, it will do fine.

Yeah what Seraphs said. He basically saw the potential and gave it the Green Light to make it a Friday the 13th Game instead of Camp Counselor. I think he is watching the project too. so the Devs can just ask Tom advice and ideas and such.

They even Got Kane Hodder to come back and do Motion Capture for Jason. This game will be awesome.

Don’t worry this is not being published by 2K

funny thing is kane hodder looks like one of my relatives. im not kidding LOL. dude that is so hype that the game wound up getting savini’s blessing. i also noticed the way jason was moving, he had that all too familiar walk and how he was doing his killing animations lol. as for the comment about derek mear’s version of jason, i also enjoyed his performance. he had a bit of badassery thrown in there from what i recall with his action sequences

Doesn’t the kills remind you of Manhunt?