First off, let me say KI is one of my favorite games. I finally tried a match for the first time online this morning. I had a lot of fun despite being a punching bag for the rematch. I forgot who I went up against, but thanks for the game. I learned a lot in that short time. The computer will suffer from what I learned.

However, it was also probably my last online match. I have played KI on and off for the last couple of years and had to back off from even playing with friends at the house. I forgot how bad I shake. Something about how the adrenaline messes with my already complicated health problems and I cannot stop shaking to push buttons or even hold the controller well. Try holding a coffee cup for a couple of hours after the event is a task and then some.

I guess the AI doesn’t challenge me enough to care about it the same. There isn’t the same thrill of victory of crush of defeat against the AI. I beat the AI on very hard consistently, even after coming back from breaks. But other than a bad player, most people provide more of an unpredictable challenge than the AI ever can.

I had played Tekken 7 online a while ago and had to stop that too. This was a fresh reminder of why. Which is really too bad, I enjoy fighting games like this.

This experience also probably saved me having to save money for an arcade stick. I really wanted one, but not much point forking over that sort of money for an item that really won’t get much use. Every now and then, it is good to have reality beaten back into you. So again, to whoever I played, good game, thanks for pounding me into the dirt and reminding me to take it easy before I create unnecessary health problems for myself.

I used to get nervous when fighting online years ago. I didnt shake, but i did feel anxious.
Its just something you have to get used to, try blocking your mind from thinking its a real person.
Keep at it man, you wont regret it.

FYI…if you shake and get nervous, might want to NOT drink coffee. lol

When I’m having a first match in a Fighter against someone else I feel the adrenaline for some seconds, but it’s in a good way, an interesting feeling before I calm down (it’s a huge Lets go!! in my mind and hands).

But if it’s giving you issues affecting your health and you can’t find a way around it then yeah, better not to keep on going

Games and love shouldn’t make you get sick xD

Have you tried playing Shadow modes? That might be more of a challenge than a computer but not quite as crazy as a live opponent.

Either way, I’m glad that you had a chance to experience a really awesome fighting game. You definitely need to do what’s best for your health though.

Good Morning!
I also picked up a lot by playing KI online. Even for more experienced people who did not forgive me and still gave me perfect and Ultra double.
I did not give up. ‘Human’ players are different from the AI ​​of the game. So, to catch the rhythm of most of them, I recommend the Dark Survival. From the beginning. So you get used to the rhythm of many, and also learning to “read” some manual combos, and so defend yourself from them.
I usually play more moderately with new players, because I was a newcomer too. If you want, I’ll leave my gamertags here to add me.
I just ask you not to give up. I played KI 1 and Snes version before playing that version, and it took a while to separate ‘the oldest Fulgore from the younger Fulgore’.
I was very confused, but lessons in the dojo helped me understand the new gameplay, and the Shadow Survival is helping to improve my mains. Before you give up, be persistent.
Dedication has its rewards!
Good luck and good practice!
Gts: LizMk35BR / FX Liz Mk 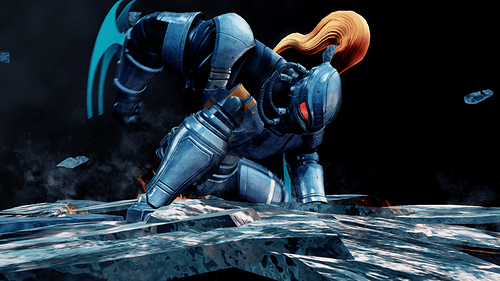 Yeah, KI needs a better ranked system. I know they prefer you find matches quick, but I can feel the pain when lower ranked players find themselves fighting the online warriors litlle super starred gods that will run a truck over them just because.
And I’m not talking about gold ranks, but silver and down.

I disagree… if you dont want to fight the Killers or Gold then remove them from your search criteria.
If in ranked and you run up against higher ranks…well you entered Ranked to be competitive and the only way to get better is fight some one better.

If this scenario , he/she should not be in Ranked at all. First timers should be in Exhibition only. And therefor they can remove the higher ranks from their search criteria…problem is MOST PLAYERS NEVER DO THIS and waste everyone’s time by backing out or getting wrecked and then complaining about the match up system.
IMO the Match making system is fine.

For the record, I wasn’t complaining about the matchmaking system. I saw nothing wrong with it the one match I played. And I do not believe that first timers should be in exhibition to start with, but that’s just my opinion. I don’t care if competition is stiff. If you choose to fight, you choose to accept the consequences with that, win or lose.

I was just venting that my health is preventing me from playing a game I’ve enjoyed and been interested in ever since my older brother took me to the arcades back in '95. Played Thunder then, still playing him as a main now. It still brings satisfaction that I was better than him then. But I digress. Maybe someday I’ll be able to pick it up with more reliability, but until then, I will just stay offline. Wish it was just nerves or being anxious, but that is unfortunately not it. No one wants to hear about my health problems anymore than I want to go into detail about it.

I figured grumping on here was a better way than holding it in stewing about it. Or better yet, talking it over with an ex wife who really doesn’t care. That would’ve gone over great.

Also, to address the coffee issue. Lol. I refused to give it up. Certain things are not worth living without. I did have to switch to decaf though. Having 5 mg per cup versus 65 to 100 is a lot more acceptable.

it’s less stressful when you play against not total strangers.

I was responding to Maru about the matchmaking… good luck with playing online which ever you decide.

By checking how SF ranked works the game is very good and better IMO. I don’t get to see a diamond player matched with a gold or silver. It’s kinda ridiculous to put for instance, Hologram vs a bronze, way wrong for a game to match like that so I get some players frustration in that scene.
The other game is competitive as well and solves this better, no excuses.

Agreed…but that player base is so much larger. KI doesnt have that luxury at the moment. Therefore, play Exhibition and remove those higher ranks from your search criteria…do not enter Ranked.