I read on the home of the game that it’s known that the xbox fightstick doesn’t work which is kind of ridiculous in and of itself. Is there a list of other fightsticks that don’t work with the game?

My Qanba Q1 PS3-PC isn’t responding but I don’t know if it’s my fault or the game’s. If only I could use x360ce but no… everything has to go though that awful store…

The stick works, but there is a driver issue involving the xbone controller trigger buttons, so therefore, you are limited to 6 buttons on the stick as opposed to 8, and you must rewire 2 of the buttons for proper placement.

Technically, it works but not how it should. People shouldn’t nee to re wire buttons just to be able to use the stick. It’s strictly a microsoft problem, microsoft refuses to update the drivers. At least they acknowledged the issue and are allegedly working on drivers. I have been waiting since 2013 for this fix…

My unsolicited advice is sell the madcatz xb1 stick and get yourself one of these: 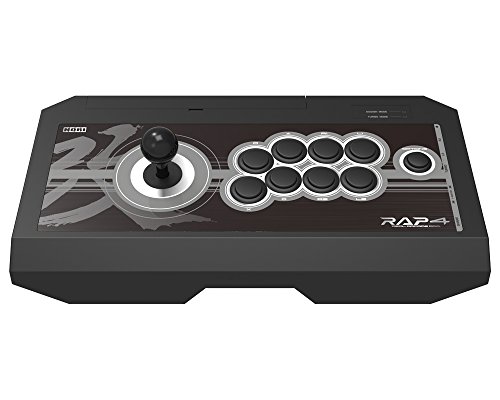 Officially Licensed by SCEA. The Real Arcade Pro 4 Kai is a tournament-grade fighting stick that brings the arcade experience home. It is compatible with PlayStation 4, PlayStation 3 and Windows PC th ...

It’s cheaper than the madcatz and easily moddable so if you must use sanwa parts it can be done easy. I personally like the hayabusa lever (reminds me a bit of seimitsu) and the kuro buttons. Although these newer models are being made with the matte hayabusa buttons which are smoother and require less force to press down.

I have a TE2 x1 I use it on PC with a chronus max adapter. I bought it a long time ago for other reasons but it works with the TE2 all 8 buttons function but you do need to go into game controls and remap them to the proper inputs.