Eyedol's Jumping HP must be fixed

I can’t believe how cheap people play with Eyedol. The constant jumping attacks, the constant recapturing and whatever you do isn’t good enough because of the hit box. They have to tweak this mother fcuker and the spamming. This b4stard and Rash are by far the worst, unbalanced over-powering and spamming nightmare characters.

They already confirmed they are nerfing Eyedol.

But I see no problem with Rash.

Yeah, the devs agree (at least about j.HP) and are working on it. Did you have something else to add, or just making redundant threads for the heck of it?

They already said j.HP is getting adjusted. Don’t know anything else.

Probably gonna reduce j.HP’s blockstun by quite a bit, I’d say. Not sure if anything else would need adjustment, though.

Keits also said the hitbox is active for longer than it should be.

I’m not here everyday and not following every single discussion. It may be redundant to you but I was being genuine in my asking. Pop a pill son

Did you have any less general/more specific complaints, or just venting the salt mine? Like, aside from “spam”, what’s your issue with Rash? When you say recapture, what move are you talking about? Is it a problem you have with the move itself, or just that Eyedol can recap?

If you format your thoughts cohesively and constructively, it gives people a reason to take you seriously and can spark a discussion. Cussing and crying doesn’t cut it. Get hooked… on phonics, son. 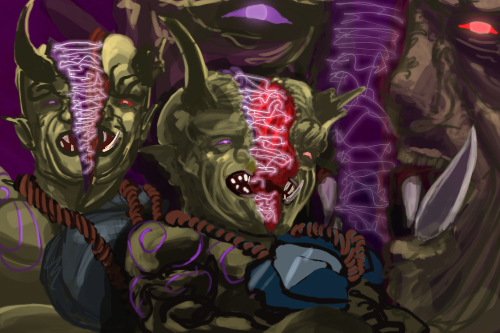 What I meant by the recapture is he can do so many recaps especially when they corner you.

Dealing with eyedol’s j.hp using tj combo is an absolute nightmare. I can’t even roll under it

While this is true, the recapping itself isn’t necessarily the crappy part (at least the way I see it). Okay, the recap uppercut can be tricky because he’s got something of a break-mixup between M and H (also L but you can’t normally followup on it). Much like linkers, you can wait for the second hit and break the recap, but if you’re waiting for the second hit you’re liable to let a bunch of M’s through. His f.MP recap is totally reactable (and I have pretty bad reactions) though, so you can break it on sight.

I’m not saying your opinion is wrong, by the way. Getting relentlessly bounced around and recapped is demoralizing - I agree with that. I think the recaps themselves would be much easier to deal with if they weren’t so easily enabled by that monstrous j.HP (which, despite really liking, is just stupid). Whether or not they’ll change anything about his recaps, I think a lot of the frustration will diminish with a more humane j.HP.

Don’t know if this has already been said, but I figured I’d offer some help.
@TheKeits said on his Twitter that Jump+HP is getting nerfed. Too many active frames, which is probably why it’s a lot safer than it should be. It will probably still be a good tool, just not as wicked.

For those worried about Eyedol recaptures, I’ve got a bit of advise: WAIT. Don’t try to break the initial DP, since that’d be mostly guess work. His recaptures, however, are much more identifiable. Heavy DP has a second hit that recaptures. If you see him swinging down immediately following an uppercut, break heavies. If he delays and uses the command overhead, break medium.

Obviously, once you figure this out and your opponent figures out that you’ve figured it out, you’re liable to be counter-broken. Be cautious, comrades.