Everything Wrong With Mortal Kombat X

Courtesy of GCN. Warning! Spoilers.
Now grab some popcorn and a soda cus this video are way too long. And as the title says, have fun!

I wonder what would happen if GCN take on Killer Instinct… Total pwnage?

I get that it needs to be entertaining, especially if you’re going to watch a 38 minute video about a game’s oopsies and what not, but man do they seem self-satisfied in pointing this stuff out and somewhat jeering at the hard work an enormous team put in to making this game. I dunno, I guess it’s easier to make a post about a YouTube video that’s commentating on a video game though, so maybe I’m no better. Still, kinda wish they’d gone more the technical and literary route as opposed to the snarky, sarcastic route at times, but oh well. No big deal I guess.

Still, to the analysis within the video itself, I can’t find fault in what they’re saying, even if I’m not big on how they say it. In most cases, I’d say they’re spot on. For a team as large as NRS’ some of the logic errors within the story are honestly baffling to me.

If you’re going to make a story that involved, it’s borderline inconceivable to me that they could have so many logic errors from both a character and story perspective, the unbalanced focus on the characters, the fluctuation in character power, the tropey, overdone story items etc.

Beyond the story items, WB really needs to lay off the cash grabbing stuff that they talked about throughout the video, because again, WB is looking worse and worse with each passing game that does this. I’m really glad they got called out (repeatedly) for that.

Either way, great video. It outlined a lot of the issues that I have with the game. From Faction Wars to the story to the money grubbing. I guess when you find that many issues, it might be hard not to come off a little snarky.

I find it impossible to invest much time in this game because of the netplay being so poor. Smooth online multiplayer is a must for me, and this game falls so very short of smooth.

Yeah, the netplay is seriously awful. I hate to be so negative, but after hearing them deliberately answer that question on one of the NRS streams, saying that the netcode would be vastly improved over MK9, I was more than a little disappointed with the end result there. If anything, I think it might be even worse than MK9’s and I don’t know if they’re making any effort to fix it.

I honestly put the game down months ago. The Faction stuff did nothing for me. The story had a lot of issues and seemed a bit half baked and (I hate to say it) somewhat poorly written given the production values for it.

I hated having to play the tappy iphone game to unlock costumes in the main game, it felt like it took forever to get enough koins to unlock stuff in the tappy game as well as the main game’s krypt (which seemed a bit too big and somewhat confusing… Yes, I said too big), the living towers seemed pointless, and the arcade endings, which by now should be used to augment the story, are still pointless, what-if endings that serve little to no purpose, unless you like seeing Sub Zero riding a dragon.

If they come out with a Kombat Pack 2 (ie Rain, Baraka, Sindel and whoever else was playable in story mode, but not selectable…), then I’ll probably buy it, which I’m sure will put my total money spent on the game somewhere around $150 (that’s on me though, my money, my decision), but I’m guessing that’ll give me a few more days or weeks out of it at best.

Personally, my biggest issue though, as my MK fandom could forgive everything else to varying degrees (big story fan, so still a bit let down there)… I just don’t think the gameplay’s all that great, especially after the amount of time I’ve put in to KI.

I didn’t enjoy the background interactables, the meter usage was the exact same as MK9, and while that wasn’t bad, it also got kinda old, especially when you’d see the same X-ray for the 50th time or more. The variation system was VERY hit or miss. The jumping feels wonky, like you never land in the right place and the timing window to attack while in air always feels too small. Control inputs on the controller don’t feel as crisp as they should be at times. Everything feels just a little too sped up and herky-jerky (the scientific term there).

Believe me, I REALLY hate to be this negative about any game, much less MK. I’ve been an MK fan since the first one hit arcades. Love the series and totally respect the long hours that enormous team had to put in to make MKX happen. Still love the series and always will. But while most will disagree with me, I actually found MKX to be one of the less enjoyable games in the series. Hopefully they’ll improve in several areas in MKXI, whenever that shows up.

I can’t be bothered with the video. But I agree with other posters that the net code is pretty awful. Otherwise the game is pretty good, but to be brutally honest, I don’t have much time to play games that my kids can’t watch. So MKX is just something I will pull out every once in a while.

[quote=“Iago407, post:4, topic:814, full:true”]
Yeah, the netplay is seriously awful. I hate to be so negative, but after hearing them deliberately answer that question on one of the NRS streams, saying that the netcode would be vastly improved over MK9, I was more than a little disappointed with the end result there.[/quote]

I remember that exact stream. I hadn’t actually looked into MK9’s netplay issues until I heard them say that; I was weary from what I read, but decided to take their word for the fact that this game would be better. Unfortunately I just can’t hang with the online multiplayer in this game; and considering I have little to no offline FG scene in my area, that’s a deal-breaker for me.

inb4 someone tells me to “stop playing on wireless” (I don’t) or to “get better internet” (I run 75/75 from Verizon, it’s more than sufficient).

Personally I don’t see dropping wireless as a legitimate excuse these days. It’s 2015 every other xbox game I own runs fine through wireless. I’m also a PC gamer on wireless, no issues. If KI and every other game you play runs fine on wireless you should not need to go wired to play MKX it’s a pathetic excuse for their crap netcode that they were well aware of before releasing their DLC laden game. I bought MKX my FG roots were founded in the MK series but they really dropped the ball on this and KI’s netcode spoiled me. I will not be picking up NRS’s next title unless I know for sure their netcode isn’t crap. I’ve put 100’s of hours into KI, I think I’ve probably played 6-8 hours total of MKX. I beat the storymode, played some challenge towers and played a few matches with friends locally. Definitely not worth the 60$ I spent on it.

I honestly didn’t think MK9’s was that bad. There was slight input lag, but (and maybe I’m not remembering this correctly) I really don’t think it was as bad as what we have in MKX. You could fight online, even if it felt slightly off. MKX… I dunno… Maybe it’s just my connection, but there’s about a full second or two delay from input to execution. I don’t have this problem with KI at all or any other game I’ve ever played online for Xbox One.

Maybe it’s just my connection, but there’s about a full second or two delay from input to execution.

I’ve got a proper decent connection and am experiencing the same delay. About half or more of the 4 green bar connections I get matched with have an input delay that’s extremely difficult to get used to. There are some folks who deal with it and have success online, but at the end of the day the online game becomes totally different than the online game. You’re adjusting play-styles.

Maybe I just play too much KI? Am I spoiled? USF4 doesn’t give me anywhere near the trouble that MKX online does. Rising Thunder is in alpha and plays better online for me. To be fair I don’t know enough about the subject to pinpoint what’s causing the issue or who’s to blame, but I don’t need to know a lot about it to know that the multiplayer isn’t fun for me. 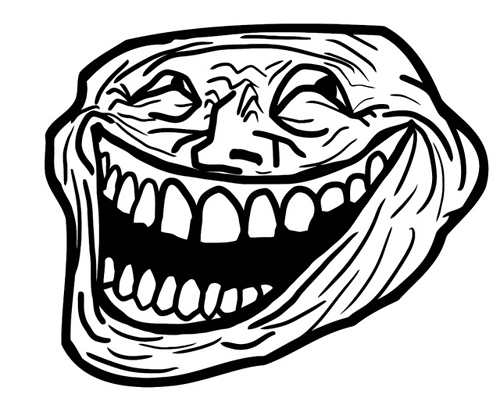 .The DLC thing was annoying

.Making Cassie and Johnny cage OP was the worst thing ever

.Glorifying the new kids and Johnny and D’vorah…sigh

Netcode stuff I don’t care about because why play online if people will spam jax’s rocket, kitanas fan heck any projectile or just play scoripion…so I will just stick to gears of war for online

The worst thing about MKX has been…

A second kombat pack would be fun, but as poor as the onlinemode is I could honestly be without it.