Do you think we are done with content? I wish we could get more crimson packs to show up but it seems there’s nothing left to look forward too

I have a feeling they’re not done yet, now that the Steam release is out of the way I’m sure they’ve freed up resources for other projects.

The dev team have stated in the past that they’d keep making KI content if people kept playing it, so so long as that happens we’ll have more stuff…either in this game or the next.

They got the game at a good price and people are LOVING it, I’ve been playing with more Steam users in exhibition than Xboxers. Those who love it are going to be looking forward to new content and now that the definitive edition thing with all the skins is said and done they can start selling stuff again, PS they don’t need to get EVERYTHING for free yo!

But I think the only reason they gave the DE everything on a silver platter is because of the Steam release. I think I read something about them having to give the Steam release all that content for technical reasons, so of course the DE players would expect all of that for free. Well now they can make more stuffs without having to live up to that obligation. 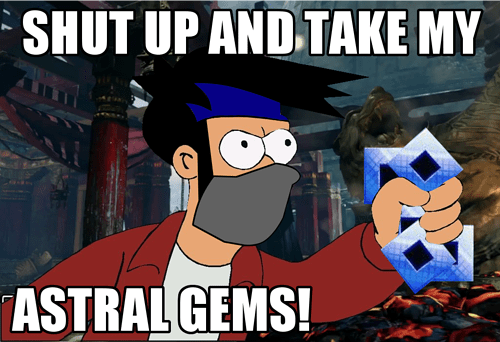 Even in the last patch video released they stated once again if we keep playing and new people keep buying then they would keep giving us more KI.

Hopefully the influx of new players from the steam release is enough to justify new content. A couple of stages, remaining ultimates and some full costumes handled in the same way we got Thunders Nez Perce costume would be my choices.

There is still the Kilgore community fund floating around. I’d like to see that put back into the game. Not sure if a ki World Cup for next yet has been greenlit?

I’d like to at least have Ultimates for all characters. Colours and skins have endless potential for updates, too.

Ultimates for all characters is maximum I hope for. I don’t think we will get S4, KI gets no promotion and almost nobody is interested.

I want a new KI with T7 quality graphics. That’s all.

All I just want is a new sequel for Killer instinct

Graphics aren’t everything, you know. Some of us can’t even take advantage of those to use against their opponents. Believe me, I should know all about graphics/animations being used against me.

The reasons nobody is interested aren’t down to not having a sequel etc. It is, I feel, the fact that MS haven’t perhaps pumped as much of a tournament pot in like Capcom etc have for SFV etc.

It’s such a shame as KI is the only FG I know that promotes two way, more positive interactions, unlike MVCI, MKXL, I2, Tekken 7, SFV, you name it, it’s probably not two-way in any way shape or form. (note: 2 way means that combo breaking doesn’t cost an opponent valuable resources in terms of gameplay).

I’m most definitely interested in a season 4. Hoping very much that it gets announced here sooner rather than later.

I saw that they are going to release a 4k version on Xbox one x. Also I’ve been keeping up with their comic being released. First issue is great and I know they have a bit invested in the releases for the next year.

I suppose it depends on what you mean by more content. I wouldn’t be surprised to see more shadow lords content along the lines of crimson guardians. Maybe even a new quest line or two.

But I’m pretty certain we aren’t going to see any new characters nor a season 4. They’ve had several great opportunities to make announcements and they have gone by quietly.

Again, this isn’t my wish list, it’s just my pragmatic predictions based on the evidence and experience.

maybe later theyll add a new stage, or maybe a retro one. just play and have fun

Let’s bug them tomorrow for new content, as we’ve done all year!

But seriously, between the Steam release, Xbox One X 4K update, brand-new KI comic (which has me totally invested in it!), and who knows what else, I can’t help but to think that there’s still new stuff on the way.