Does online not work on pc

thx did not work

Thanks for the suggestion. I do not have any VPN program installed, though. The other network connection showing on my machine is from Windows Phone Emulator, installed with Visual Studio, but I don’t think it is causing the issue because I disabled it and I can’t still connect.

Uninstalling then reinstalling Teredo + turning on Windows firewall worked for me. Follow the MS guide and don’t forget to restart each time it tells you to.

I was already getting a Terendo address successfully but couldn’t connect to anyone. I went through that guide carefully all the way to the Firewall part starting from the top. Then, matchmaking started working for me.

Hello the solution post in this thread works for me 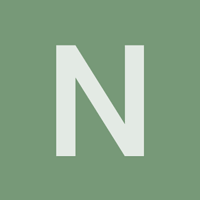 Cannot find any matches in multiplayer on PC

You may be one of the unlucky few like me who cannot get any of the Teredo or general fixes to work. I’m SOL at the moment and they haven’t offered any updates for those of us with problems.

I tried to fix this problem on my computer by doing the steps to uninstall and re-install Teredo tunneling. It broke my Windows and I had to do a full fresh re-install of Windows 10. After re-install, everything started working well and I could even get into multiplayer games on KI. It was very annoying having my PC almost bricked by this problem, though.

welp i hope they fix it so i can play online

Same problem here even though everything seems to work fine (PC). I’m just tired of these botched game launches at this point, hell, at this point even MKX’s netcode is better because at least that one works.

My “searching opponent” stays on forever or comes back as “failed to reach matchmaking servers” on Windows 10. I don’t have an Xbox One.

I already checked that the Xbox app can get a Teredo address. I let Killer Instinct and Xbox app have full network access through my firewall. I still can’t connect to an online match on exhibition or ranked (I haven’t tried lobbies).

This is very frustrating. I hope it gets fixed soon because I spent the money for the all-characters bundle and I don’t want it to be a waste.

Please, anyone knows of any other fix, or we, as customers and as a community deserve an answer from the developers and/or Microsoft and a fix to this problem.

i fixed the issue , it’s on my youtube channel " same name" go and watch and apply

When it comes to port quality sure, KI blows MKX out of the water… but you could play online day 1. We’re almost at day 5 now with KI and simply being unable to play online for no apparent reason is just bad.

Sorry, I don’t trust people who can’t post a simple link and want to promote their Youtube channel madly instead of actually helping people. Anyway if you mean Teredo that’s perfectly fine for me according to the Xbox app, the issue is not there.

Thanks am not going to destroy my PC just to get this game to work when its the fault of the game and crappy windows store.

Sorry, I don’t trust people who can’t post a simple link and want to promote their Youtube channel madly instead of actually helping people. Anyway if you mean Teredo that’s perfectly fine for me according to the Xbox app, the issue is not there.

im not , i posted the steps , then people couldn’t do that , then i offered help then my post got removed because of the forum rules no exchange of information , so the only solution is to make a youtube video . its up to you man in the end .

Checked it: you’re talking about Teredo in the video. Thanks for baiting me to give you a view after I specifically stated that Teredo is not the issue!

Anyway Interna7ionale already posted the same solution so your presence is pointless.

Checked it: you’re talking about Teredo in the video. Thanks for baiting me to give you a view after I specifically stated that Teredo is not the issue!

i’m not making money from youtube i didnt even verify my adsense account , i’m just trying to help , btw he posted my solution ,

@Sance231 do you live in Germany because they have a router named or from fritzbox and it has a teredo filter and it disables teredo once you launch the game , if you do have it or happen to have a smilar filter on your router , it should say teredo filter , then disable it and try