Do you think Scalebound's Drew will appear in KI?

This game is coming out this year. An action game with heavy emphasis on music and dragons. They seem fitting. It was talked about on the forums for a while. What do y’all think?

I hope so. I can see him having a lot of beefy vertical and horizontal sword normals like Dante in UMVC3. He also has access to a magic projectile as well as a bow and arrow:

I think it’s a really cool idea. But it won’t happen in this KI. This KI has ran it’s course and it’s likely that after they let it sit for a couple years, Microsoft will push a sequel.

When that sequel comes out, I think Drew could definitely guest in it. Stranger things have happened.

At least that’s just my opinion.

In my opinion this is the least likely scenario. If MS quits on KI now I expect there won’t be a sequel. Everyone is thinking of game marketing circa 2000 as their model, but the world has changed.

Anyway, as far as Drew I think the big challenge is how do they incorporate the dragon. If they can’t what’s the point of Drew? Even though I’m not that interested in the character I admit I would be interested to see how they dealt with this considering the effort they put into the other guests.

In my opinion this is the least likely scenario. If MS quits on KI now I expect there won’t be a sequel. Everyone is thinking of game marketing circa 2000 as their model, but the world has changed.

At the same time Scorpio and Neo are going to launch, there will be new and better looking fighting games coming along and the casuals will just play those. We can’t be stuck in the past with KI Season 7. We need to move forward or risk losing the casual market.

Not during this game. Maybe next KI. He is too new to make an appearance.

I’m not voting or telling you what I want. I’m telling you how I think MS views the game.

There was a thread elsewhere, maybe in the Joanna Dark / Earthworm Jim one, that had a youtube video with a dude sharing his opinion and he linked another video which was very long. InfinitePrayer was his tag or something like that. https://www.youtube.com/watch?v=qDSsFSpJORQ

He was a long time KI fan of the originals who was a bit disappointed with the new game. He was talking like Drew was certified already. I don’t feel taht way at all but its easy to understand why he wold be considered.

Do I think? Not in this season.

Drew but maybe a more aged version with longer hair. 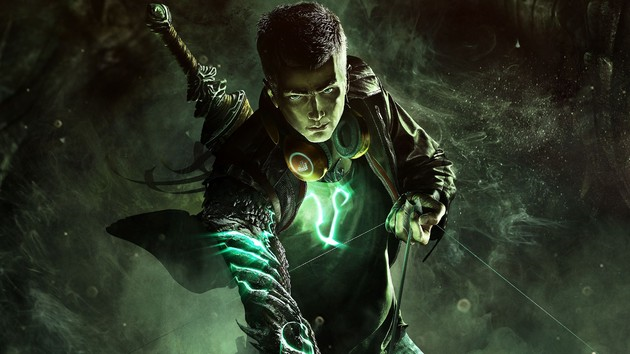 Gaichu from Shadow Run. He is a Ghoul Red Samurai. How does that not scream KI?

Locke from Halo 5, said Locke because his Spartan gen is smaller than the 2’s and we can see Emile skin.

Ori because the game is a lot less dark so why not. People are going to complain and argue that there is now way they can make these characters playable. All I have to say is LMFAO. Have you seen the way KI is balanced and what characters are in it? At this point any character can be in the game.

I’m playing some fanmade remake of the SNES Shadowrun of off Steam right now.

Jake Armitage is the most iconic, but Gaichu is just so perfect.

Omen needs a white skin to be Ori.

Same here. MS doesn’t want to lose the casual market. Not when they make up a decent portion of the game’s sales.

Because at the end of the day you’re right, times have changed. Bigger and better versions of the consoles we play today are coming soon. Microsoft has just brought this long dead IP back to life and it’s here to stay.

I don’t have any charts or any evidence to prove what I’m saying. All we can ever do is speculate. But if I were to speculate, I don’t think Killer Instinct can survive as the platform they advertise it as.

KI needs the kind of improvement that a sequel brings. The graphics need to improve, the gameplay needs to be built upon. Both Street Fighter and Mortal Kombat didn’t become the big names we know them as today just off of one game. Fame takes time. I’m not gonna derail this thread though.

Drew is a sick idea for another time in my opinion. As a Microsoft IP, a guest appearance would make just about as much sense as Arbiter or RAAM.

KI needs the kind of improvement that a sequel brings. The graphics need to improve, the gameplay needs to be built upon.

Oh? Have any ideas?

That’s the thing actually, I’m very new to fighting games as a genre. I feel like my recommendations wouldn’t make a lot of sense. Maybe I should start a thread about it to see what people have to say.

What I can say is this. Lately, people have a lot to say about this game! Let’s take another look at the recommendations people make and try to apply them!

Were gonna need appealing guests as all the originals are back and a season of completely new characters would be too expensive to create (they couldn’t even afford all characters getting stages S3). If that means Xbox exclusive guests again then cool but ideally more established names like Joanna Dark, Lara Croft or the likes. Crackdown Agent etc won’t bring in much new blood.