Just making a specific thread for this game. Hoping more details will come out after closed media sessions demoing the game.

Also, I’m a huge Shadowrun fan and CP2077 is my most anticipated game together with red dead redemption 2.

I’ve always been fascinated with the whole cyberpunk theme and the world of Shadowrun, but never played any of the games like that. But I am definitely going to grab CP2077 once it comes out, it looks beautiful and I absolutely love the aesthetics so far!

Apparently it’s going to be played in first person…not sure if an option to switch camera angles is available.

Also, CDPR mentioned many customization options for your character. Must admit, without seeing your character it could be a bummer.

id say this game is the one i was most interested in for e3. im a bit concerned about it going FPS, since usually those kinds of games can only offer so much depth to it. deus ex comes to mind, it had options but not very many. so im excited as hell, but im also being very cautious. will CDPR catch lightning in a bottle twice?

I was really interested in this game until I found out that it’s first person. I’m honestly just terrible at first person games, but I also just don’t do well with the perspective from a gastrointestinal standpoint lol. I read that you’ll see your character in cutscenes, but that’s about it. I now have zero interest in this game, but much like Dishonored and many other awesome first person games, I’m still happy their happening and happy for the people that play these games and enjoy them, no question. I just don’t think I’ll personally be picking this one up.

Looks like they use your favorite word a’plenty! lol
Get ready for the SJW kids to break it down! This game is so you! lol 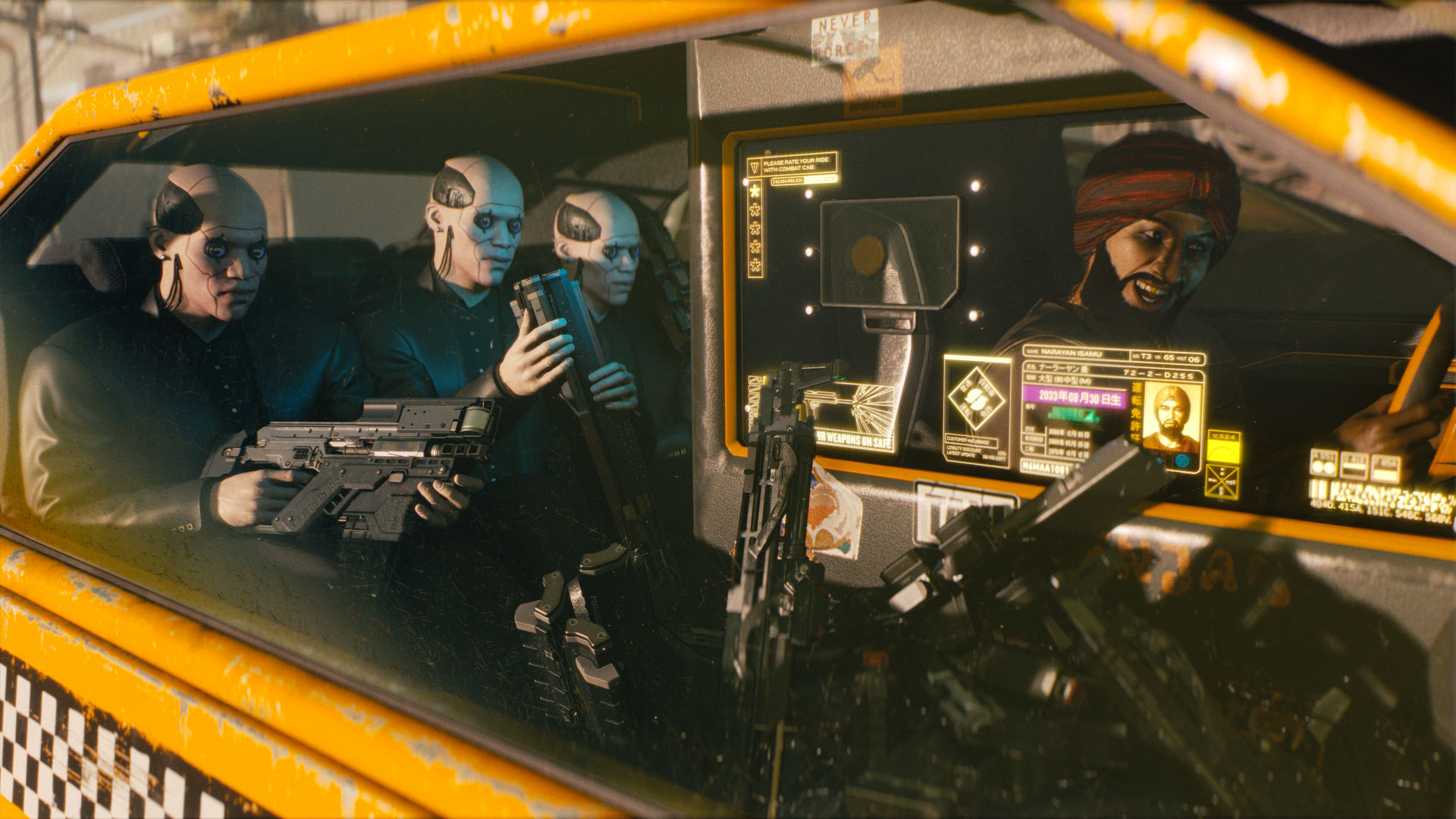 Cyberpunk 2077 is CD Projekt RED's new first-person RPG. It's going to take you to places you've never been before. Brace yourselves.

super late edit: heres another article i found off reddit

Cyberpunk 2077 Is Not What You Think – Impressions And Details From 50 Minutes...

At E3, CD Projekt Red is giving live demonstrations of its next title, which just happens to be a first-person RPG.

Any gameplay vids at gamescom?

Hard to get excited and hyped without having seen any real gameplay. 100% buying this but so far could not get excited to discuss anything just by looking at screenshots. Just feel that seeing stills of a 3D game is like looking at silhouettes of future dlc characters in a FG

Just like mass effect 2, which I did not play until years after its release on ps3, I will just be amazed about how great C2077 is once I actually be able to play it myself. See u next year when the game hopefully is purchasable.

@BoJima404 @FallofSeraphs76 here you go boys, the e3 demo. enjoy! i think CDPR will catch lightning in a bottle twice with this one

This game looks so good. I can’t wait for it to come out.

I really like the look of the gameplay and combat, which was an aspect in the Witcher games I was less of a fan of TBH. I think the Deus Ex-ish FPS/RPG approach was the right choice for this game.

we just have to remember the things we saw may not be at release version. i came into viewing this demo in a mindset that theyre giving us an idea how it will play.

i gotta say though, that crowded street was amazing. i then looked at my PC and saw massive dollar signs because im pretty sure by its 2019-2020 release im going to need an upgraded PC lol.

also…the game is going to look so amazing at night. holy ■■■■

So cyberpunk “fans” (aka mainstream journalists and pro-Twitterers) are freaking out about CB2077 being a cyberpunk game with cyberpunk themes.

I hope CDPR could take 2M less sales if these people would just go away.

(aka mainstream journalists and pro-Twitterers)

Let’s be real here, it was only a small handful of the usual clickbait websites and Twitter randos pressing the issues, and it was all quickly addressed with further context. The response was far bigger than the initial complaints, which is probably what they wanted. It’s nothing to actually worry about.

What are all these abbreviations? Spell it out please.

@BoJima404, those people arent fans. and game journalists these days arent gamers. mike pondsmith creator of CB2020 has since told them to stfu and so you neednt pay any attention to them. theyre just clout farming

and it was all quickly addressed with further context

Yes, I read a response from CDPR and I believe it was addressed now. Relieved about that.