What do you guys think?! 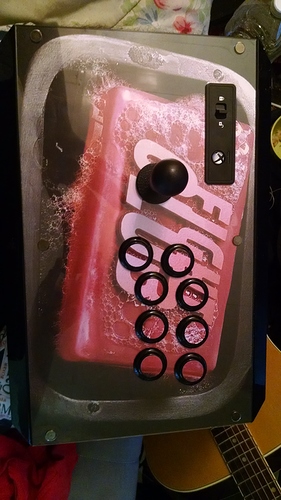 I don’t like how the buttons overlap the Fight Club logo. Other than that, good looking fight stick.

It is atrox**! And I’m not sure, its my girlfriends. I play the cuatro (4 stringed Venezuelan instrument. I tuned it like a ukulele, though it’s around 3 times the size of one)

So my girlfriend and I jam sometimes with those. You play something?

I play guitar, although I hurt my hand so I’m on hiatus for a little while. I have a Yamaha F355 and a PRS SE Angelus.

Edit: where does an arrow stick come from?

hers is a mitchell, mine is a cordoba. we should xbox live jam and stream! KI and Jam!

(Can’t talk about how cool the stick looks)