Could we have a Blood toggle in options?

I was just curious if a blood toggle could be an option. It’s not that I don’t mind it myself, but there are a lot of us older KI fans that are parents with small kids, or perhaps players with younger siblings and overprotective parents…

That being said, I’m not looking to start a debate over what level of gore KI needs, I’m just asking for a toggle so those that prefer could turn it off.

I agree with this actually. My family are really sensitive. They don’t like blood. I doubt the devs care enough though. They are a budget team.

I played Mortal Kombat when it first came out on console. The very first one. I was 6 years old. And I’ve played ALOT of bloody games since.

It hasn’t affected me, other than maybe I’m desensitized to fictional violence to a certain degree. Because I was taught to differentiate between what is real and what is fiction.

You’re afraid your kids see the little blood that’s in KI… Why?
What about the very violent fights? People and monsters hitting eachother senseless, slashing through eachother with swords, bashing eachothers skulls in with kicks. That’s alright then?

What is it you are afraid that your kids will learn about it? That when you get hit, you bleed? It’s not the blood you should be worried about, but more that your kids learn that you can beat the crap out of someone without them bleeding.

All this can be avoided though by just talking to your kids and explain the situation to them. That the game is not real and if done this to a real person, it will hurt them. That it is okay in games, but not in real life. Teach them the difference between the two and they will be alright.

That, or just don’t play the game with your kids around. It’s not the game’s fault, it’s rated T, so your kids shouldn’t even be watching the game in the first place. Don’t ask the game to change, because you can’t follow the rating of the game. Killer Instinct is not a game for kids, so asking them to change something so your kids can watch it is wrong.

Perhaps you didn’t see this in my OP:

I’m not looking to start a debate over what level of gore KI needs, I’m just asking for a toggle so those that prefer could turn it off.

Not everybody has the same values, and that doesn’t make anyone views any better than anyone else on the matter. A simple toggle…so players can use it if they want and turn it off if they don’t. That’s all I’m saying.

No no, I read it, and I disagree with it for the points I stated above. Your kids are not even supposed to look at the game, so it is your job as a parent to make sure they don’t, and not ask the game to change.

Umm my family is really sensitive to blood in general. A few of them even have blood phobia. It would help if there was a toggle. It isn’t the violence but the blood. I did feel like a troll though and showed them an MKX fatality. They hate me now lol.

Maybe play the game when they’re not around? Or tell them you’re playing, so they can avoid looking at the screen. I’m arachnophobic, but I don’t tell people around me not to play games with spiders in it, just because I’m sensitive.

Correct me if I’m wrong, but isn’t the point of the forums…especially the Game Suggestion and Feedback…do to just that: make suggestions to the devs to help them tailor the game towards the wants of the players?

For you…it would do practically nothing. Just add a toggle you can ignore. For those like Sasuke99I it’d get his parents off his back…and others in similar situations it would likely open doors that may otherwise be closed to them.

It’s just a simple toggle I’m asking for…use it if you want, ignore it if you don’t.

Yes, you can make suggestions and share your opinion and discuss these things on here, as this is a DISCUSSION FORUM! And I did just that, I shared my opinion about your suggestion and told you I find it wrong for reasons I stated above.

You are asking the devs to censor the game for reasons that shouldn’t even be considered as part of the problem. The game’s rating should be guidance enough.

Go home and be a family man. 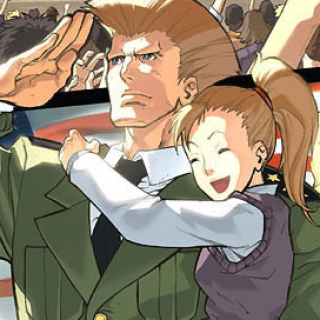 There’s a difference between censoring the game and giving players the option to self-censor. If you don’t want it, don’t use it. Hell, most if not all of the MK games have had a toggle. Most people don’t use it, but it’s there. All of the previous versions of KI had a toggle…both the home ports and arcade versions. So it’s not like what’s being asked is unreasonable. It would not be taking away your ability to see blood. So it doesn’t affect you.

Now whether the devs think it’s “wrong” or whatever, how about you let them decide? You’ve stated your opinion…it’s noted. Now please let others give theirs.

Or maybe it would help if there was a toggle and they can enjoy the game as well.

Now please let others give theirs.

I never prevented anyone from giving their opinion.

Or maybe it would help if there was a toggle and they can enjoy the game as well.

See, this is a good reason to ask for something like this.

I am just against censoring, and I have seen so many examples on people trying to make up excuses for why games, movies, people etc. should get censored, and most of the reasons aren’t even legit. For example, saying someone’s kids can’t watch the game because of the blood… that’s not a legit reason, because the game isn’t made for kids.

No, just presenting them with a condescending wall of text when they do when a simple, one time “I don’t think it needs one” would have sufficed.

My three year old son did his first Tiger’s Fury two days ago.

There are no limits. He’s coming for you.

He’s coming for all of you.

No, it wouldn’t have sufficed, because then you wouldn’t get my point.

What point is that? That anyone with kids shouldn’t be allowed to play KI? That adding a simple toggle is censorship of the highest degree and even if it doesn’t affect the game play of anyone that doesn’t want it whatsoever it should be abolished from anyone’s thoughts?

You do realize that the ESRB rating system is not some sort of strict “you must be this tall to play this game” policy? It’s simply a guide that buyers can use to quickly determine what type of content a game has, and then lets that buyer decide…with the exception that stores won’t allow kids to purchase M-rated games…there’s no restricrions on whether or not they can play…but they simply cannot buy them.

I have no problem with my kids playing KI as is…because I know as a long-time player that after a while the blood becomes white noise, and eventually you don’t really ever see it anyway, because you’re focused on other parts of the game, like recognizing animations of auto-doubles in order to break them. But like Sasuke99I, I do have other family that gets squemish around blood that would enjoy the game as well if there was a toggle. So it would be nice to be able turn it off occasionally. Not everybody always has the same situations going on around them. Sometimes it’s appropriate…sometimes it’s not. Some times you feel like a nut, sometimes you don’t. That’s why we have options. I’m just asking for one more.

Options are always a good thing. Different people will want different things out of their gaming experiences. Some people want pretty graphics at any cost, where I’ll gladly turn my options to potato if I can get a higher, more responsive frame rate.
Sometimes VFX like particle effects or gore can sell a game for someone (it’s certainly worked for me) oftentimes the game is fun enough by itself that even without all the bells and whistles it can still be entertaining.

Would I ever personally use a blood toggle in KI? No, I wouldn’t, and neither would anyone I know. But I’ll never turn down a proposal for giving players a choice.

I dont even really notice the blood, but if the man would like a toggle for his family I’m all for it. Censorship is when something is taken out or forbidden, a toggle is a choice.