Clarification on what Cross-Play really means

I assumed it meant if you are a PC player you could play against whoever you want that’s a Xbone player. However, when I look at the FAQ for crossplay, that’s not really what it says. It basically says if you’re an xbone player you can save your offline games and continue them on PC. So is that really all it is, the ability to transfer save files between your own xbone and your own PC? There’s absolutely no matchmaking putting PC players against Xbone players?

"Cross play allows you to cross-save between supported platforms and devices. This means that you can start a game you own on Xbox One and then continue playing on Windows 10, and vice versa. Not all games currently support this functionality. To check if your game does, read the game details in the Xbox One Games store or the Windows 10 store.

If you own both the Windows 10 and the Xbox One version of the same game that supports cross play, the following will allow you to continue playing on either platform:

When your game is saved to the cloud, there may be a delay while your new save is synced with your existing save. This is to ensure that you don’t lose any progress or achievements. It can take up to 10 minutes."

I’m pretty sure I’m not the only one who thought cross-play meant expanding the player base on both systems by letting us play against each other.

I’m pretty sure I’m not the only one who thought cross-play meant expanding the player base on both systems by letting us play against each other.

No, your first understanding was correct. You can play against anyone playing KI, whether they are on PC or Xbox, no matter which system you’re using yourself.

You can actually verify this ingame by looking at the Exhibition setup screen, where there is now an option for “Cross Play Allowed” or something like that.

As @xSkeletalx said you can play on PC against people on Xbox One and vice versa.

If you only play ranked on PC and notice that after the Vs screen your screen stays black for a while, that means you’ve been matched against a Xbox One player. You’re actually waiting for their longer load times to finish so the match can start.

That doesn’t necessarily mean cross-matchmaking. That could simply mean cross-saving between your xbone and PC will be enabled for the match results. Or allowing you two switch between your two devices. So you play a match, leave your PC window up, then go play on xboxone, something like that.

Can we get an official response from Iron Galaxy or Microsoft?

I’m trying to figure out if this is a troll or not. I’ll assume no?

The pool of players for multiplayer is across both Win 10 and Xbox One. You are matchmade with everyone. You can invite anyone from either platform to play.

When you search for online matches there is a option that let you choose to play with or without xbox people.

In the morning i played against a kid who says “XBOX record bla bla…” something, so im sure the cross-matchmaking works.

You should learn to not be so snarky towards people asking questions because of your own company’s ineptitude to convey pertinent information in an unambiguous way. …you catch that, genius?

Now I fully expect you to ban me because you’re embarrassed. Go ahead, abuse your power, no one will stop you. It’s the beauty of the internet.

wtf is wrong with you?

Thanks. I haven’t been able to connect to a friend on xbone while I’m on PC, so I looked up the FAQ for this game.

Now I fully expect you to ban me because you’re embarrassed. Go ahead, abuse your power, no one will stop you. It’s the beauty of the internet.

He doesn’t have to, because I’m going to do it for him. Enjoy your vacation.

What rules have I broken? You should ban yourselves, so rude, so incompetent. IG employees disrespect their customers, great selling point.

“I’m trying to figure out if this is a troll or not. I’ll assume no?”

That right there, so unnecessary and insulting. 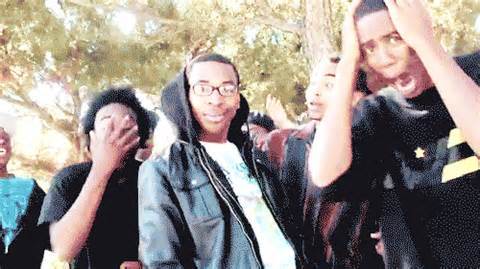 You know what. I concur. He’s in a position where he has to stand neutral until proven otherwise

Locking this, move along, nothing to see here.