I’m many ways beat’em ups are the antithesis of fighting games but they tend to have a lot of cross appeal, and since this is Capcom I though folks might be interested. 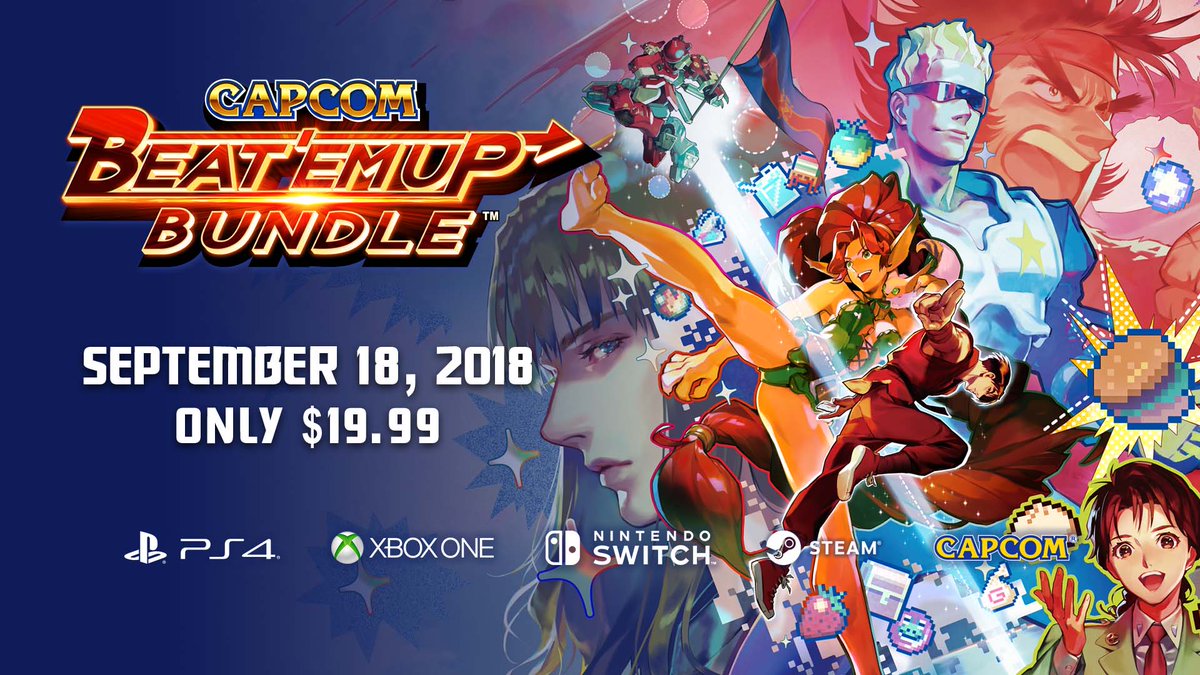 Besides Final Fight, I don’t think any of these games have been accessible outside of emulation for a good long time. With a price tag of $20 for 7 games this seems like a pretty good deal to me. I also think the Xbox one version - with the hope of future comparability with new Xboxes down the line makes the most sense to purchase these retro games - so you aren’t re-buying them or having to keep old consoles around. Steam also works for this if you care to play beatem ups on PC.

These games have gone out of style because they really only make sense to steal your quarters. But they can make for a fun few hours with a friend. The best update to the genre, by a million miles in my opinion, is Dragon’s Crown. The leveling and play through mechanisms there really should be picked up by someone to make newer beat em up games.

I had Dragons crown on Vita…I never got a chance to really get into it. BUt I liked what I played. That Odin SPhere game is by the same people and it looks cool too. Have you played it?

I have not. I played Dragons Crown on PS3 and although I found a lot of the art objectionable (for reasons that I’ve talked about ad nauseaum on the forums and will not get into here), the structure of the game, to me, combined the sort of diablo grind with a beat em up playstyle. The branching levels and different bosses gave the game a lot of replay ability and the leveling gave you motivation to keep playing - the two key weaknesses of these types of games now that we all have infinite quarters.

I think Odins Sphere is just onVita (which I don’t own). Rumors are that it’s good but I haven’t tried it and honestly, I couldn’t tell you what kind of game it is.

Okay, but… where are the new beat’em ups, Capcom? A new Final Fight? There’s a new Streets of Rage coming out that isn’t just a port of one of the old games. And a new Battletoads.

A new Final Fight would be cool.

… let me rephrase that…

A new GOOD Final Fight would be cool.

I will be interested to see what they do with Streets of Rage. The “brawler” style doesn’t lend itself to any kind of gear leveling although maybe moves could be added as you level your character. But I’m curious whether they will stick to the 90’s quarter muncher philosophy or if they will try to modernize the game a bit.

I think Odins Sphere is just onVita (which I don’t own). Rumors are that it’s good but I haven’t tried it and honestly, I couldn’t tell you what kind of game it is.

There was a PS4 re-release as well, under a different name (Odin Sphere: Leifthrasir) which supposedly changed enough to invalidate older versions of the game in some peoples’ eyes. Even now though it’s still $60 outside of sales though.

On topic, this bundle is interesting, it even includes Battle Circuit which was Japan-only prior to this release if I recall (the closest we ever got in the past was the Felicia costume in UMvC3, which turned her into this game’s catgirl character). Surprised they didn’t include Warzard/Red Earth though, or the Final Fight sequels. Also now I’m just waiting to see how much of the games will be intact; after seeing so many re-releases get edited for content or licensing issues it’s pretty much par for the course for me to expect changes.

Its on PS4 now too…actually both Dragons crown and Odin sphere are on PS4 as remastered console editions. I have the Odin spehre demo…its pretty cool…I enjoyed it.

Yeah, I don’t have a PS4. And I don’t know if I would pay full price for a new version of the game that uses my saves… But I’m baffled that the leveling system hasn’t been copied by someone yet.

Dude, Odin sphere is 60$ for VIta and PS4… its crazy how much they want ppl to pay for that game! Dragons crown is only 40$ but still… its a lot for just a rehashed vita game to console. I really wish I could dedicate more time to all these game we all talk about. SO many games Ive bought or DLd for free and never had the time to invest into them. Dragons Crown being one I regret.