Not only do I believe we will have an Omen/Shago style bonus character, this season. I believe we already know who it is. Unfortunately I can’t because the dev’s would lock this thread.

Nah, I don’t think “You know who” is the bonus character. They (who ever they are

) are far too important to be put into the lowly bonus slot.

John Cena, if I understand the codenames correctly.

Mah. He is not a bonus character. He is confirmed as the next character for S3

Completely separately from this topic, but I don’t understand the John Cena meme.

Rash and Arbiter are kinda already bonus characters, as they aren’t part of Killer Instinct or the main lore, but rather guests from other franchises.

Are you implying gargos? Because thats speculation, not a leak.

If Gargos is in Season 3, which seems very implied in the Season 2 Story Mode, then he would be the main boss character, like ARIA was for S2.

Nope. I believe Gargos will be a normal character. The bonus character was leaked. At least I think so.

Huh really?..let’s leave this discussion for another time then.

Okay. I just wanted to say so now so I have proof I was right.

Heheheh okay I get it now.

nope. I mean, it would fit, because then the devs have an excuse to not do a retro costume and avoid the Satyr legs, but my theory is that it is someone else.

just look at Arbirter. For me its just javin talkin. Pls. There are something that needs to be dope at season 3 and this thing is Shadow Eyedol. Retro Eyedol could be like his retro already if they decide to give a bonus character a retro costume. Just pick Arbiter’s exoesqueleton and give it two heads and a club, mace, whatever. Its easy for IG to Eyedol at this point. And make his gameplay strong like Goro. There’s not a really good excuse to dont have Eyedol at season 3. People demand him as a playable character through this season yet to come.

PUT HIM IN THE GAME!!! I will get a tattoo of his goofy yet awesome KI1 self on my right butt cheek and live stream me getting it for everybody to watch just put him in the game!!! 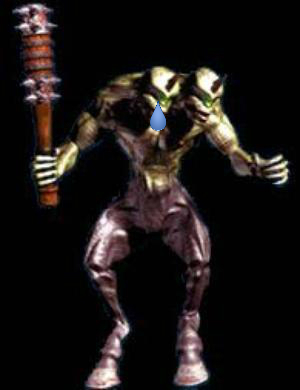 Eyedol is not dope at all, rugal or some other classic boss that is what you call dope