Hey everyone, I wanted to share my experience and research on the best TV available for fighting games at the moment for its size. Also at a really low price ($498.00 at Walmart + only $39.00 for a 3 YEAR WARRANTY) 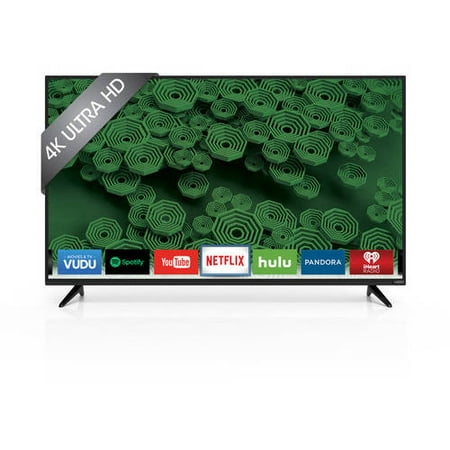 ONLY 1 FRAME of LAG DELAY!!! And boy does it make a difference and is noticeable. The settings also has Game and Computer Picture pre-sets to ensure you have the best Frame rate available.

The 4K port also up-scales the resolution even if the game is not HDR 4K compatible ( Like Forza Horizon 3, Gears of War 4, RE7, ect…)

The Color, Depth, Back light, sound, contrast all looks so rich and detailed.

This is the same TV Max uses to play his fighting games on. See him praise it here at the 1:45 minute mark. ( I set the time stamp accordingly)

Guys this TV is amazing for Killer Instinct! And for only $550 with tax it is so worth it. I cant believe how great the game looks now compared to my Sony Bravia that is a little bit out dated.

If you are thinking of getting a new TV and are unsure and hesitant due to all the choices available…trust me… this is our answer for those with a lower price range. This thing has better Lag delay rate that some Game monitors!

I just wish I would have purchased this TV sooner!

Anyone else here have this TV or one in the D Series?

Sounds pretty awesome. There is one thing that makes this a deal breaker for me: 3d support…I know a lot of people are “over” the whole 3d craze, but to me watching a movie or something made for 3d is kinda like intentionally watching a black & white movie when there’s a color version out there.
It’s got a 4k tv with passive 3d, and when I get around to upgrading I’ll likely get that one, unless I can find something better.

Edit…lol…didn’t realize that I was necro posting.

but to me watching a movie or something made for 3d is kinda like intentionally watching a black & white movie when there’s a color version out there.

The thing here is that color is actually utilized by filmmakers to enhance their films. They play with tone and color, when deciding how to frame their shots they have color in mind, they use color to tell the story, they use color as subtle hints and cues, and so watching these films without color takes away from the experience. Imagine seeing Schindler’s list without the girl’s coat being red? You’d lose such an important part of that movie.

3D on the other hand isn’t actually being utilized by the filmmakers, it’s studios creating cheap post-conversions to squeeze extra money out of higher ticket prices. Sure you got a few guys out there that actually utilize the technology like James Cameron, Avatar was made from beginning to end with 3D in mind, but then you have other filmmakers that aren’t even involved when their films are converted into 3D and so the technology isn’t being utilized making the 3D pointless for 90% of the films out there.

I’m well aware of the difference in post-production and native 3d use. Honestly a lot of movies are getting to where if it enhances the experience they add it and if not they don’t (Logan, for example).
2 movies I can think of off the top of my head that I the 3d vastly improved the experience are Dr. Strange and Transformers 5. Dr.Strange’s visuals just…wow…just wow. Transformers…to be honest there’s so many little pieces and chunks & stuff that the robots are made of the more visual data your brain can interpret the easier it is to keep track of which walking scrap pile is which.

And on the other hand…don’t watch the remake of Conan in 3d…in fact, it might be best to steer clear of it altogether.

But whatever the case, I like me some 3d. And if it’s available I prefer the 3d version. Not everyone does, and that’s fine, but I do.

I would like to get this but it is too large for me. Does anyone know a good 4K HDR TV for gaming that isn’t to expensive. Size should be around 30-40 inches.

The TV i got that inspired this thread was oly 499$ almost 1 year ago. the 30-40 inch version of this same TV should only be 299$.
It doesnt get any cheaper than that!

But this series models do not have HDR. HDR is only a contrast level from black to white. It makes colors and shadows POP more. It does not effect the pixel count or any thing 4K.

This is the only 4K with HDR 35 inch TV Best Buy currently has online.

Would you say HDR is worth the higher price? I’m considering getting a 4K TV that’s decent for gaming but not too expensive.

I would say NO…but I also dont have HDR. @BigBadAndy has HDR and he can answer best. But from what he has told me its not very noticeable.

BTW…getting HDR is going to be EXPENSIVE. Thats what drives the price up. If you dont want HDR and want the best for gaming with the best input delay… the Vizio D series is what you want. FOllow the link in the main post to find the best site that shows you all the things you need to know per TV

It’s not cheap, but I recently purchased a 4K OLED set from LG (65OLEDC7P), it looks incredible and minimal input lag for fighting games. With the XB1X hooked up to it, KI is jaw dropping (as is Forza, Gears and others).

What is the input lag delay in miliseconds? Does it have HDR10? And does it have 4K10bit at 60hz?
65 inch im assuming?

It has 21ms input lag in game mode, which is quite good. And yep, 65". Supports HDR10 and Dolby Vision, as well as 4k10 at 60hz. I’ve got an XB1X and an AppleTV 4K hooked up to it, and I can’t go back. The only problem is I’m in grad school and it’s hard to turn away from it sometimes when I should be studying instead

That’s pretty good for the size. I wish someone had made a thread like this before I bought mine… even though its the BEST for input delay…it doesn’t have HDR and even though its not necessary, Im the type that needs all boxes checked, all options available…so it bugs me when the settings say " no HDR or the option isnt highlighted"

Plenty of time to adopt HDR/Dolby Vision moving forward. The technology is fairly new and prices will come down over time. That’s really the only knock on OLEDs too if you were interested in that technology, they’ve already come down quite a lot from a year or two ago and will only become more affordable in the future

I’ll probably wait a year or two before getting a new TV then. There’s always the option of saving money in high shcool and buying stuff in college.

How much are you talking about spending?

The Samsung I listed above with HDR was 499$.

I’ll probbaly get the Samsung one but I’m not sure on the input delay. I’ll do some research tomorrow. If it doesn’t work out to be decent, I’ll just wait before buying one. I don’t want to get a non HDR TV now and then decide I want HDR down the lone.

The link at the top will take you to a site that reviews all HD 4K tvs and all the specs. It will tel you the input delay for each HDMI input, each TV, EVERYTHING… please use it.
Here is the link…

So far, we've tested 35 TVs in 2017. The best HDR gaming TV we've tested is the LG B7 4K OLED. It combines the best image quality currently available with a low input lag and excellent motion making it a complete HDR gaming package.

It depends on how tight your money is. I don’t see a huge difference between HDR content and non-HDR, but part of that is the display itself is so vivid that everything looks amazing.

EDIT: if you go to the site @FallofSeraphs76 put up my tv (the Samsung MU8000) is one of the reasonably priced alternatives. It has good input lag (about 24ms on all the settings) but one of the criticisms is that it has excellent SDR contrast and not spectacular HDR contrast. So I’m set up to not really see much difference. There are better performing sets out there and maybe you would have a greater appreciation than I do for hdr. Having said that, if we are all standing around wondering if it does anything, then I tend to think it’s not worth adding $800 to the price of a display. Lots of people report that they love it and it makes a huge difference, though.

If you want to seriously play FG’s on the tv, I’d recommend no more than 12-14 ms of display lag. 25 is good for a tv of that size, but it’s quite noticeable if you’re used to playing a lot or switch to a gaming monitor.

If you looking for a deal on a big 4K TV. I highly recommend this one. It’s excellent.