I like to believe EVERYONE loves to wail on the sax.

ASL? Some - I took a course over the summer and have been practicing ever since. I’m still limited, and pretty slow, but I can do ~300+ words, including numbers, the alphabet, colors, shapes, family members, courtesy words, question words, various places, words having to do with time, various foods, various animals, and various basic/rudimentary actions and activities.

Good for you! Someday you’ll become best and fast like me. Lol

That Smoke Cosplay is SO COOL!

Really? I thought it was kind of MEH… That being said, it’s still better than anything I could pull off. 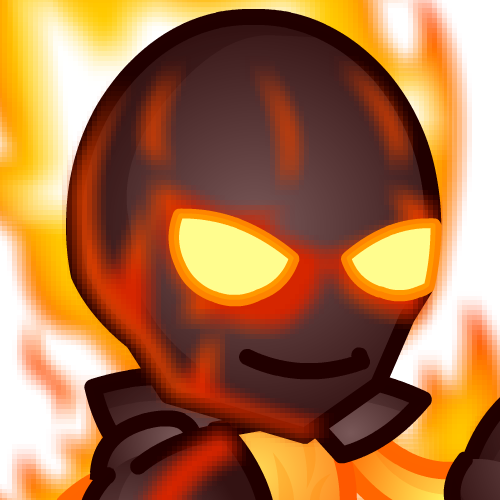 I don’t have many pictures of me. But I do have this picture with me and Geoff The Hero! 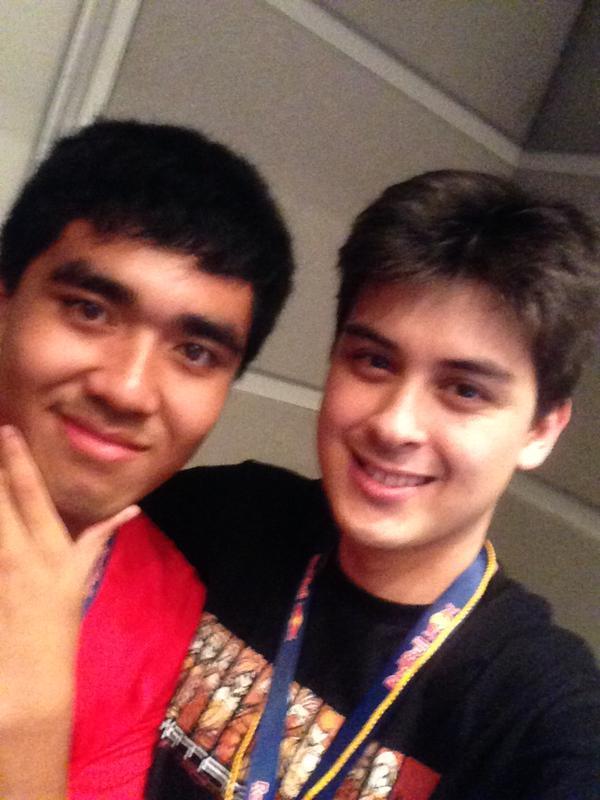 Very cool dude! Nice to meet you! And Yes. We have Similar Tastes in Profile Pics. LOL XD 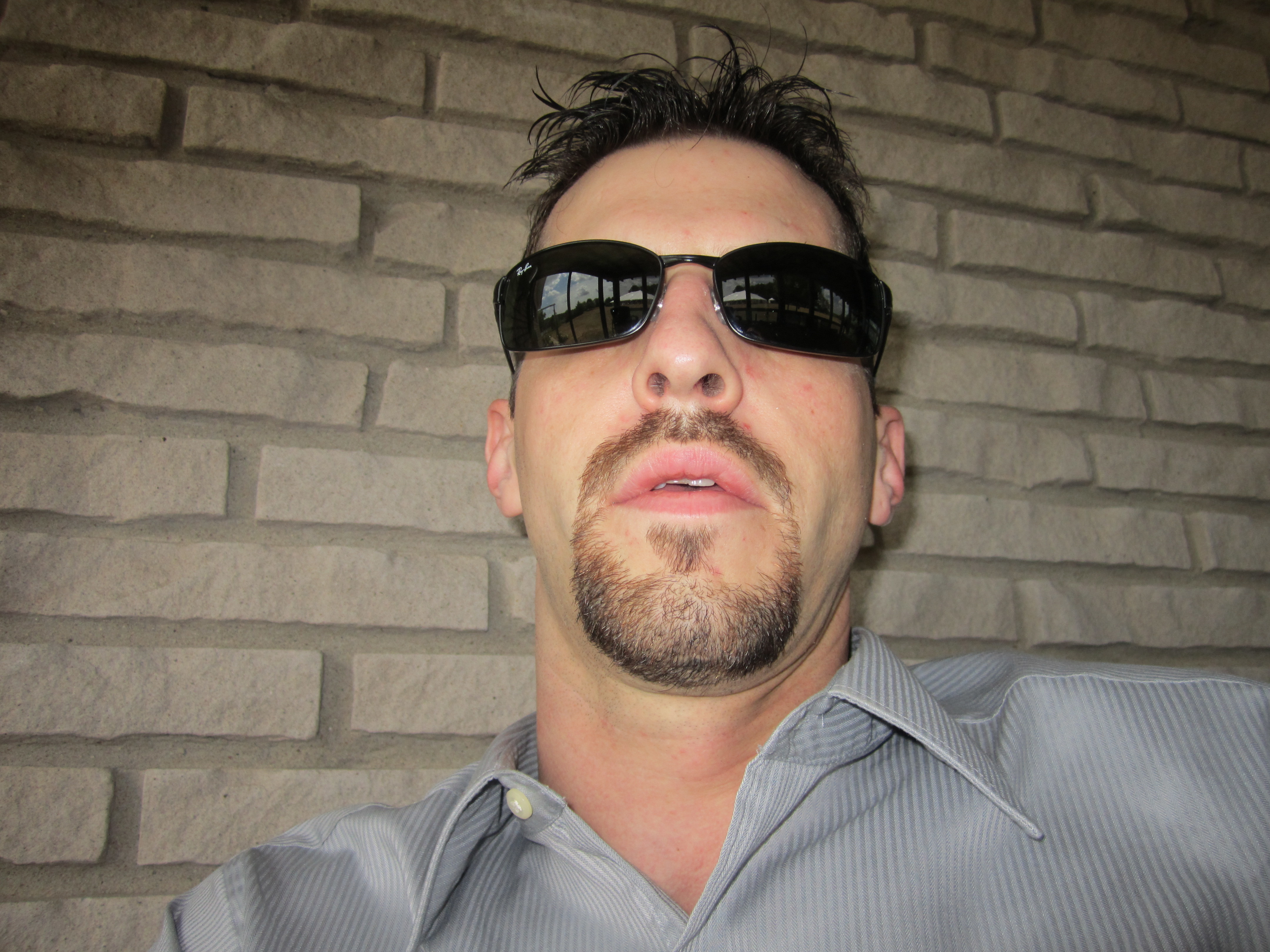 Not too much info in the open.

Go with
[redacted] or Reaper, as I am known.
Mid-30’s
Southern Ontario
I more than hold my own in most FPS’s (especially Halo), and since I seem to be able to “steal” a lot of kills and tend to hang out near the top of most leaderboards, “Don’t fear the Reaper!”
I once rubbed my thumbs raw and bleeding playing KI on the SNES… Beat Eyedoll with every character on hard!
I am harmless, even if odd, at times.

After all, I’m a dad first.
I can play any single-reed instrument. I like to believe EVERYONE loves to wail on the sax.

Sounds awesome: the Sax is one of the best instruments, but this is not the time or place to debate such.

Nice to see the lot of you folks, behind the tag :>

@swordman09 welcome to the world of KI young warrior!

Hahaha. Thank you! He’s my favorite of all time, I hope he’ll return in Kombat Pack 2!

What is your name?
David
What is your age?
29, almost 30
Where are you from?
Oviedo, a small city located in Asturias, north of Spain
Where did your Gamertag come from?
Long ago, when I was going to start playing to my first online game (Ultima Online), I decided to “change” a bit my name, so I was going to type “Davo”, but by accident, I put a extra “y”. I liked, and so remains
One interesting fact about yourself (or mayber even more)
I always liked fighting games, but my close friends dont like them, so multiplayer era is really important for me.
I have one dog(Danko) and 3 cats(Kali, Popete & Sadira). Yes, I have a cat called Sadira xD
When I was younger I played soccer proffesionaly until I took an arrow to the knee until a lumbar injury. I’m perfectly ok now.
KI was one of my favorite games, and I was really happy when its reboot was announced.
Fulgore, Eyedol and Gargos were my mains back then, so I’m eager to see both bosses in season 3

Lets bring this thread back, because why not?!

Lol Sure! Why not.

We need someone to draw an ostrich holding kunai and throwing stars.

EDIT: DID I JUST SAY THAT?! WOW! I MUST BE TIRED JEEZ.

Yes, we need more people in here! Especially some of the new members who joined in the past three months.

Haha thanks, all credit goes to @oDragonSpirit, she did a great job.

It’s very good! She did a very good job, because I knew it was instantly you. I wish I could get something like that! But nobody on the forums has seen my face. Lol. Oh well.

I watched your face-cam stream when you were playing Dying Light, you have been exposed!

LOL Naw, It’s cool. I actually want to do more Face Cam Streams, I’m just a bit nervous showing my face, but that’s something I have to get over.

I actually wanted to stream more, but my friend wanted to play Minecraft really bad.

What is your name : Harry
What is your age : 35
Where are you from : The Netherlands
Where did your Gamertag come from : https://www.youtube.com/watch?v=nYzj7CN0ReM
Are you new or returning to KI : I’ve been playing KI since it’s first arcade release and later on SNES.
One interesting fact about yourself : Working on my own game-engine in my spare time, estimated time of completion: 3500 years, give or take a couple of thousands of years. For other details, I’m referring to DSMV.

Nah, I currently don’t have any in handy. (At the office). I do have this old match footage of me vs ImStillDaDaddy, which I lost. https://www.youtube.com/watch?v=Ir8urUXrFuI. I’m the guy who is not ImStillDaDaddy and I was pretty nervous about playing on stream, haha. It was a rare occasion where I was wearing something white. (Bend the sky is another track by my Fav artist and was actually my intended forum name as well)