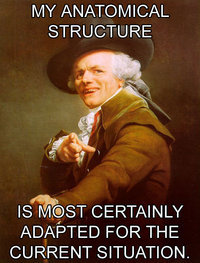 Are you ready? To suck it?!..Wait…is this not about bringing back DX?

I’ve been ready for 6 months.

I really hope they show Kim Wu but I have a feeling they will pull a Cinder and save her until later. I won’t be able to sleep all night because of tomorrow.

Gonna play some League of Legends to pass the time until the stream is up.

Hoping for the reveal of the second guest over Kim honestly. Half expecting them to troll and show a random charcter though.

Not long till the stream starts.
I don’t need sleep, I just need coffee.