Alrighty, ladies and germs! The Arbiter is coming, and like any other KI character he’s going to have different sets of colors and accessories. Figured it would be best to try and speculate what they may be, as well as discuss them when they come out!

Alright, let’s get the obvious one out of the way
#Retro=Halo 2/3 Arby
[URL=http://s551.photobucket.com/user/Paedok/media/PDF2-6-2.jpg.html] [/URL]
Need to have his classic, iconic battle armor in game in all its shiny, mildly dysfunctional steel goodness!

Now for the stuff that’s up to speculation.
Colors:
My guess?
Color 1: The default warm gold in the screen shots/trailers
Color 2: A dark, cool steel to contrast it.
Color 3: Blued metal
Color 4: Rusty Red
Color 5: Black metal
Color 6: Green stained
Not sure if he gets 7-9 but…
Color 7: Shiny Platinum steel
Color 8: Turquoise Bronze
Color 9: White with a damaged jaw, as tribute to the ship commander from Halo 2/3

Could be wildly off on the colors but who knows?

As far as accessories, there’s some demand for a standard set of elite armor. Could be a similar set in between Modern and Retro, where there’s a more Halo 4/5 esque design for Modern and a Classic crowned elite accessory on the retro accessories list.

Another idea for accessories is to reference different factions from the Halo canon. Say, a UNSC set with more earth-like weapons and armor, a forerunner based armor set with runes and glowing architecture (maybe skulls), or even a Flood based set where we play a model infested with the alien parasite.

Well, not long till we get to see the goodies. Can’t wait for the release and maybe a gameplay stream.
What do you guys think we’ll get? And to those in the distant future, whatcha think?

Personally I think his accessory points will be his Sword and Carbine. I can’t really think of where you could have a third point, maybe his helmet, but that might look weird having mismatched armor.

Well the game comes out next month so our voices will be for nothing at this point but it’s good to speculate I guess. First of all, I don’t know how accessories will work with him. Will his current armor be removable? Or will it be like other characters where accessories are basically just stacked on top of their default costume.

If his current armor is removable then I’d like to see some samurai Elite armor. In the Halo anime the first anime was of two Sengahli fighting to the death or something because of honor. That’s pretty much as far as my imagination can stretch for accessories on the Arbiter. I wonder if guest characters even get accessories, Omen doesn’t even have any nor does Shago.

I think Arby’s weapons aren’t interchangeable but his sword changes colors with alts.

I guessing his outfits will be based on other Arbiters.

With his retro he’ll have his Halo3 armor, Elite Guardian, standard elite, ?

Maybe have His carbine be replaced with a DMR, even though I am not sure if that is doable. Would love to see it though. 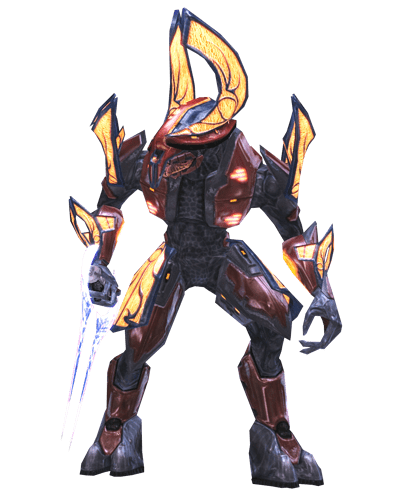 Color 9 has green and golden Master-Chief alike
Helmet, chest and legs are accesories
He reloads the carbine and hides the blade when not using. Hard to fit new accesories with that.

I have a feeling one of the accessories will be the entire body’s armor. Likely to show various historical Arbiters’ personal suits of armor.

I suspect his retro will look more like standard Elite armor, or at least the gold-ish set he wore at the trial in Halo 2. If I remember correctly that was supposed to be the armor he wore as a general or commander.

I suspect his retro will look more like standard Elite armor, or at least the gold-ish set he wore at the trial in Halo 2. If I remember correctly that was supposed to be the armor he wore as a general or commander.

He was a Supreme Commander and he wore the Zealot variant. Basically once you’ve become a Zealot, you cannot upgrade your amor anymore. You keep it as you’ll rank up from your career. That’s why you can see more gold elites on the battle field rather than commanding a fleet because their ranks are far apart.

I know, I’m a nerd when it comes to Halo lol

Hello, I don’t really know too much about Halo vocabulary, so may I ask what a “carbine” is? I gather it’s a weapon, but is it the gun he uses in the trailer or what?

I need a minimum of sixteen characters.

It’s the gun he uses you also see a few other Elites using it in the trailer it’s one of the most common weapons you see in Halo used by mostly standard Elites of the Covenant.

It would be cool if his classic skin has a flood infected Elite accessorie. But they don’t need to be crazy with the flood. This looks very terrifying.

You know, I have never posted nothing with less than 15 characters, so at first, I was confused as people posted “15 characters” across the forum. Why were they doing that? Was a campaing for 15 new characters for this Season?