I was browsing through this category trying to learn about arbiters stage easter eggs, when i noticed that there WAS NO arbiter stage thread.

Ive never hosted a stage thread before, so i have no clue what to say.

Just talk about it!

Looks pretty neat… Excited to see the dynamic aspects of it…

The Arbiters stage ultra could be the opponent getting shot by a Scarab you see a part of it in the corner of his stage. 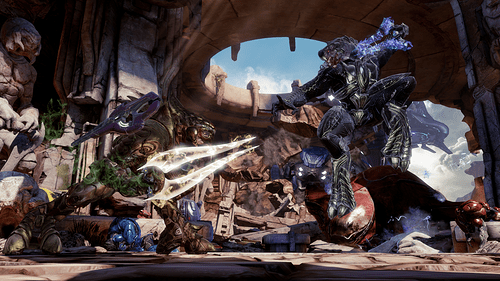 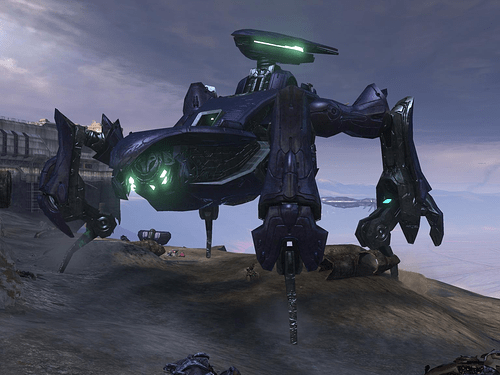 Loving what I’ve seen in game so far. It feels like we (the player combatants) are just a small piece of a much larger battle. Tusk’s and Arbiter’s stages both feel like epic battle grounds.

Hate to double post, but I think a Halo stage was an excellent choice since visually Halo has always combined Sci-Fi settings with huge, ancient feeling architecture. You can find a giant structure by the sea in a rainforest with massive catacombs and stone walls to discover it houses a holographic map of an artificial ring world created by an advanced civilian. An advanced alien covenant constructs a massive ship that can travel at faster than light speeds, and it turns out to be the deep space equivalent of Holy Rome; a massive religious gathering place that acts as the capital city of a millenia old civilization. With the most advanced technology in the history of the universe, the most powerful, sought after weapons are swords and hammers with names right out of a D&D campaign (i.e. Profit’s Bane, Fist of Rukt, etc)

Easily my favorite stage out of season 3, and I’m not even a Halo fan. Just the range of animation in the background is so captivating. Stage ultra is a little goofy, not my favorite, but the music is really nice too, didn’t get to hear a great range of it but the little I did was excellent. I’m hoping it picks up a bit in the second round, but overall, very impressed.