Any way to roll back to Season 2?

Greetings all, first time poster. I have two questions:

Season 3 is a deal breaker for me, especially after the cross platform pc “upgrade”. I’ll post photos later, but there are many, MANY inexcusable bugs, namely missing geometry, broken animation, missing post-game text, and blown-out stage lighting. IMHO, and as a fellow game industry vet / indie developer, it is truly astonishing to see a game as great as KI Season 2 get an update and then released in the current state that it’s in.

tl;dr As I only intend to play offline, is there any way to roll back to Season 2 on Xbox One, at least until the Season 3 issues get sorted out?

Onto question 2
Regarding the PC version, will my purchased content (I purchased the Season 1 and 2 pack for 59.99, which came with all characters except Shadow Jago, and the two original arcade games, and all retro costumes and colors) work offline? My internet where I am currently is spotty at best, and when it goes out, I can only play as Riptor (which is sorta okay, as he’s my favorite character in the game) but I’m losing access to all this. Another issue is that in ranked matches, no matter how many wins or losses I get, once I exit the Ranked Match part of the game and return, I’m back to where I have always been, 287 points, bronze rank. Not sure how this works. Any suggestions?

The new KI is a lot of fun, it really caught me off guard with how deep and fluid the combat is. I’m speaking of Season 2, of course. Season 3, well, the SNES version of World Heroes comes to mind. And I’ll leave it at that. Tragic.

is there any way to roll back to Season 2 on Xbox One, at least until the Season 3 issues get sorted out?

welp, that’s that, then. BRB, heading to Gamestop with my Xbone in hand to get a PS4. Thanks for your help.

Since the question is asked and answered, and frankly we don’t need yet another ridiculously overwrought, whiny thread having a histrionic meltdown about minor complaints (end of game text? Really? And FYI this is a bug that has appeared in previous seasons too), I would encourage the moderators to close this thread.

Trade in an entire console with hundreds of great games and features because only 1 of them has a few bugs?

That’s like rebuilding an entire wall because you found a 1-in. dirt-spot…

Whiny thread? Sweetheart, you’re projecting. I came in late to this game, wasn’t aware of these issues, and really enjoyed Season 2 considerably. If it’s considered “whiny” to point out valid issues, then I really have nothing to add to this thread because obviously being blind to said issues - at least in your case, Andy - is seen as a virtue.

I got it used for KI, original KI 1, and original KI2, for 200 bucks total. There’s nothing else on the system that I’ve played and enjoyed. But to each their own. I now see that I made a mistake. That’s on me, not you.

Well, what have you tried and not enjoyed? Maybe I could make a few suggestions for you. Also, what kind of games do you like to play (besides bug-free)?

Besides the missing text, none of the things you are taking about are actual things. So take your “joined the forums one hour ago” troll account and go back from whence you came.

Project Spark does not get the love it deserves. That is brilliant, brilliant title, and a great way to get non-programmers into making games. I really tip my hat to Team Dakota for that game, and endorse everyone who owns and XB1 to get it and all its DLC, as its all free. Also, I really love Crimson Dragon. Outside of that, I’m not a fan of shooters, and as stated before, I was enamored with KI Season 2. Don’t get me wrong; I have no doubts that Season 3 will be fixed over time. If it were me, I would have waited before releasing, but again, that’s just me. Outside of that, I tried QB at a friends place, it was okay. Again, not a big fan of shooters.

I do appreciate your help however. I’ve heard a lot of good things about the community here and you’re definitely proving them to be true. 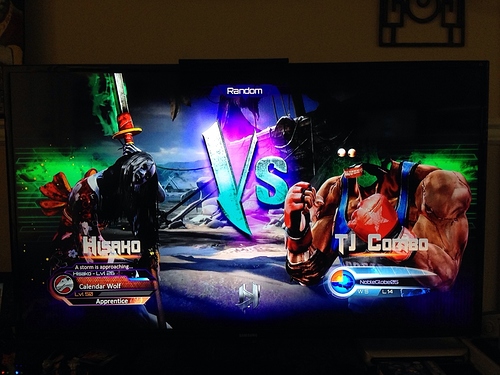 Nope, nothing to see here whatsoever!

100% repro. I can provide steps if it will help the devs. Both of these instances were taken during Shadow Battles with a friend. 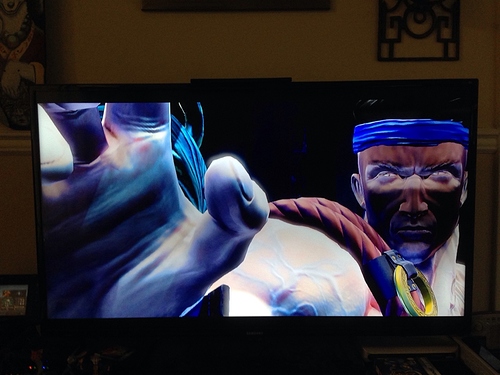 Too bad about shooters, as that’s my forte (I would’ve recommended Halo 5).

Still, there’s a lot of great games on the console. I myself have been convincing a lot of friends to pick up World of Tanks, Minecraft, and Rocket League lately.

If you’re into story, you can’t go wrong with the Telltale series of games (The Walking Dead: S1, in particular, had me bawling my eyes out).

If you like racing games, Forza Motorsport 6 is top of the line.

For platformers, you’ve got Rayman Legends, Sunset Overdrive, and Ori and the Blind Forest.

For old-school gamers, there’s the Rare Replay collection of 30+ games, numerous Xbox 360 backwards-compatible titles, and other old-school graphically-inspired games (e.g., 8-bit) such as Terraria and The Escapists.

You know, I’m going to hang onto this system for another day or two and think this over. Thank you for your kind words and suggestions; while I came here initially disappointed in KI S3 and angry that it’s so buggy, you’ve definitely got me thinking, so for that, thank you.

It’s best if you ignore him and just post proof of the bugs in the official bug thread located in this very forum. If you want a better game, that’s how you do it (not by calling others out).

@BigBadAndy, as a member of this community, you should know better. If CalendarWolf is indeed a troll, then I’m sure the mods will take care of it. Until then, please act civil. @CalendarWolf, the same goes for you - while you’re here, don’t let people get to you. Brush it off and move on. Stirring the pot (or allowing someone to do it for you), is only going to serve to hurt both you and the community in the long run.

while I came here initially disappointed in KI S3 and angry that it’s so buggy, you’ve definitely got me thinking, so for that, thank you.

Thank you. You’re absolutely correct. I spent so much money on KI at the arcades as a kid - you really gotta understand, I don’t like the XB1. But I like KI more than I dislike the XB1 and I made a promise to myself as a kid that if an arcade perfect version of the old arcade games ever came out on a console, I would get it. Probably not the best logic behind buying a console, but you really need to understand, KI is awesome. All of them. And I heard that KI Gold is on Rare Replay. Dammit, I may have to go get that now.

KI did just released on PC - if you don’t like the console, you could always play it there (although, for the time being, I think it’s actually buggier than the console version).

The old ones did? I did get S3 for the PC for free, and it too is a complete bugfest.