An Idea for Gargos

So, I was thinking about what would be unique about Gargos’ gameplay mechanics if he ever was released as an actual playable character… And I had 1 that I’d like to share with you. Please tell me what you think of it and/or share some ideas of your own that you think may work (or why someone else’s idea may not work).

My idea is this - he comes from a dark place or realm (beyond the portal) - a place of shadows. It’s his domain, that he rules, and as such, he has complete control over them. In other words, he can manipulate shadow attacks from his opponents in some way and uses them to his benefit somehow (to regain health, power up certain attacks for example, to hurt his opponent, or for some other useful resource). He will still be vulnerable to shadow counters though, just to keep things balanced.

This would force other players to get used to the idea of not using their most powerful attacks for offense, but rather for defense instead.

The bio is good. But maybe the ability you are proposing could make him really hard to beat if it is always “ON” because you should not do shadow moves to him and that, using shadow moves , is the way to cast out big damage.

Maybe with some extra move, caling some anima or confirming a spesific atack on you or both , he turn on a period of time or it is on until you confirm a hit on him , were you cant hit him with spesific atacks related to shadow moves , shadow linkers or shadow enders

Or Find a way to make this his instinct.

I like your idea @GalacticGeek. As lord of shadows, Gargos has special powers over them.

This is one idea i had time ago:
As a primordial horror from another dimension, Gargos cant use all his powers at his maximum… yet.

Gargos only has one shadow bar. Refilling this bar takes the same effort as refilling 2. His shadows counter and attacks are great, among the best, and he has an ender (low damage) that steals shadow meter from his opponent.

In instinct, Gargos manage to use his full power. He slowly drains shadow meter from his opponent, and his shadow bar gets divided in 4. He can use up to 4 shadow meters if fully charged.

Also, some of his normals gains reach when fully loaded of shadow meter (think in M.Bison phsyco power punch)

so do you want new Gargos with or without a tail? IG please, don’t let him look like Onaga

and he has an ender (low damage) that steals shadow meter from his opponent.

I particularly like this idea for Gargos. It gives him a way to gain additional shadow meter differently than Spinal, but it’s done in such a way that it has to be earned (because you have to complete a combo in order to get it).

so do you want new Gargos with or without a tail? IG please, don’t let him look like Onaga

I don’t mind a tail, but only if it’s done really well. As for Onaga, I agree, please don’t do that IG.

I like the concept art I saw previously that looked like it actually belonged in the game (if I could find it I’d post it) - that 1 would work for me (in it, he had tan skin and wings, but looked vampiric/devilish in appearance…

I wish Notre Dame would be Gargos’ stage. 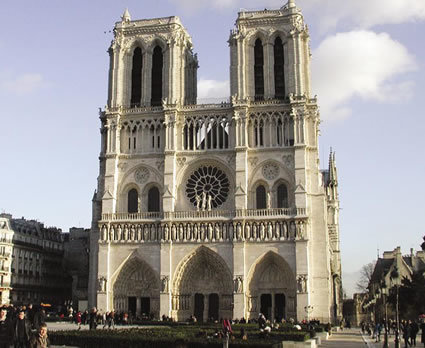