About KI coming to Steam

Will people who own it on Store be able to transfer their content to Steam, or will we have to buy this game again?

That is the million dollar question, you’ll have to wait for the @developers to field that one for you.

So, KI is finally coming to the “True Real PC Master Race”? … (sarcasm about how crybabies are the fanatics from Steam “believing” if it’s not in Steam is not in PC).

About buying the game again and transfering the data, it’s kinda obvious, do you think Valve would miss the chance to earn more money without sweating? KI coming to Steam means W10 and XBox versions are barely selling at all, and that’s a (not new) situation that gives Valve the chance to negotiate (again while having Microsoft’s balls in their lazy fat-sweating claws) if Microsoft wants KI to sell more. How many “Play anywhere” games can we play in Steam and use the XBox Live saves? 99’9999% chance you’ll need to pay and start all over again, anyone remember the problems with Windows Live Games’ saves going to Steam few years ago? I bet Valve gave some conditions to Microsoft to release their games in Steam since then, and those were no “play anywhere” for Steam and no more data transfer.

Until I hear/read otherwise…

What I want to know is: Will steam crossplay with XB1? it would be sad to see more players come, but I wouldn’t be able to play with those new players.

If Microsoft is making Minecraft cross-play with virtually every platform but Playstation its not farfetched that they would do the same for Killer Instinct. They made the effort to put KI on Win 10 not because KI was dying but because they wanted to grow the community, to give more people a chance to play and they kept it cross platform to make sure the move expanded the player base.

I doubt the game is going to Steam because sales are in the toilet and I’m sure they’ll do everything they can to keep the community unified if possible. If not, it won’t be for a lack of effort or some greedy cash grab.

Not just my opinion, I’m connecting dots, using logic looking at what happens/ed with games after some time and specially in this case when Microsoft games doesn’t sell at all in the Xbox store, we had previous examples of sudden apparition in Steam of a Microsoft game… when they see the numbers aren’t going well they just give up their pride in trying to keep it in “Only Microsoft’s platforms” and move it to Steam.

Microsoft can’t help but “port to Steam” the W10/PC version if its not selling well, they know it, Valve knows it, and we know it, it’s nothing new.

Tell me how many “cross-play” games involves Win10 version, Steam version and Xbox one, because I sadly don’t know even 1… and Minecraft is not on Steam, and it has already sold tons of Java versions long time ago… and speaking of Minecraft… I had Java version, they gave me the Win10 upgrade, and… no Cross-buy for Minecraft?, my “almighty master race platform”, a.k.a PC for normal people, can’t run the game well (unless I install Optifine)… at least they could give the cross-buy license to the old players.

… back to the topic…

I never mentioned the issue about being in Win10, I’m talking about how many Steam fanatics can’t live without that plaform, PC is not Steam, it’s so sad how different people treat a game depending on the “platform” it’s released, even more when a game it’s already in the platform and it’s just a matter of “different site” to download, it’s like some people doesn’t watch a serie in X channel because they don’t like that channel and when it’s aired in Y channel then they’re watching, that’s somehow hipocrite and a display of no appreciation at all for that show, or a game in this case.

I’m just saying it can happen, we don’t know how its going to play out yet so its to early to start jumping to conclusions.

I see where you’re coming from but for a lot of PC players it’s more like subscribing to another pay tv service where there is only one thing you actually would be interested in and you have to deal with all the weird issues that are exclusive to this service. on top that we shouldn’t underestimate the importance of communites. PC players usually have their community on steam with their friends, where they publish screenshots, artworks, mods and discuss the games in the forums. all this is dropped when they have to use another service for a game. especially for a multiplayer game it’s understandable why PC players don’t accept a game when it uses another platform that alienates them. imagine a console game game that doesn’t use XBox Live or PSN but some other obscure infrastructure that nobody uses.

I have this unfortunate feeling that if it was cross-play that would have been part of the announcement. But as people point out, we won’t know until they tell us. Tons of other fighting games have no cross play at all between the steam/PC version and console versions etc. so we are already pretty spoiled by KI and yet somehow manage to turn it into a complaint.

We want a Steam version, but it has to be free to owners and cross play. Also I want a unicorn.

As far as sales and how impactful the Steam version will be. We are certainly on the sales tail for KI DE and KI season 3. That’s just normal, I wouldn’t ascribe any kind of financial urgency to the Steam release. I also wouldn’t expect it to move that many units. I could be positively surprised but it’s an older game in a niche genre that tons of people already own on two platforms. If there’s no cross play through steam then I wouldn’t expect a huge community to develop, but again I could be pleasantly surprised.

I guess microsoft should give a code for those who bought all 3 seasons.

any chance it would work on mac? 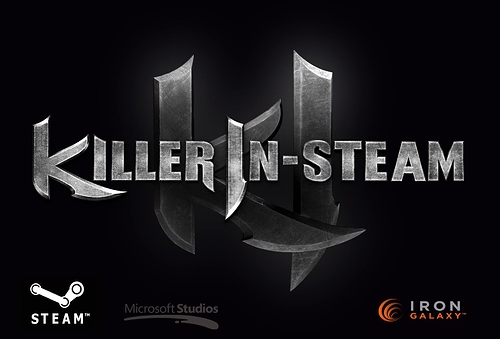