KI has never done a wrestler character yet since SF’s Zangief & TK’s King. That includes those with various wrestling like SF’s E. Honda.

If a male, I’d picture him working alongside Ultratech as the muscle. He’d be fit as a rival for TJ Combo. 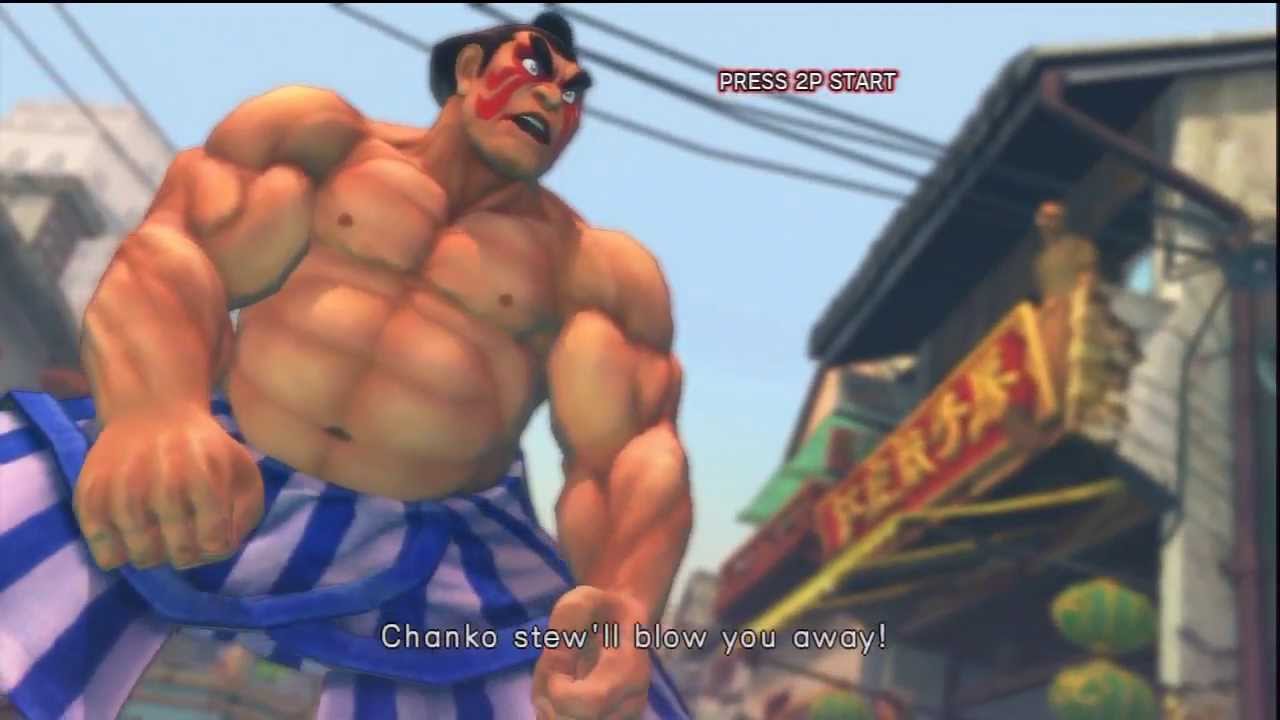 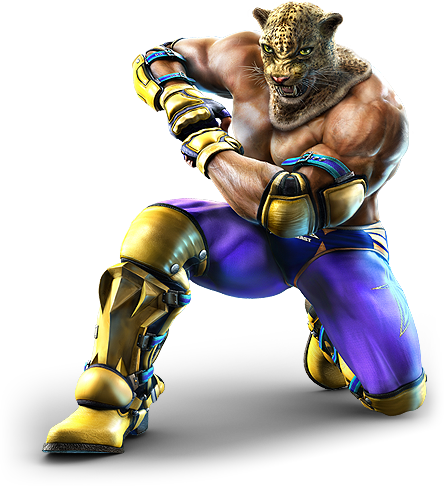 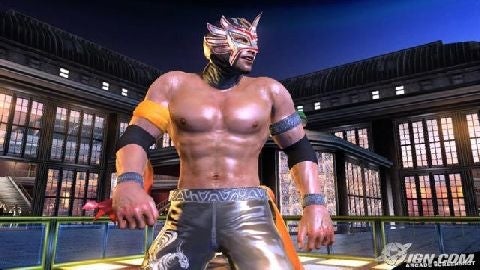 I would love to see a wrestler, but for the love of God, make him a proper feestyle wrestler, not a “professional wrestler” like Zangief or Mika. If TJ is a boxer with a few MMA-like moves thrown in, make this guy a freestyle wrestler with a few wingy punches. Then give him more than one command throw and if IG are feeling particulalry frisky, maybe introduce a clinch element? Let’s say a rekka-like command throw where the first input grabs the opponent, and then a second input decides on what happens - but the opponent can either break free automatically after a short time or pehaps spend a faction of meter or instinct bar to break the clinch. In fact, this could be a two way interaction:

The clinches would be animated, of course, with both opponents wiggling for control. Clinch state one could be a typical head and arm, while clinch state two could be double-under or a single-leg.

And hey, if you do that, why not introduce a Thai boxer as well?

See, the struggle is finding out how grapple moves are supposed to work within the current combo system. Sure this wrestler can have plentiful hard knockdowns but considering MS and IG want to keep the focus on the combo system, they have the challenge to create a grappler that fits in this system.

I want a grappler character as well, tried to bring up threads on getting discussion of how it could work within the system, but to no avail and no one wanted to discuss. I would be happy to talk about it here.

Thing is, a grappler character feeds off hard knockdowns so much for their vortex game. There has to be balance on how this is done to make it fair. Then comes what do we consider grappling moves? Are they linkers where you break as much? The only grappler moves you can do in combo are Kim’s and Thunders respective throw but those don’t do damage.

I just proposed a quick and loose idea to work with. Here’s another - make all successful openers cause a clinch, and then his doubles would be dirty fighting (inside uppercuts, blows to the body, headbutts, foot stomps), while his linkers would apply different holds, armbars and so on, while the finisher would be a suplex, a double leg takedown with a hit or two added at the end, etc. I realise this is all hard to do and would require tons of tweaking, but IG haven’t exactly shied away from adding new mechanics and atypical characters, so why not? He doesn’t have to be a grappler in the FGC sense of the word; just make him look and move like an actual wrestler. Of course he’d have a command grab or two, say the mentioned suplex, that would function like Thunder’s grab, etc.

Oh yeah I’ve talked about a character like this for a while too. Love this idea. To me, a straight up “grappler” character that has throws coming out of his ears like King from Tekken… I don’t see how that would work, unless there are identifiable parts of the throws that would be considered auto doubles and if that were the case, I feel like this type of character would be either really easy or really hard to break. Tough to say.

Now, while I love using King in Tekken, I kinda feel like we have enough of the “rassler” types and “lucha” types for that matter in fighting games.

I’d personally like to see something similar to what others have mentioned; an MMA “shoot fighter” type. I think they could do a really cool, like a Conor McGregor type only bigger and sinister. I could also see this person working for Ultratech and being TJ’s rival.

Sure, maybe this character would have a few cooler looking judo throws or perhaps a multipart throw where each part does small damage, but if you connect both or all three or whatever, it adds up to the strength of a regular throw plus a sliver, but to me, what would really make them cool and unique is if they could do ground combos.

To me, that’d be more like a shoot fighter or MMA style anyways. Perhaps the character has two ways of getting the opponent to the ground and those ways act as the opener, and in each of those, LP, MP, LK and MK act as different looking auto double strikes like two elbows to the face, two punches to the side, two knees to the side and two knees to the stomach respectively.

Then the linker could involve a joint lock and then switch the hold to something else, maybe flipping over the opponent and locking them in to an arm bar, with more strikes available for autos and the FP and FK versions could be throws that end the combo. Perhaps what makes the autos harder to spot is a LP/LK submission hold where, for the cost of a little KV, the character could wrench on whatever limb they’re holding for a moment to bait a combo breaker.

So basically, it behaves like any other combo, the only difference is that you’re on the ground for a good portion of it.

I think they could do some really cool stuff with a character that works like this. I’m sure it’d look weird with characters like Aganos and Riptor, but I’d like to see something like this that I think could function more within the combo system of the game, as opposed to trying to get a character with 10 or 20 or even more throws to try and work in that system, but who knows, maybe something like that would be possible too?

Did you said “wrestler”? 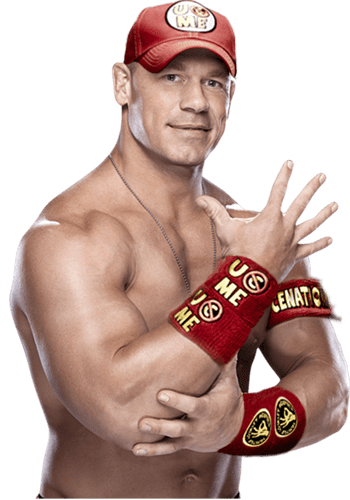 while his linkers would apply different holds, armbars and so on, while the finisher would be a suplex, a double leg takedown with a hit or two added at the end, etc.

See, my difficulty is understanding are you applying these moves to one input motion? That might be a little too much on a player to read effectively. If we were to go with the idea that each grapple move is a linker, then that move would have to utilize a combination of one to three hits of a single grapple move that would make sense for said linker, and then allow the person who is being attacked get up to make it work properly.

By that rule, you can’t tech out of it and you would have to go by linker rules to break.

But a wrestler fits in more with a boxer

How about a cross between an oni(japanese ogre) and a luchador?

Sure. It’s doable, though. Let’s say QCB+P is a command grab into suplex (back, changing direction), working like Thunder’s (also as an ender). Another move might be QCF+P, which would be a standing guillotine choke that would do a little damage, but push the opponent away a little, leaving him in front, and our grappler at a slight advantage. This move would be a command throw on its own, but in combo it could be a linker, where our grappler would grab hold of the opponen’s neck, then visibly pull up on it/choke the opponent one, two or three times. Sure, that’s not how a guillotine really works, but who cares? This is KI! I’m just brainstorming, but I could see it happening.

That question will be answered this Sunday night!

A wrestler inspired by WWE will be truly unique. Just imagine a character like the Rock of John Cena in the game…

I would picture someone like Bane working for Ultratech. But who’d be inspiration to create something that’s WWE?

This idea is the greatest…DO IT IG !!

This move would be a command throw on its own, but in combo it could be a linker, where our grappler would grab hold of the opponen’s neck, then visibly pull up on it/choke the opponent one, two or three times.

It could be doable, if animated in the right way… To play devil’s advocate, you might have a difficulty animating a choking move as a linker cause all it will look like is someone being risen by their neck and appears to be shaking. It looks a little weird.

To provide an example, would be something similar to Abel’s (from Street Fighter) Falling Sky. The animation would be easy to animate in this sense and would look like a linker. As both players hit the ground, the number of hits equates to the strength of when the character rolls off them, back to a standing position for both players.

But this is under the pretense that we’re considering these command grabs as linkers and not grabs where you can’t tech them. Is this is right way to do it? To me it seems that way because we’re actually dealing damage to the opponent because in the previous examples (Thunder/Kim), their grabs don’t add damage but instead add to the KV meter in combo. So they could be breakable.

Would you go for a male wrestler or a female one?

Just suggested this in another thread. The only problem is how would they play in this game with its system.

What about adding traits from Exile of Tao Feng?

Anyone have thoughts of a wrestler for KI?