A intro for Killer Instinct?

Will there be an intro for Killer Instinct this time around? I’d surely like to see one.

While I dont see this as a necessity, it is one of those things that make it look more finished/high budget.

But I would only like to see this if it doesnt take time and manpower away from other more important things.

It would be great if KI had an intro, at the same time though, if it isn’t a worth while intro, it would be pretty meaningless.

…that intro was pretty wack. If KI gets an intro, we need an actual good intro…

I agree that the SFV intro was all over the place, they seem to have been hinting at a story then just went on to randomly display allies and rivals, and then went into random action, and it seems they revealed Ryu and Necali to be very important to the entire storyline, but then Necali was released as a normal character and prior to the video releases did not get much hype as far as having a more pivotal function in the game than just being a new character…

Intros are great, but as you said, it is important that it is well put together, or it is useless and the same can be said for stories

Capcom’s fighting game intros have always struck me as being more of an arcade attract mode type of deal. Show all the characters in stylish ways, show some fighting, some super moves… and that’s fine, but I don’t see that as being remotely necessary for KI.

MK:D goes completely in the opposite direction. It’s very “here’s what happened at the end of the last game and here’s the setup for this game” and it’s 100% main-story thread centric.

Of the two, I certainly prefer the latter, but for KI, I’d ideally like to see a mixture of both. If they could find a cool way to present the relevant story points for each character and each faction in a montage that somehow flowed parallel and in concert with the main plot thread of the good buys versus Ultratech and the arrival of Gargos, complete with narration throughout, then that’d be something I’d love to see.

That seems more worthwhile then an attract mode type of intro and more informative overall than a main-plot thread only intro.

@IAMDaaahhhggg I haven’t seen to many people comment about the SFV intro, but I 'm glad I’m not the only one who was left wanting with that intro.

@Iago407 You summed it up right, that the SFV intro is an arcade attract mode intro, and I’d ad that in this day and age just seems so old, and lame (to me at least). I mean back in the day I could go to the arcade and watch those things for hours, but now…there are just better ways to get a feel for a game than that. This SFV intro also struck me particularly poorly just knowing that SFV is suppose to have some big story to go with it (I know it is coming later, but still) and that intro was just all around lame on that front.

You are also right that the MKD intro is/was just the polar opposite. It was completely story driven, it didn’t show all the characters (actually showed hardly any), but it gave you context for what you were fighting for, and why you were there. Would I want a KI intro to be just like that? Not particularly. My only point for pointing to that one is that it was good, and had an actual purpose, and go you hype/excited to se what was next. The SFV one is just there.

What would I actually like to see in a KI intro? I really don’t know. Honestly, if they went the story route, that would be really cool, as I think they could really take advantage of the seasonal story ideas that are already there. It would have been awesome if for S2 there was an intro video that showcased “the Rise of Ultratech”, and like wise for S3 it would be great to actually see “the invasion of Gargos”.

Honestly I love the trailers that they do, so if they just did an actual story trailer in the same style as the existing character trailers, I think that would be enough for a decent intro.

I haven’t seen to many people comment about the SFV intro, but I 'm glad I’m not the only one who was left wanting with that intro.

I refrained from commenting to not come off as salty (ps4 exclusive) but as someone who hopes the game does well, the intro felt really slow. No energy whatsoever. I thought I was alone in my opinion after seeing the like / not like ratio on max’ youtube channel…

LOL They really need to speed that up. Having to hold for a minute or two is kind of annoying.

SMITE & League of Legends own the intro category.

I feel that if whomever is developing isn’t willing to go to their level of standard for cinematic trailers, it’s probably best to just have a blinking ‘press start’ button and get on to the game

I’d be happy with a character viewer/ BGM player over a 3 min intro for KI.

An intro like SF5 has seems like a ton of work that could go elsewhere for something we’ll watch once or twice and never again.

But neither of them have intro’s. They have cinematic trailers, but no intros.

I love the music for the SF5 trailer but the action did seem random, most likely because we don’t know what the story is exactly about.

I would take the KI route of just showing bios of each character over what we have right now, at least building up the title screen music during the Microsoft and Iron Galaxy Logos with the pause/post fight theme if nothing else, make it feel complete.

KI2 Arcade attract mode was great. In typical fighting game fashion it was compiled of exclusive FMVs that had the bio of each character. I always remember Fulgore’s, standing on that platform in the arcade days. I loved attract modes with little bits of story. It was done all the way back to Mortal Kombat 1. 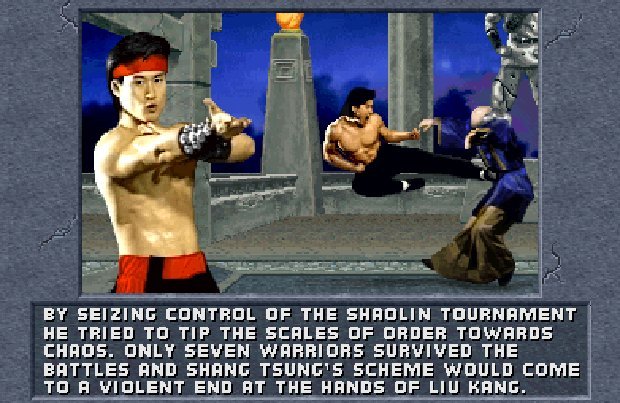 I agree, something is needed. Though whether it’s an intro or not, I can’t be sure. I think the “Killer Instinct” announcements should start on the press start screen but before you press start, like on the older games. That way, the game is constantly naming itself to the people watching if they don’t want to press start and just watch, that’s fine. Actually, I’m wondering how people have even managed to get the Killer Instinct announcement out of the game (since the title music plays over the top) Would be nice if you could actually get the announcement without that.

Also, maybe as an attract they could just show the trailers for all the characters in a random order/ in order maybe?

Just ideas is all.

I think a killer instinct intro would be incredible, but it would also be incredibly expensive. I cannot think of any time that even as much as a new animation was created for anything. Even in the Season 2 story mode they had to use animations and poses that already existed in the game. I’m simply saying that anything on the scale of a fully animated intro has never been done and likely won’t ever be done, due to the constraints of both time and money.

yes i remember of tj combo and orchid ‘escaping’ a chaotic explosion and it was an overhead of her airbuster move, which i thought was creative

i want to see more like a nice slick character viewer

So apparently that amazing SF5 intro trailer from last week isn’t even in the actual game… Along with a lot of things. Sigh.

So apparently that amazing SF5 intro trailer from last week isn’t even in the actual game… Along with a lot of things. Sigh. 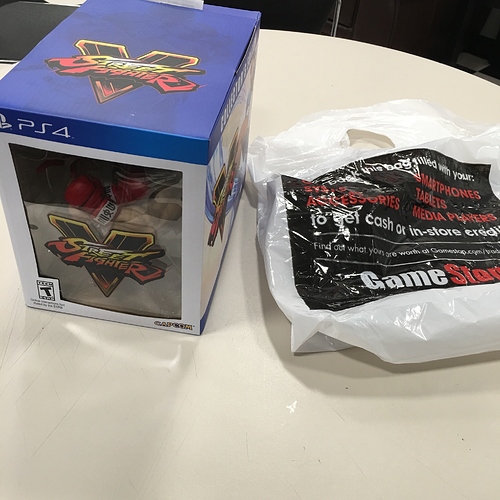 I’ll be finding out very soon