A breakaway....Help me be proud!

I love Killer instinct, and this community but geez…

I’m seriously going through a crisis with my views of Killer instinct. 10 days ago to me It was a the best game ever, 10/10, Nothing could beat it.

Now? I worried about loving Ki. I guessing all the negativity is hurting my pride of being a KI player or something. And my brain. And my eyes.

LIKE: I feel like I shouldn’t love KI anymore. AND I don’t want that to be the case. It’s ridiculous Because I love this game but ALL the negativity right now is kinda swaying my mind.

I’m sure this will change when season 3 comes out and all is said and done But I ask you guys to help me one more time: Try to help me in this thread…Try to make me proud of being a Killer instinct player!

That being said, I have felt really strongly about two things so far, Rash and the new level 4 ender directions. But expressing your opinion on this board is too often used as ammo to stir ■■■■ up. But staying quiet or choosing the middle path is also not always a good option.

However, every nitpick I had so far has never been enough for me to drop the game but yesterday for the first time I felt like not pre-ordering. And like many, I have been waiting since day 1 for my mains Kim and Tusk to return. Instead of wanting to get my hands on them as quickly as possible, I am now even thinking of taking a break from KI. Not good.

@FallofSeraphs76 this was the reason I was playing Sherlock Holmes as I lost the desire to play KI. It’s gotten that bad…

So many people almost look at S3 as a new game.
Think of it as a little larger version of a Kombat Pack that MKX have. A few more arenas, a few more characters and some other additions. The price of both is almost the same.

As predicted, the storm has passed, and it’s a lot easier for all of us to breathe. All shall be well soon.
A lesser community would’ve perished, but not us. 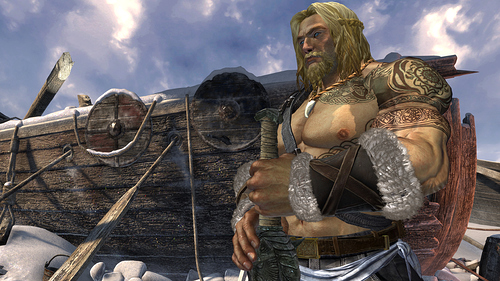 don’t let other’s negative perception ruin yours, just one tip though, don’t be too active here on the forums and your good… also i will be supporting this game till the end

Id hate to be the only negative one here, but now the Devs are starting to call honest, thoughtful criticism “trolling” and closing those topics without reason.

If season 3 experiences bad reception at launch, i will know that this game is dead and not getting any better. I may just “check out” of the forums if that happens.

dude not the place to talk about that.

If season 3 experiences bad reception at launch, i will know that this game is dead and not getting any better

Try not to be so gloomy, a lot can happen in 2 weeks.

Also, not everyone who plays KI is on the forums or follow the news as closely as us, so they will go into Season 3 with fresh eyes (I kind of envy them, Ive been spoiled with news).

Look, I won’t deny the forums have been very volatile lately. Nonetheless, that’s shouldn’t hurt your image of what’s coming. New characters, sick stages and an entirely new feeling for this game!

Feel that hype, it is subtle through the weight of negativity, but it will never die. Let Season 3 shine on, you will love that you did.

OP, I have faith in IG to deliver some pretty awesome content for this upcoming season. They survived one massive litmus test of whether or not they could handle taking over such an endeavor from the original developers last season, at least they did in my eyes. I didn’t like everything made last season, but I was overall happy with the final result.

The only thing that really worked at me was some of ARIA’s playstyle design. I like some of the things they did with her, but as a total she didn’t impress me the way I thought she would.

That tangent aside, they did fantastic taking the reigns of this project over, and I have full confidence in them to do so again. There have been a lot who talk this doom and gloom scenario about how this feature or that hasn’t been handled right, and it’s gonna drive people away. Let me tell you, I am not letting any of them take away my enthusiasm for season 3. I know from reading a lot of the people’s responses here that I’m in good company to anticipate all the fun the new content launch will bring this year, and I hope you will be among that crowd. I can also tell you, IG saves the better stuff for the later half of the game. March 29th is them only getting started.

Never let naysayers ruin your enjoyment of any game. Despite a lot of bad reviews and advice not to, I’m not in the least sorry for playing Titanfall, and really look forward to its sequel. I’m not going to let a few people too hung up on small details spinning doomsday scenarios ruin KI for me in the same manner.

Really, I just ask that everyone gives the season 3 changes a shot before passing judgment, but it’s unfortunately not been the most popular mindset around here.

As predicted, the storm has passed, and it’s a lot easier for all of us to breathe. All shall be well soon.A lesser community would’ve perished, but not us.

And so here, we shall remain.Comrades, community members, KILLERS

Let evil come! For I am the Watch man of the Gods!

Guys…Thank you so much for everything.

You guys are the best! I have been feeling a lot better about everything. Thank you so much once again.

You guys too. I can only mention 10 people in a post lol.

Anytime, bud. We got your back!

Those of us with the common sense to wait and see how things play out after launch have to stick together on the internet. Besides, it’s like everyone has forgotten that IG can actually be relied upon to support their game and listen to their community.

But yeah, sometimes it’s just good to take a break from the forums. After arguing in like 6 different threads on the new level 4’s, I just checked out of the conversation altogether - really wasn’t worth all that effort and negativity.

And I make it a point to ignore people who cry “KI is dead/will die over X”…they’re always melodramatic, and more to the point, wrong.

Oy vey… now I need this thread and some cheering up. It is f***ing appalling how this community acts in the face of great news.

I agree that its annoying, but really you find this on all games.

Just think that regardless all the negative nelly’s, we’ll be playing the game in 5 days

we’ll be playing the game in 5 days

I agree that its annoying, but really you find this on all games.

Just think that regardless all the negative nelly’s, we’ll be playing the game in 5 days