A breakaway....Help me be proud!

I love Killer instinct, and this community but geez…

I’m seriously going through a crisis with my views of Killer instinct. 10 days ago to me It was a the best game ever, 10/10, Nothing could beat it.

Now? I worried about loving Ki. I guessing all the negativity is hurting my pride of being a KI player or something. And my brain. And my eyes.

LIKE: I feel like I shouldn’t love KI anymore. AND I don’t want that to be the case. It’s ridiculous Because I love this game but ALL the negativity right now is kinda swaying my mind.

I’m sure this will change when season 3 comes out and all is said and done But I ask you guys to help me one more time: Try to help me in this thread…Try to make me proud of being a Killer instinct player!

I love KI and I’m proud of it! Don’t let the negativity get you down. There was a ton of negativity when S2 came out, and in the end KI was a better game. If something isn’t working the KI staff will tweak it or change it.

If needs be stay away from the forums, or at least negative threads…

I’m sending positive energy your way… unless we face each other in a match… then I’ll destroy you, but good vibes! GOOD VIBES!

Yes like Web says…stay away from the Forums, Facebook pages and twitter pages if it is effecting you that bad. Just play the game and forget about all KI media.

That’s what I would do. Ive done it before actually. came back with a clear mind.

Only two replies and I already a little feel better. WOWWEE! Lol.

Just because there’s a vocal minority that may or may not have more time on their hands say that there are things not to like about the game doesn’t mean that its a crappy game. Sorry you feel this way, but people who love to play the game will always be online. For every 1 complaining fan, there’s 10 who will gladly play you and only do Level 4 Enders because they love the look of it.
I love the game, I can’t remember the last time I was so excited to buy a game and keep playing it until obscurity reared it ugly head.

I will always be playing Ki. No matter what. It’s just hard to be happy with the bad vibes Going around. But the silver lining:

When season 3 comes out those vibes will most likely go away.

This forum has become pretty toxic. If you actually like something you get the skin flayed off of you and accused of ruining the community. I’m about ready to just GTFO myself.

But it has nothing to do with the game. Looking forward to actually playing s3.

yeah iM trying to stay out fo those toxic threads. Its not worth arguing over. In the end it is what it is and IG is gonna do what they feel is best. And that’s ok…I dont mind how it turns out. Ill be playing regardless!
But it can wear on you if enough people reply with negativity and arguments.

I hope this will cheer you up 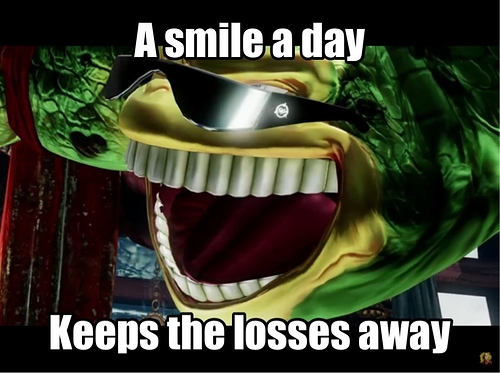 It’s just the nature of online communities. Vocal fractions will always make the more sensible and level-headed members feel crappy and numb due to their toxic avalanche of comments and opinions. Just keep your chin-up, bud. You’re among friends always and I think I speak for the other repliers in this thread, we all love KI and think it’s fantastic. That’s both with what is and what is to come.

Anyways, I already pre ordered the game, anyone else here too? Caaaaaaaaant wait to play! Only eleven more days

I know right? It feels longer then it should be though…

Its weird, I had the game for a year and a half now and I played it on and off…but ever since Aganos and Hisako, I’ve been really hooked, still a casual player (a few hours a week tops) but for some reason I am following this board and the Season 3 news like no other game before…

Have to say that because of my limited time (young kid and some other games/flavor of the month) the CAM system does wonders for me too. Might be cheating a bit but could never get my game up because of ‘time’. Since IG has been doing such a good job of things like this and characters like Hisako and Aganos (and Kan-Ra which got a friend of mine to play regularly at my place) I have complete confidence in them to get the game in great shape, eventhough I’m not a big fan of thelvl4 enders yet. Does nothing to stop my enthusiasm though

Also just realised, the constantly evolving state of this game is whats keeping me playing a lot longer than any other game (except maybe Skyrim, Witcher and a few Halo’s) and thats probably whats creating this nice attachment I feel towards this wonderful game.
Its also why I want more seasons, lol, because I dont want it to stop.

Thanks everyone for the replies. I should be more responsive. I will quote you guys in a bit.

Just letting you know you guys have perked me up. Not a little. A LOT!

I feel like there’s a joke to be made about someone called “mandrill” getting perked up. Hmm… must be something… eh, anyway. You’re welcome regardless! 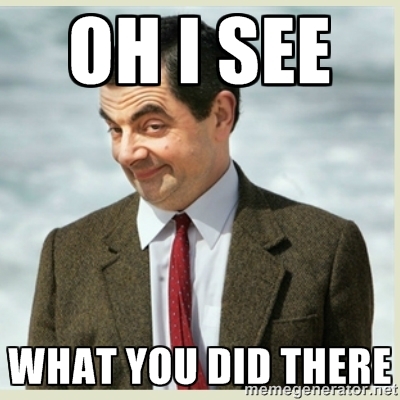 I can certainly agree that whenever there’s debate in the forums it slowly devolves into mudslinging no matter what side you’re on. Though I think that’s more symptomatic of being an internet community, and it’s only compounded by the level of passion people have on these boards.

Once the storm passes and things get sorted out things will be great here again. Sure things are rough around here for now, but without hard times we can’t properly appreciate the good times. The sign of a strong bond isn’t that we never have fights here, it’s that we can fight and come back together to make up afterwards.

Listen the game is awesome. Most of the forums are awesome. Don’t let the backlash get you down. I know it’s easy enough said, I feel the same way reading posts sometimes.
You love playing the game don’t let anyone let you feel different about it

This is the game that I always thought I was playing when I was a boy. I customized the music tracks to be seamless and play them in my car and invite people over for the tournaments. A handful of board members (and everyone knows who they are) think they are amazingly brilliant for being unhappy 80%+ of the time. The rest of us realize there is an amazing amount good and some bad (in my case, the lack of new stages, the taunting/teabagging/multiple ultras and Shakuma Jago), say our peace and thank God that the developers listen to us and let us share our emotions with them. Stick around!